The Go Fund Me set up to support Shad Gaspard's family following his death has already reached and surpassed the $100,000 goal that was set. 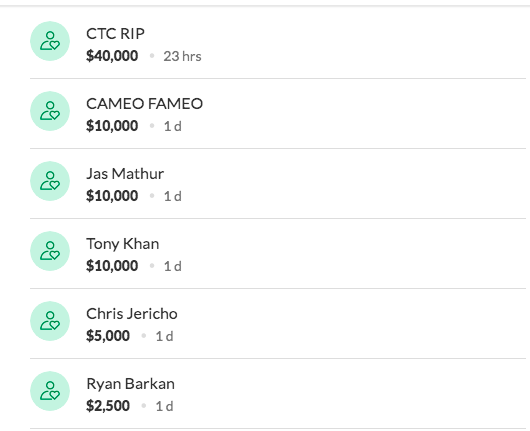 One donation sits at the very top for $40,000 and the name next to it says "CTC RIP", which many relate to John Cena.

While Cena has not publicly taken claim for this contribution, the CTC initials appear to stand for "Cryme Tyme Cenation" for the brief alliance in 2008 when Cena teamed up with Cryme Tyme.

WWE Finalizing Plans For Possible "Hair vs. Hair" Match, Others For SummerSlam 2020

Seth Rollins On Raw Underground: "I Wasn't Entirely Offended By It"

Braun Strowman vs. "The Fiend" Confirmed For WWE SummerSlam