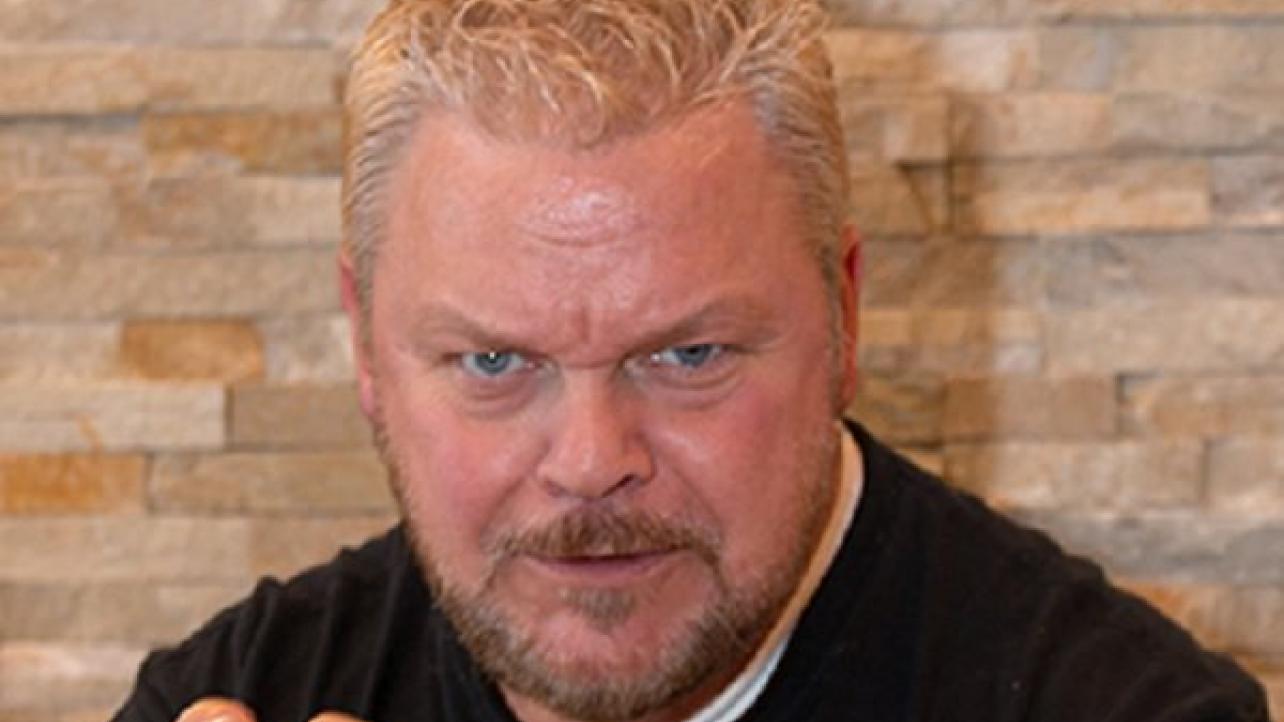 Former WWE Superstar and ECW Original Shane Douglas recently spoke about the upcoming RAW 25th Anniversary, his memories of the early days of RAW and his run as Dean Douglas on the latest episode of The Triple-Threat Podcast. Below are some of the highlights.

On WWE’s upcoming RAW 25th Anniversary: “Raw has been a major staple of professional wrestling (whether Vince wants to call it that or not) and a major part of that history over the last 25 years and as you talked about earlier with the cultural impact of wrestling and how far reaching they are I think it is a hell of an accomplishment that they’ve been able to get to twenty five years. Albeit the last couple of years may be a little sketchy but it is pretty rare that you’d find anybody or any red-blooded American that wouldn’t know what you are talking about if you said to them the phrase “Monday Night RAW”. So in that respect and all of the names mentioned are the certain kind of names that wrestling fans are going to want to tune in to it. “

On his memories of RAW when re-debuting as Dean Douglas: “My first recollection of RAW as Dean Douglas was the episode that was shot in Lansing (Michigan) where we had Bob Backlund involved and X-Pac and I wrestled Scott Hall for the Intercontinental Title. But by that time it was already highly evident that to me anyway that the character (Dean Douglas) that had been explained to me was not the character that they were going to go with on air. So it kind of took on a life of its own and I have very negative memories of my time there in 96. The money was the sh*ts, the travel was brutal even though I was working my ass off every night 28 days on average per month while getting paid peanuts compared to the people I was wrestling. So you won’t hear me say much positive about my time there as Dean Douglas in the RAW days other than I enjoyed a lot of the guys I was on the road with like Dustin Rhodes and many others like Bret Hart, Curt Hennig, Undertaker and I really enjoyed working around those guys and being around those guys.”

On the hours of work that went into the monthly RAW television tapings back in the day: “It was actually more like hours and hours and hours and hours. The crowd got dead after about two hours and there were multiple times and it was a big running joke among the boys that was that you’d go out to the ring and have a match where you might have missed a spot or there was something that Vince wanted that you didn’t put in and they’d stop you behind the curtain and have a towel there for you to towel off and turn around hit the music and send you right back out to do the exact same match you just had finished but including what Vince wanted in the match. So imagine you are sitting as a fan and you see Shane Douglas and Scott Hall go to the ring and have a match and they come back and ten seconds later the music hits and out comes Shane Douglas and Scott Hall to have the exact same match that you just watched with one or two differences that you probably don’t remember because you are so bored of watching the same match you just watched. It was just a crowd killer. I remember the first and second hours usually had a decent crowd response but by the end of that second hour you could hear it draining off and by the third or fourth hour the crowd was just flat. Vince would pipe in the music on the TV show so you’d hear a roar of the crowd but you’d see the crowd sitting there motionless with bored looks on their faces and it was pretty evident that it was piped in sound. To me it was a death-knell and one that I didn’t see the reason for nothing other than overkill to just keep putting on more and more and more matches and sometimes like the old saying goes less is more. To go out there and lose the crowd after two hours on their feet and wanting more is far better than having a crowd going and looking at their watches saying that they are glad to be getting out of there already which was my recollection of a RAW taping back then. They were brutally long and I believe unnecessarily so.”

Check out the complete episode of The Triple-Threat Podcast with Shane Douglas at Podomatic.com.