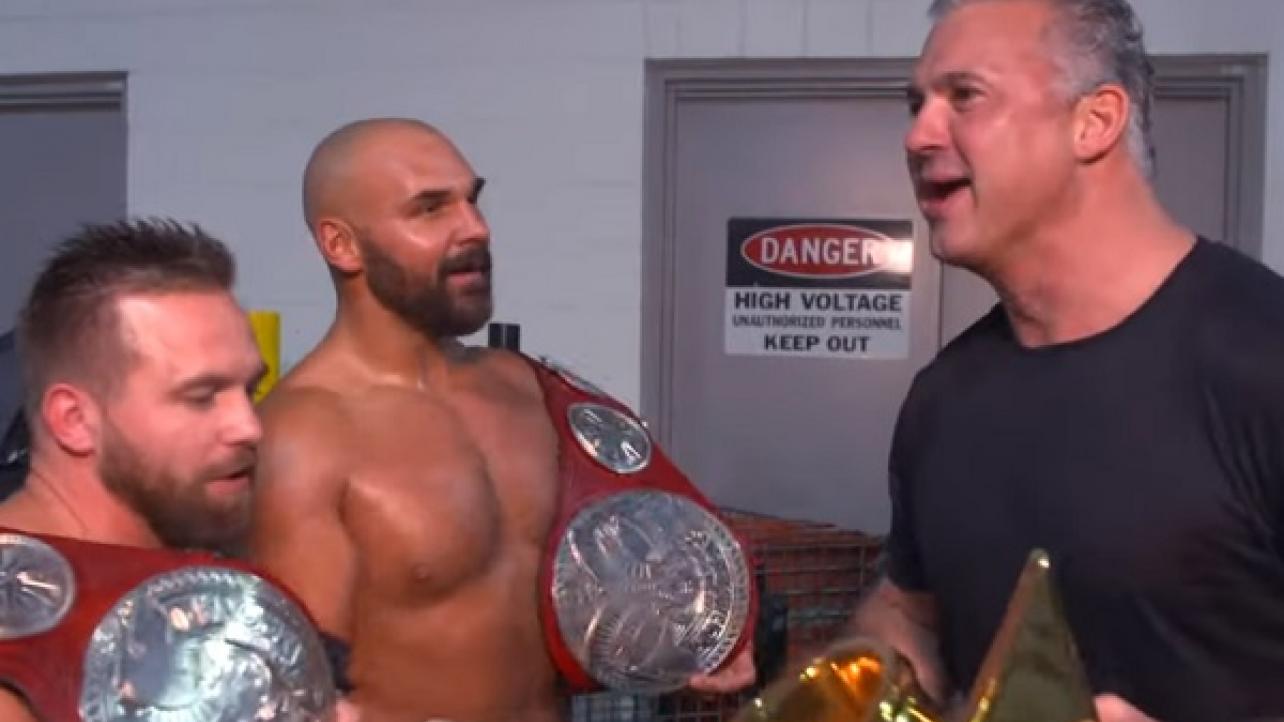 As seen on Monday night’s RAW at the SAP Center in San Jose, California, new RAW Tag-Team Champions were crowned.

Heading into Monday night’s show, WWE initially advertised Zack Ryder and Curt Hawkins defending their RAW Women’s Tag-Team Championships against The Revival in tag-team action. They would later update their RAW preview, adding The Usos to the match.

When all was said and done, Scott Dawson and Dash Wilder captured the RAW Tag-Team Championships by winning the contest.

After the victory, The Revival was doing an exclusive backstage interview for WWE.com about winning the titles when Shane McMahon approached them and invited them to his private party.

Additionally, Ryder and Hawkins took part in an exclusive backstage interview for the WWE website after the match. Check out that video, which features Ryder blaming himself for his team losing the RAW Tag-Team Championships to The Revival, below.

Check out the video below. For those who missed the show, which included The Revival winning the RAW Tag-Team Championships, check out our complete WWE RAW Results (6/10): San Jose, CA.. You can also check out highlights from the match below.