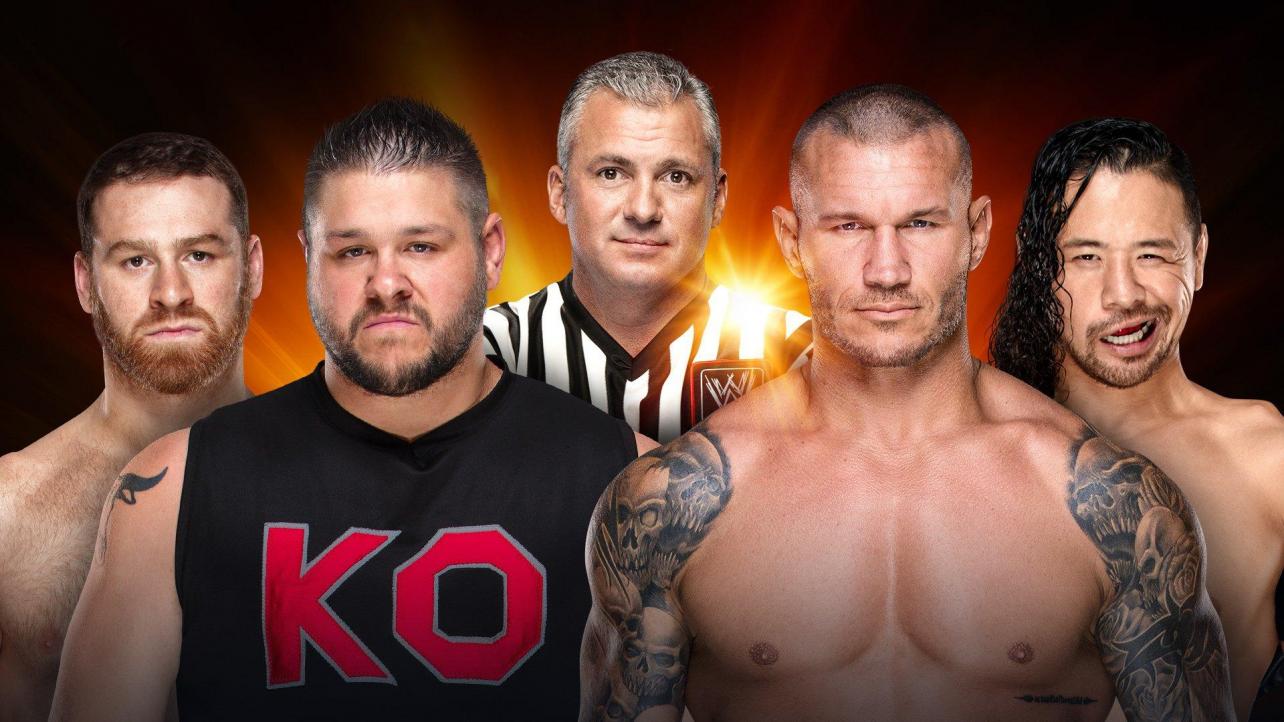 A new match is now official for this month’s WWE Clash Of Champions pay-per-view.

During Tuesday night’s episode of SmackDown Live it was announced that Shinsuke Nakamura will be teaming up with Randy Orton to take on the duo of Kevin Owens and Sami Zayn.

But that’s not it.

It was also announced that SmackDown Live Commissioner Shane McMahon would be dusting off the zebra stripes, as he will be serving as the special guest referee for the tag-team match at the blue brand pay-per-view.

Additionally, If Owens and Zayn fail to defeat Orton and Nakamura, they will no longer have a spot on SmackDown Live, as Shane-O-Mac announced that their careers will be on the line in the PPV match.

WWE Clash Of Champions 2017 goes down from the TD Garden in Boston, Mass. on Sunday, December 17th, airing live via pay-per-view and on the WWE Network.