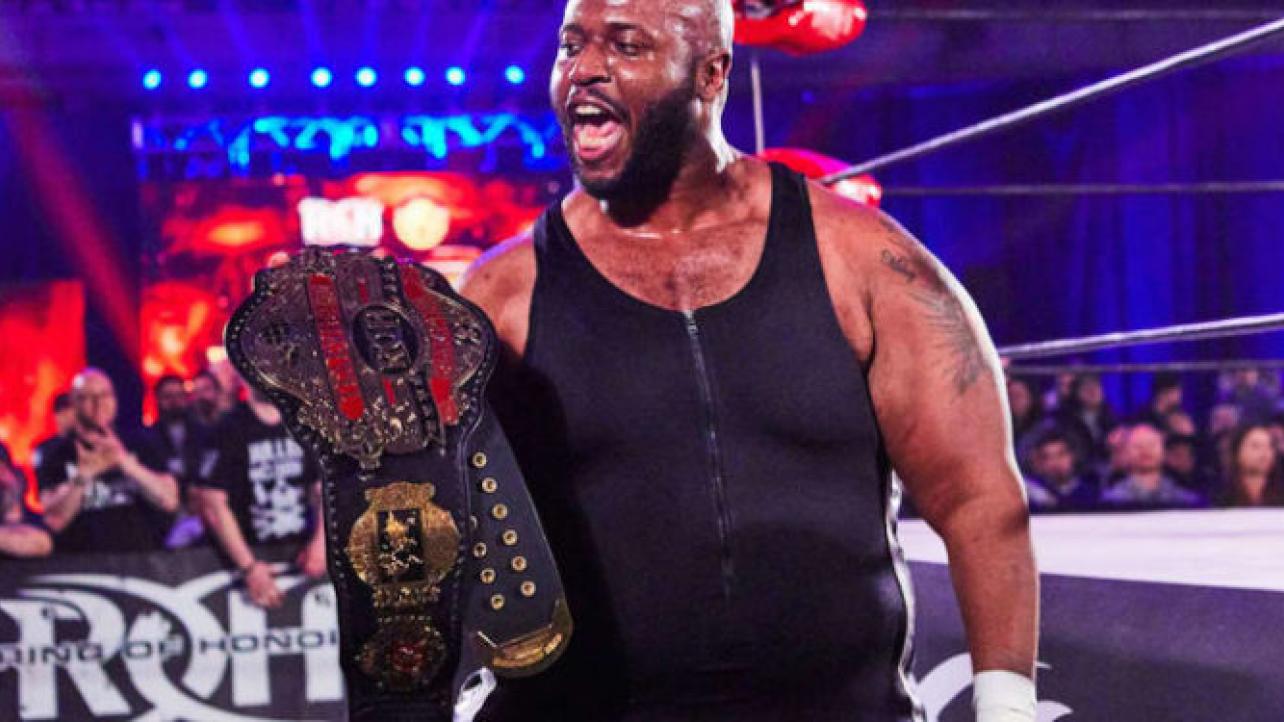 Shane Taylor recently appeared as a guest on the Ringside Mayhem podcast for an in-depth interview covering all things pro wrestling.

During his appearance on the program, the ROH star spoke about turning down the idea to make his character more like a street thug, his feeling that his ROH TV Championship run was overlooked and more.

On turning down an idea to make his character more like a street thug: “I know that there was gonna be an idea pitched because of my background, that people wanted to see me do a more street version of what I’m doing and I shot it down immediately. I think even when it was brought up in a meeting, the people that knew me that were in there were like, ‘You know Shane’s not gonna go for this, right?’ No, no [they didn’t still try to pitch it]. It was told to me and I was just like, ‘Yeah, you know that’s not happening.’ They’re like, ‘We already told them’ so it didn’t even make it to me, you know what I mean? ‘Just so you know, this is what was brought up’ and I was like, ‘Yeah, that wasn’t gonna happen.’ They went, ‘Oh, we know.’ But that’s what I mean about people being lazy. It’s easy to hear, ‘Okay, this kid came from this. Okay, we’ll just play that up.’ Like no. I’m not gonna go out here and be your f*cking minstrel show bro. I’m not gonna do it. Just because I come from a street background doesn’t mean that’s what I’m gonna portray the rest of my life. There’s no growth in that. I’m much more than that, you know what I mean?”

On his belief that he was overlooked during his run as ROH TV champion: “Before, when I was [ROH] TV Champion, I was overlooked. People were, you know, like no stars were brought in for me to wrestle. No stars were brought in from different countries to elevate me as champion. Hell, half the time my name wasn’t even announced on the card. You didn’t know there was gonna be a TV Title match, and we’re talking about, this is a title that Jay Lethal helped made damn near as important as the World Title. Guys like Roderick Strong and Bobby Fish helped, Adam Cole, [Matt] Taven, the whole nine and now it gets to me and granted, when it was Jeff Cobb, aye, Jeff Cobb is the champion. He’s gonna be here, he’s doing this, he’s doing that, dope. But then I get it and it’s crickets. No, I think the fans reacted. I think, for a long time, a lot of people thought that I was just someone who was just happy to be here or I was just like a nice guy, you know what I mean? I don’t know what it was but I definitely know they thought I had a ceiling and they thought I had a plateau that I was gonna reach. The problem is they set that plateau for me. That’s not one I ever saw for myself. So I just smooth went past it, because there is no limit to what I can do. There is no platform, there is no plateau, there’s no ceiling. I’m gonna be exactly who I wanna be and where I wanna be. I know where my place is. A lot of times, it’s just not where they want you.”

Check out the complete interview at Spotify.com. H/T to POST Wrestling for transcribing the above quotes.