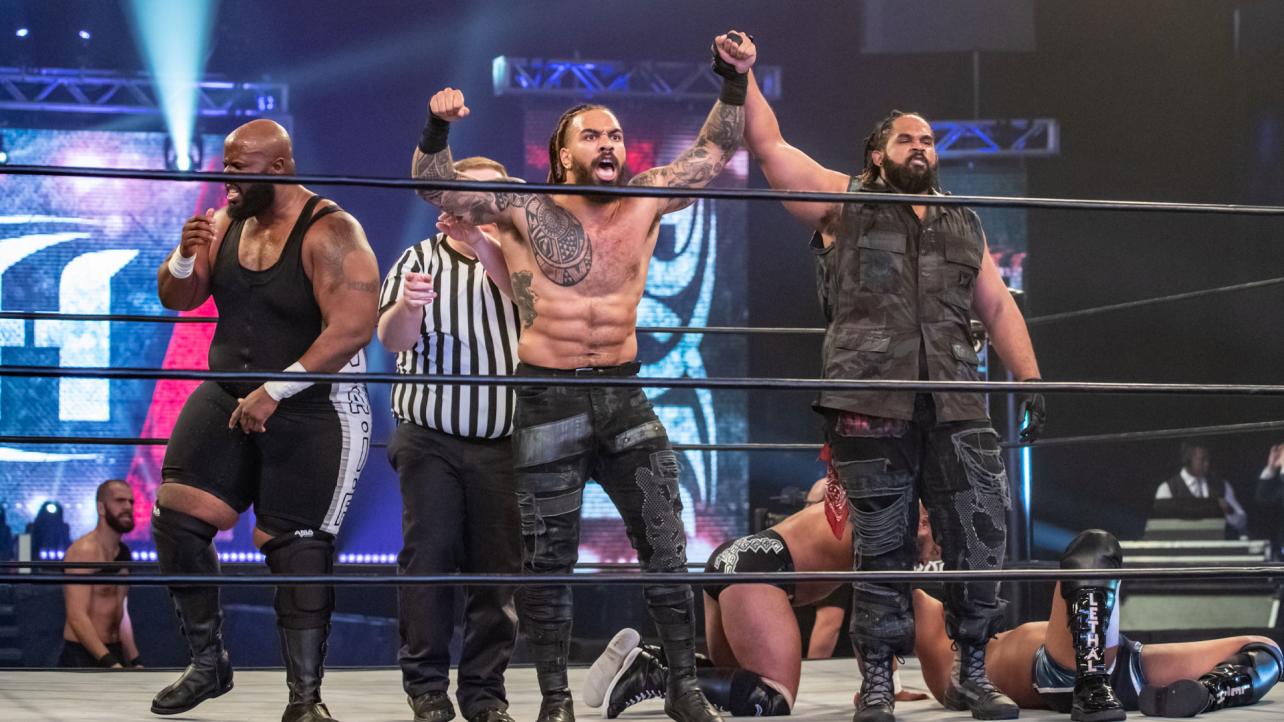 In his recent interview with WrestlingInc., Shane Taylor discussed this weekend’s ROH Best in the World event. Taylor also revealed the match he’s looking forward to the most at Sundayś show, and explained how it feels to carry the ROH Six-Man Tag Team Championship’s. Check out his comments below.

On ROH being the only U.S. based promotion with six-man tag titles:

“I think they do what they’ve always done and that’s innovate and lead by example. Wrestling is a place of variety, so to have the added element of two more people in a match only increases the pace, increases the action, increases the chance of seeing one of those amazing moments that only six-man tag team action can really bring about. You have so many more factors, so many more chances for the match to end. It’s much faster paced, like I said, and when you look at six-man divisions across the professional wrestling landscape, whether it be in Mexico or whether it be in Japan, all of those factors come to the forefront. They’re some of the most exciting matches that you can be a part of because things are so wild, things are so unpredictable. So for us, we are on a mission to not only prove we’re the best three-man unit in ROH, but in the world. I see people with six-man titles in Japan. I see them in Mexico, and at any point in time, if they want it, they know where we’re at.”

On defeating Bandido, Flamita and Rey Horus to win the titles:

“They’re three of the best athletes and performers in ROH, hands down. The key to the game plan for that is obviously being able to stop that momentum, to ground them as much as possible, to make them fight at our pace and impose our will, which is not an easy thing to do against three athletes the caliber of them. But we were able to do that not once but twice. We wanted to prove that it’s not a fluke, that we’re legit as a unit, and we did it under lucha rules, which, for me, is the most impressive thing because anybody can say they’re the best at a style of wrestling when it fits their style. When you create a whole division that is surrounded by and made up of things you do the best, you had better win. So for us, changing the rules to fit us doesn’t make us the baddest team. Doing what we do and walking into your house under your rules the way you want to fight and beating your ass, that makes us the baddest. You can beat anyone at home, but going on the road and and getting the job done, that’s what champions are made of. Styles make fights so people want to see if we can stop them. What happens if they do get going? What happens if they start going aerial? How do we counter that? How do they counter that speed or that size and strength? How do we shut the speed down? These are what makes those matches so enthralling.”

On the match he’s looking forward to at ROH Best in the World:

“Actually, that’s one of the fights that intrigues me the most is Gresham vs. Bennett because I’ve been telling people this whole time, and whether they want to believe it or not, there is a side of Gresham that people don’t get to see. I know it’s there because I know Jonathan Gresham. I see Jonathan Gresham when the suit comes off and when it’s just him. The way his mind thinks, who he is when he turns the light on, he becomes somebody else, that confidence, damn near cockiness, that aggression starting to peek out. So when you tell a guy like Mike Bennett, ‘I don’t respect you going into a title fight,’ or it seems as though, because I’m not saying it, but it seems as though he’s looking past Mike and onto other things. These are those fights you get caught. Those are fights you get caught slipping. These are the ones that you don’t see coming. This is how you get put on your ass. Obviously, the odds are in Gresham’s favor. He’s undefeated. He’s built the division on his back, but everybody’s in Ring of Honor for a reason.”