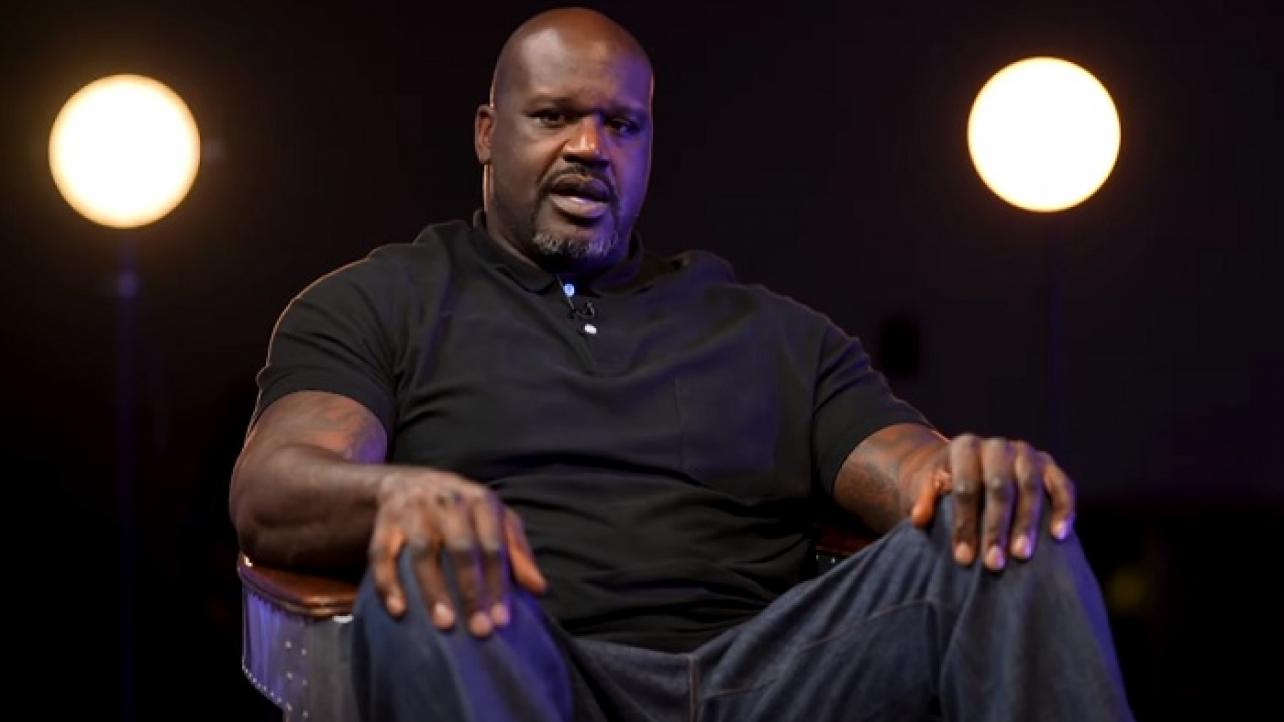 The talk continues to spread regarding a potential squared circle showdown in All Elite Wrestling between NBA legend Shaquille O’Neal and future WWE Hall of Fame legend Paul Wight.

After Shaq took part in a recent interview with Pop Culture, the buzz began picking up about the potential match, which has been rumored for years, dating back to Wight’s run in WWE as The Big Show.

“I hear Paul Wight is still talking trash,” Shaq told Pop Culture. “So I’m going to work out really hard this summer and maybe we can do something really, really soon.”

According to O’Neal, unlike when the match was rumored while Wight was in WWE, there isn’t much stopping the two from colliding in the ring for AEW, where Shaq recently took part in a pro wrestling match.

“There shouldn’t be any problems for us getting together now,” Shaq said. “Last time there was a lot of bureaucracy and red tape. Now there is no red tape.”

He continued, “I’m still kind of sore from that table so I’m going to work out during the summer, pump these muscles up and I’ll be waiting for you, Mr. Paul.”

For his part, Wight still appears interested as well, as he hopped on social media to respond to the interview and the buzz surrounding it.

“I’m not hard to find,” Wight wrote via his official Twitter page in a tweet responding directly to the aforementioned Pop Culture interview with Shaquille O’Neal.

I’m not hard to find. https://t.co/YLKFnWYZpd