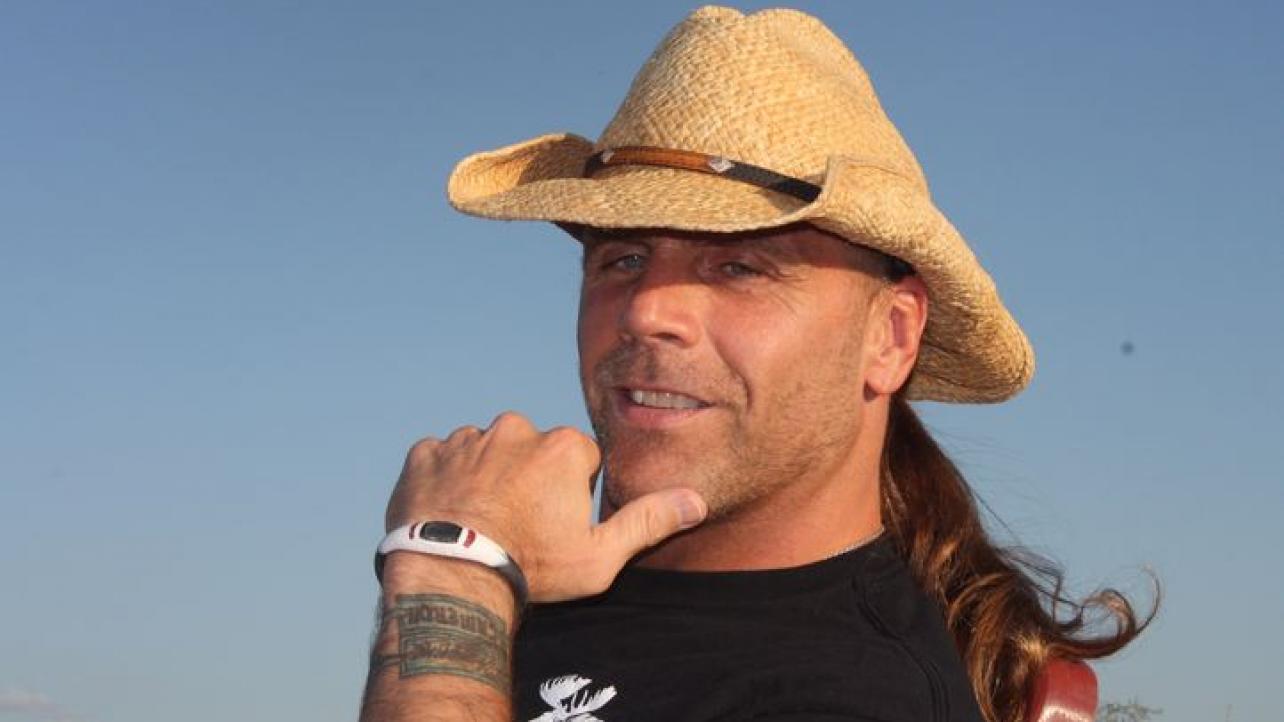 WWE Hall Of Famer Shawn Michaels recently spoke with the folks from The Mirror to promote the upcoming RAW 25th Anniversary special. Below are some of the highlights from the interview.

On rumors of a match against A.J. Styles at last year’s WrestleMania: “There was talk about it possibly happening at WrestleMania. I think he’s an an unbelievably talented young man. I wish I was 10 to 15 years younger because there are so many great guys. But it’s very important to me, I wouldn’t have retired unless I was ready to walk away. I’m flattered that every year when WrestleMania comes up people talk about me coming back, but I enjoy my time with my family, I enjoy watching WrestleMania and I also enjoy watching WWE move into the future.

“It’s very important that continues to happen and the only way for it to do so is for some of us in a dignified way to walk away. Much as it would be interesting to be in there with some of those young men, it’s their time now and I think it’s important that we focus on them and the future of the WWE.”

On if he could have a match against anyone on the RAW roster, who it would be: “Honestly, my answer is always ‘gosh, most of them’. Because there are so many. Being there for so long, I had a match with just about everybody. Now I go and it’s nothing but new and fresh faces. And different styles. You can’t help but think ‘I could do that with this guy and this with that guy’. For me, it’s most everybody because it’s 100% variety. In the eyes of a WWE fan this would be fresh and new because it’s absolutely nothing they have seen before. That was very hard to come by when you were there for a long time. You have to step away for a long time and have that whole deck reshuffled. It’s been almost 10 years since I retired. I’m not trying to dodge the question ha ha. There is just a litany of guys. I can go from Braun Strowman to Finn Balor and then you think about all the different guys between.”

On being part of the RAW 25th Anniversary special with other D-Generation X members: “It will be a blast. It’s one of those things from a comfort standpoint and thinking about all the unbelievable, crazy things we did down the years on Monday Night Raw… it will be something that is in my wheelhouse and a lot of fun to do. The reuniting of DX will be a blast. It’s going to be simulcast, which I don’t think has been done for quite a long time, from the Barclays Center and the Manhattan Center. I think there will be a lot of exciting things going on that night. And I say that because I have found out absolutely nothing! People keep asking me, which one am I going to be at, and I don’t know yet. I think they might keep all of us in the dark, until right before show time, so it’s exciting for everybody.”

Check out the complete Shawn Michaels interview at Mirror.co.uk.