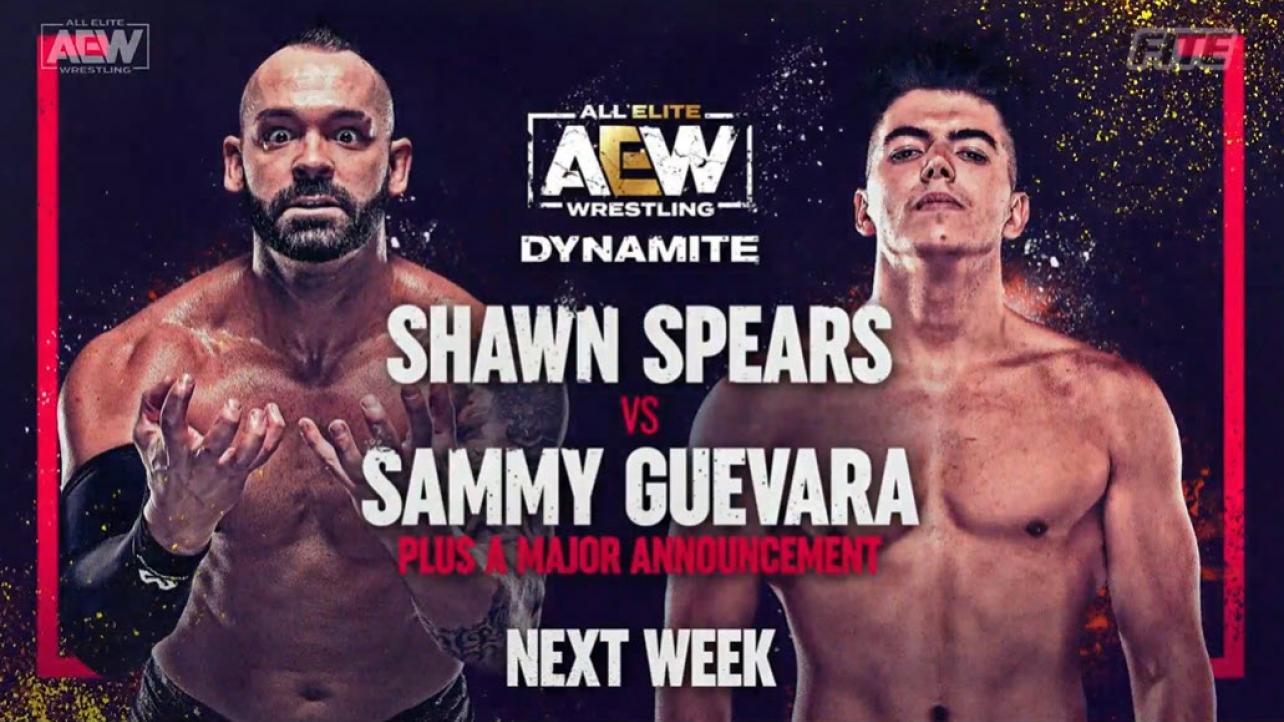 “The Chairman” of AEW is coming to next Wednesday night’s Dynamite with a clear-cut mission.

Shawn Spears of the MJF-led Pinnacle faction in All Elite Wrestling took to social media on Saturday morning to send a message to Sammy Guevara ahead of their showdown on next week’s AEW on TNT program.

Scheduled for Houston, Texas, as noted, Spears-Guevara is one of a handful of exciting matches scheduled for the show, with “The Spanish God” of the Chris Jericho-led Inner Circle faction also scheduled to make a major announcement.

Ahead of next week’s Dynamite, Spears took to Twitter to share the following message to Guevara before they meet inside the squared circle on Dynamite.

“We end this. I end you. Sammy Guevara … #TheChairman cometh. #AEW #AEWDynamite.”

Check out the tweet below, and make sure to join us here at eWrestling.com next Wednesday night for AEW Dynamite results coverage from Houston, TX.