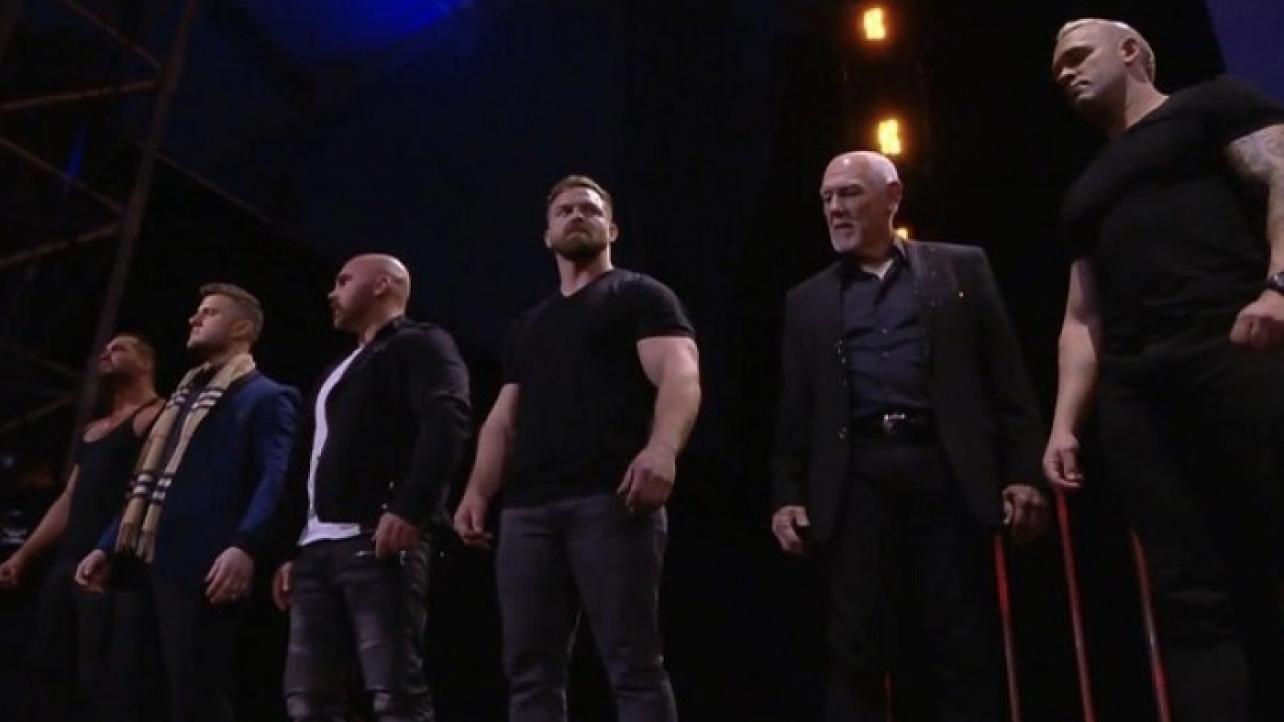 Shawn Spears has sounded off on the new Inner Circle faction that was formed at the conclusion of this week’s edition of AEW Dynamite on TNT.

As seen during the closing moments of this week’s post-Revolution pay-per-view edition of AEW Dynamite, MJF turned on Chris Jericho and The Inner Circle to reveal that he has formed his own Inner Circle.

Maxwell Jacob Friedman has aligned himself with the new faction, which features the aforementioned Spears, his longtime bodyguard Wardlow, as well as FTR — Dax Harwood, Cash Wheeler and Tully Blanchard.

Following the post-PPV edition of the weekly AEW on TNT program this past Wednesday evening, “The Chairman of AEW” took to social media to comment on MJF’s Inner Circle and the reaction that it has received thus far from the fans of AEW.

“Bitch and moan all you want,” wrote Spears in regards to the reaction from the fans. “It’s happening.”

He added, “There’s a reason all of you that complain are on the other side of the guard rail….You can’t do what we do, but desperately wish you could.”

In conclusion, Spears wrote, “And we know that you’ll still watch us. #NewEra.”

Check out the aforementioned tweet, which also includes a photo of the new MJF Inner Circle faction from the closing moments of the 3/10/2021 episode of AEW Dynamite on TNT via the post embedded below courtesy of the official Twitter feed of Shawn Spears.

Bitch and moan all you want. It’s happening.

There’s a reason all of you that complain are on the other side of the guard rail….

You can’t do what we do but desperately wish you could.

And we know that you’ll still watch us #NewEra #AEWDynamite @AEW pic.twitter.com/Q0LBf7KpcB