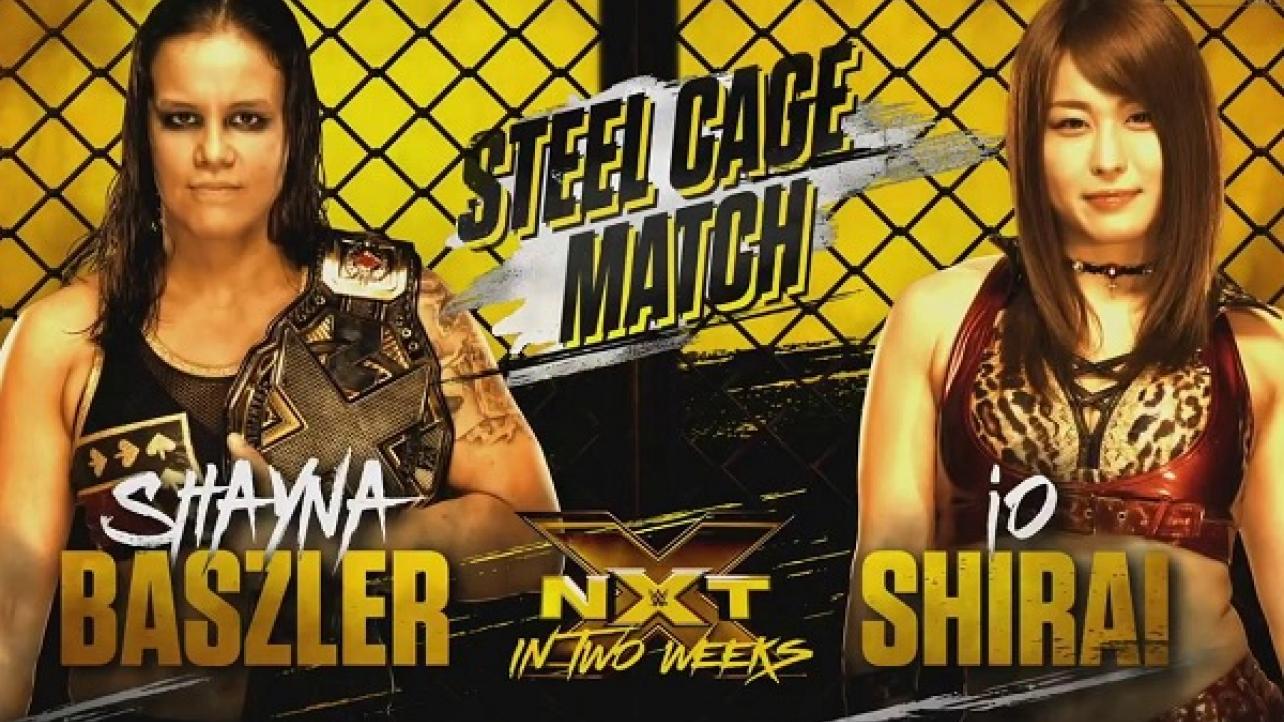 In two weeks, the longstanding rivalry between Shayna Baszler and Io Shirai will finally come to a conclusion.

WWE has announced a Steel Cage Match for the NXT Women’s Championship with “The Queen of Spades” defending against “The Genius of the Sky” at the Wednesday, June 26th episode of NXT TV on the WWE Network.

When a rivalry grows as ferocious and hostile as the one between NXT Women’s Champion Shayna Baszler and Io Shirai, there’s only one solution for containing the fury: A Steel Cage Match.

On the heels of their classic battle at TakeOver: XXV, The Submission Magician and The Genius of the Sky will collide in an NXT Women’s Title rematch inside a steel cage on the June 26 edition of NXT, streaming exclusively on the WWE Network.

Although Shirai fell short of dethroning Baszler at TakeOver: XXV, the match undoubtedly ranked among the champion’s toughest challenges to date. Baszler experienced a painful reckoning after the bell, too, as Shirai — in retribution for The Queen of Spades’ many misdeeds in the weeks preceding the match — used a Kendo stick and a steel chair to dish out an uncharacteristically ruthless attack on Baszler, leaving several battle wounds on the titleholder. The enmity only escalated on June 12, with the two Superstars throwing down in a wild brawl that sprawled throughout the arena.

Tune in to this historic clash for the title — the black-and-gold brand’s first-ever Women’s Cage Match — when NXT streams Wednesday, June 26, at 8/7 C on the award-winning WWE Network.

.@shirai_io and @QoSBaszler will square off inside a STEEL CAGE in two weeks on #WWENXT! pic.twitter.com/nG7qcSemtg