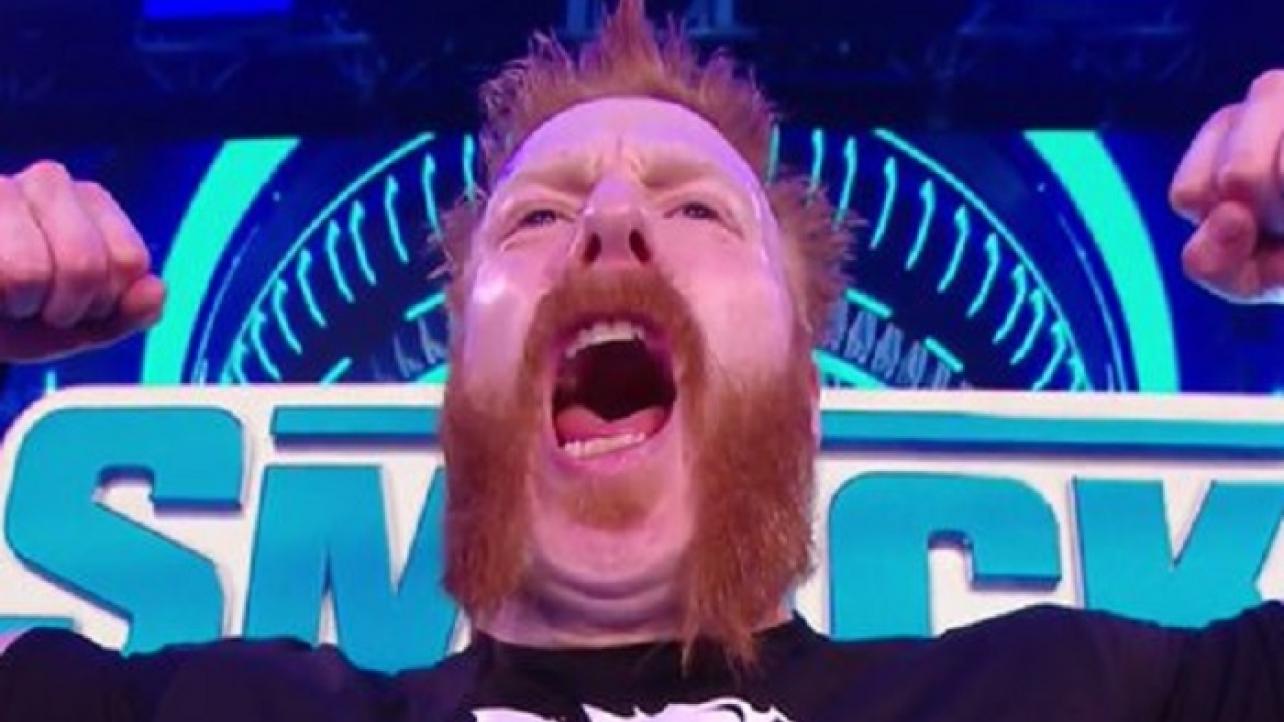 Sheamus Comments On His Longstanding History & Relationship With Drew McIntyre

WWE superstar Sheamus was recently interviewed by TalkSport to discuss his relationship with current WWE champion Drew McIntyre, and how their chemistry together stems from just being able to be themselves. Highlights can be found below.

Says his story with Drew McIntyre goes back to their FCW days:

When we were in FCW, Drew was tagging with Wade Barrett so it was kind of a UK thing. So we never really did tag together. We may have had some small ones in FCW, I know we had FCW title match, but I was already on my way up to the main roster at that stage. It’s great, we’re both in different parts of our career now and different parts of life, it feels good right now. If we keep going with the story and building on it, I think it gives Drew a chance to show a different side of him in the backstage stuff we have and the promos we have.

Says they’ve both talked about main eventing Mania against each other:

It would be fun, especially if it led to something. I’ve been tag team champion five times, but the one title I want and need is the IC belt. So that’s really my main priority to accomplish before my career is over because then I can call myself the ultimate grand slam champion. There’s nothing left for me to win! Having a title is great, that’s been the highlights of my career, but I’ve found this in the past: if you’re not really in a story or doing anything, if there’s no emotion, feud or story with someone, it just takes the lustre of that title. So I think if the titles are used to lead to something else, that’s always a winner. And if that was the case with the tag titles, I’d 100 percent be behind it. I also want to tag with Drew – it’s a lot of fun.

Says when they are in front of the camera together they’re just being themselves:

It’s obviously from creative, but once we’re in front of the camera, it’s just us and we make it our own. That’s one thing that happened early in my career I felt; I had a lot of success early but I got a lot of stick and I think I was too concerned with sticking to the script and saying exactly what was on the page, even if it didn’t feel right. If it doesn’t feel right, the people watching, they know something’s not really right or authentic. And I feel like in the past couple of years I’ve mellowed out a lot. I’m not so concerned with hitting every word on the page, I’m more concerned with taking what’s given to me and making it my own.

On helping Big E with his push:

When I did the stuff with Big E, I knew he was stepping out of his role with the New Day which was a family fun kind of thing, guys wearing unicorns and very kid friendly. My goal with the Big E thing was to, not lose that, because that’s a great, endearing part of him, but I wanted to bring another side to him with the street side that we had. Now you’re seeing an aggressive side of Big E. Yeah, he can have fun, but he can also step up when he needs to step up and fight. Same thing with Jeff Hardy. I just care about having banger matches.

Sheamus Comments On His Longstanding History & Relationship With Drew McIntyre