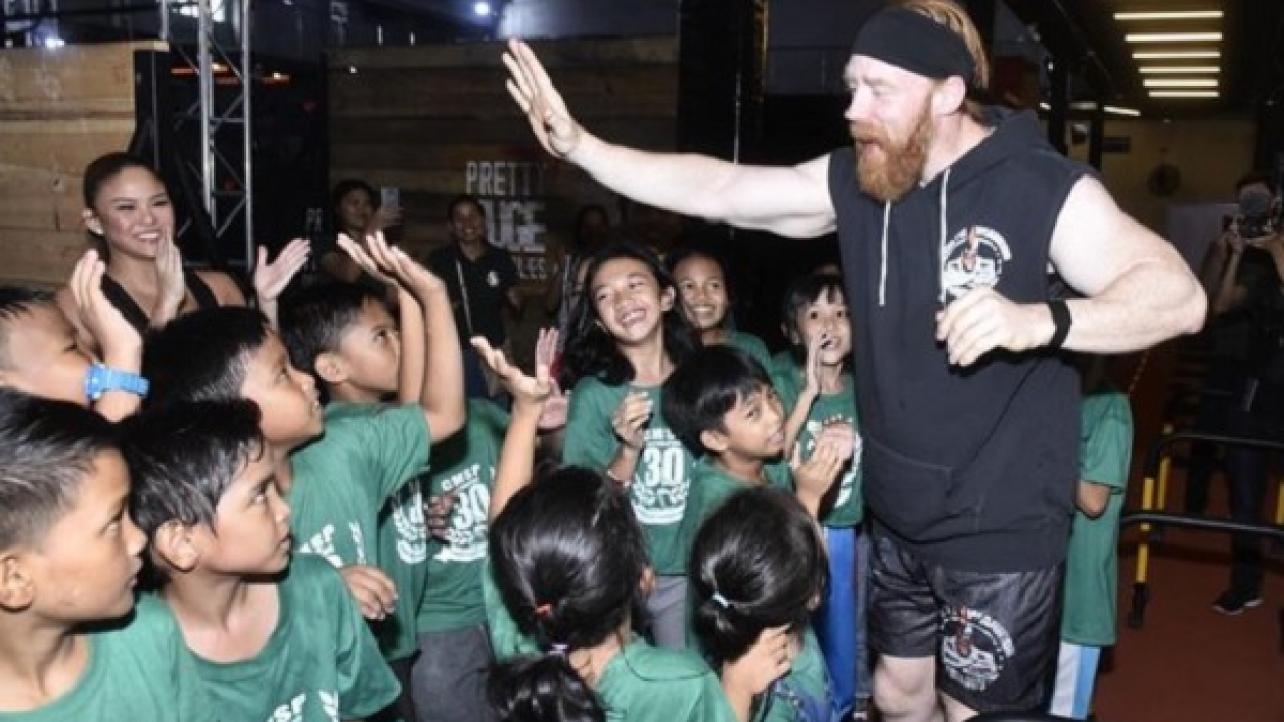 Sheamus Says He Misses The Ring, Talks “Trying To Get Better” For WWE Return, More

Sheamus recently spoke about his itch to return to the ring for WWE during his recent promotional trip for the company in the Philippines.

During his trip to the market this week, Sheamus spoke with Spin.ph following a WWE hosted press conference about missing the ring.

“I’m trying to get better,” said ‘The Celtic Warrior’ during the interview. He also stressed the urgency he feels to get back in full ring-shape before returning to the squared circle for WWE.

Check out the complete Sheamus interview at Spin.ph.

Also during his trip, Sheamus checked in on his official Twitter page several times with various video clips, photos and comments. Check those out below.

Arrived in Manila, they made me a cake. Perfect for a fella, it tastes of vanilla!
Thank you @WWESEAsia… who wants to workout in the Philippines? pic.twitter.com/QIVVOGWsD7

Found so many Celtic Warriors ready to workout with The Fella in Manila. https://t.co/PyXq4xGwNT

The Fella in Manila. pic.twitter.com/K0odBIXelW

Great workout today with the AMAZING kids of Manila at #PrettyHugeObstacles… probably my toughest one yet! #BraveChange pic.twitter.com/9SwoIIycSm

Sheamus Says He Misses The Ring, Talks “Trying To Get Better” For WWE Return, More