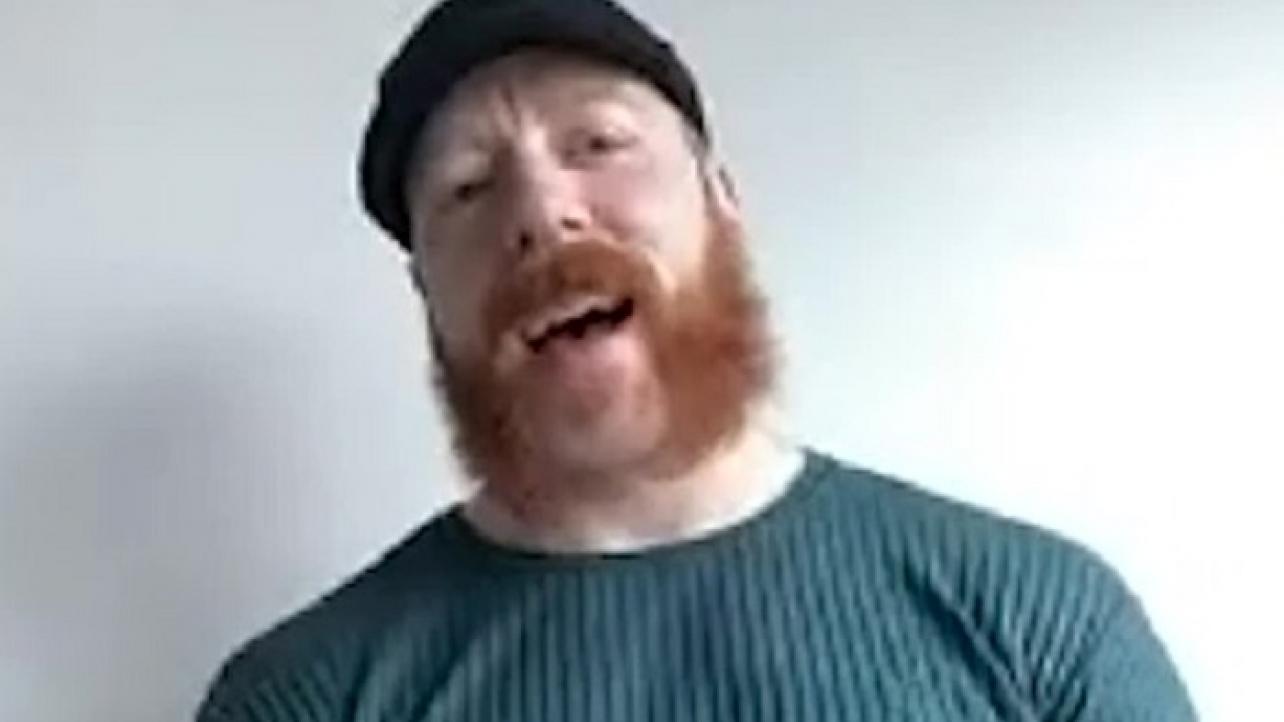 Sheamus Talks About Working With Young Talent, Striving To Get The Best Out Of Them

As noted, Sheamus recently joined Ryan Satin for an in-depth interview on his “Out Of Character” podcast.

In addition to the highlights we recently published from the interview, “The Celtic Warrior” also spoke about mixing it up with younger talent and striving to pull the best out of anyone he works with.

On mixing it up with young talent and hoping to continue to improve to have great matches and make everyone look good: “I feel like, the last couple of years, I feel like I’ve mixed in with the lads and the new talent. There are a lot of veterans like myself and I love it. I love an opportunity to go out there with Humberto (Carrillo) or Ricochet or Keith Lee or Riddle. I love going in there with the new lads and tearing it up. I love that role, just getting an opportunity to bring something out of the young fellas and get them show who they are. The stuff I did with Riddle was so much fun. We were both out for the match. At WrestleMania, we were coming up with ideas for each other, that’s how awesome it was. It was like, ‘You hit me with this, I’ll hit you with that, it’ll be great.’ That’s the vibe it’s been. We’re out for the match. I firmly believe everyone should be out for the match. This shite of being out for yourself and making yourself look good, I just want to have great matches and bring something out of these young kids. I won’t be there forever. Trust me, I’ll hold on. I’m in better shape now than I was ten years ago and you’ll have to drag me out of the door, but I love bringing this energy out of the young fellas and having these bangers matches and getting to show the audience something they haven’t seen before.”

On how he has brought out the best in the wrestlers he works with: “I feel like I’ve always had solid and hard-hitting matches, but because I was hated so much by the online community it was like, ‘This lad carried Sheamus to a great match.’ There’s a theme there, Sheamus was in all those matches. That’s what motivates me. I don’t take it personally. Now, I’m at the point where, Humberto has been great, obviously, he smashed my nose in, but that happens. I can’t choreograph the physicality of other people. I want to show people how good (Humberto) is. He’s unbelievable and he’s young and good looking. I hate that he’s good looking. I was slapped with the ugly stick. Him and (Ricochet) and Riddle, he’s off to the races. He’s got his character nailed and he’s having great matches. His personality and character, people love and you don’t know what he’s going to do next. Keith Lee is back and people love Keith. I love being in there, mixing it up, and dragging it out of them. I tell them, ‘Don’t be afraid to hit me. I’m gonna hit you.’ They’re not afraid. It’s great to see the intensity from these kids. They’ll be going when I’m not around and when the young lads come in (when they are the veterans), they have to bring that intensity out of them. That’s the cycle and keeps the business going.”

Sheamus Talks About Working With Young Talent, Striving To Get The Best Out Of Them