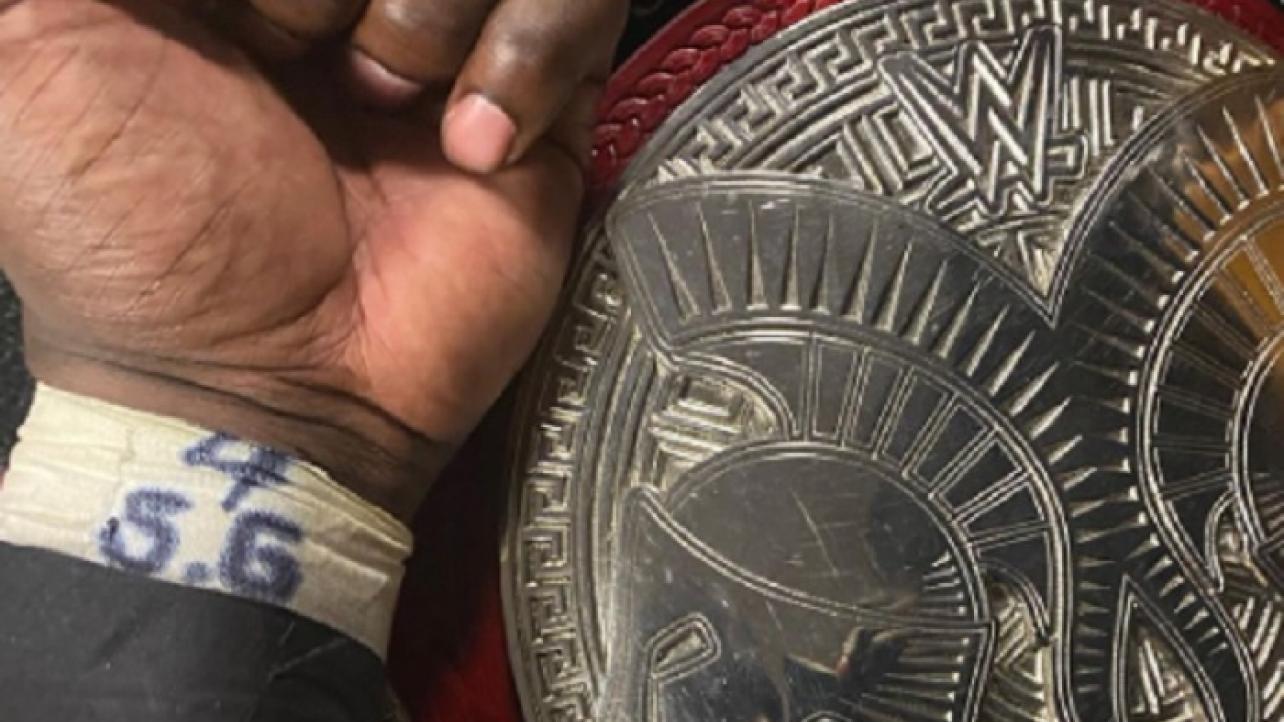 One-half of the new Raw Tag-Team Champions, Benjamin, who along with Cedric Alexander helped bring additional gold to The Hurt Business to add to the WWE United States Championship held by Bobby Lashley, took to social media to post a message in honor of the former Cryme Tyme member after the WWE year-end PPV event on Sunday night.

“This ones for you Shad,” wrote Benjamin via his official Instagram page, along with a photo of himself accompanied by the late pro wrestling star Gaspard.

The post also features a photo of Benjamin revealing that the wrist tape he wore during the bout at WWE TLC 2020 at the WWE ThunderDome II structure inside of Tropicana Field in St. Petersburg, Florida, which featured the initials “S.G.” in honor of Shad Gaspard.