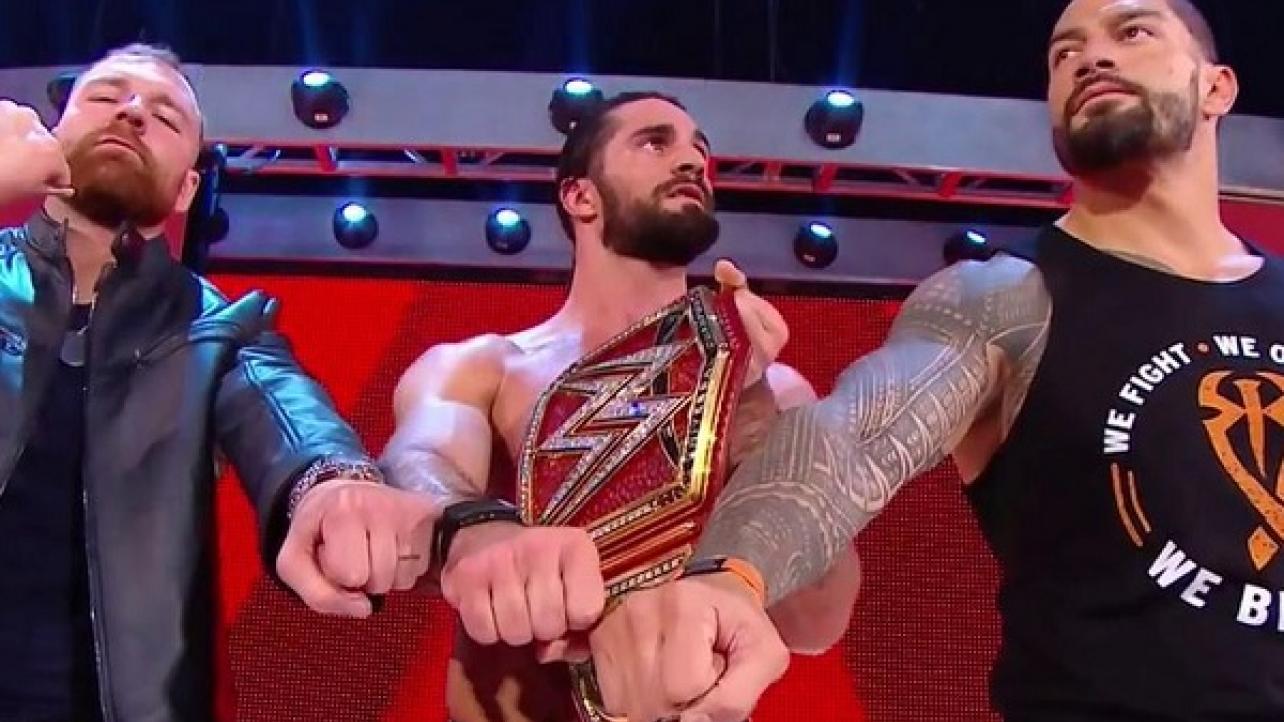 After the post-WrestleMania 35 episode of WWE RAW on Monday night, a special send-off for The Shield was held.

In particular, Dean Ambrose was given a send-off, as Seth Rollins took to the microphone after the show went off the air, requesting that Roman Reigns and Ambrose come down to the ring.

“The Architect” told Ambrose he loved him. Ambrose then said that Rollins winning the WWE Universal Championship at WrestleMania and Reigns returning from leukemia are two of the sweetest sights he’s ever seen.

Ambrose would go on to talk about The Shield’s history at the Barclays Center, noting it’s where they made their in-ring debut. He put over the fans who come from all over the world for WrestleMania weekend. He bowed to the crowd and then The Shield posed to end the event.

Check out video footage of the special send-off for Dean Ambrose and The Shield below.