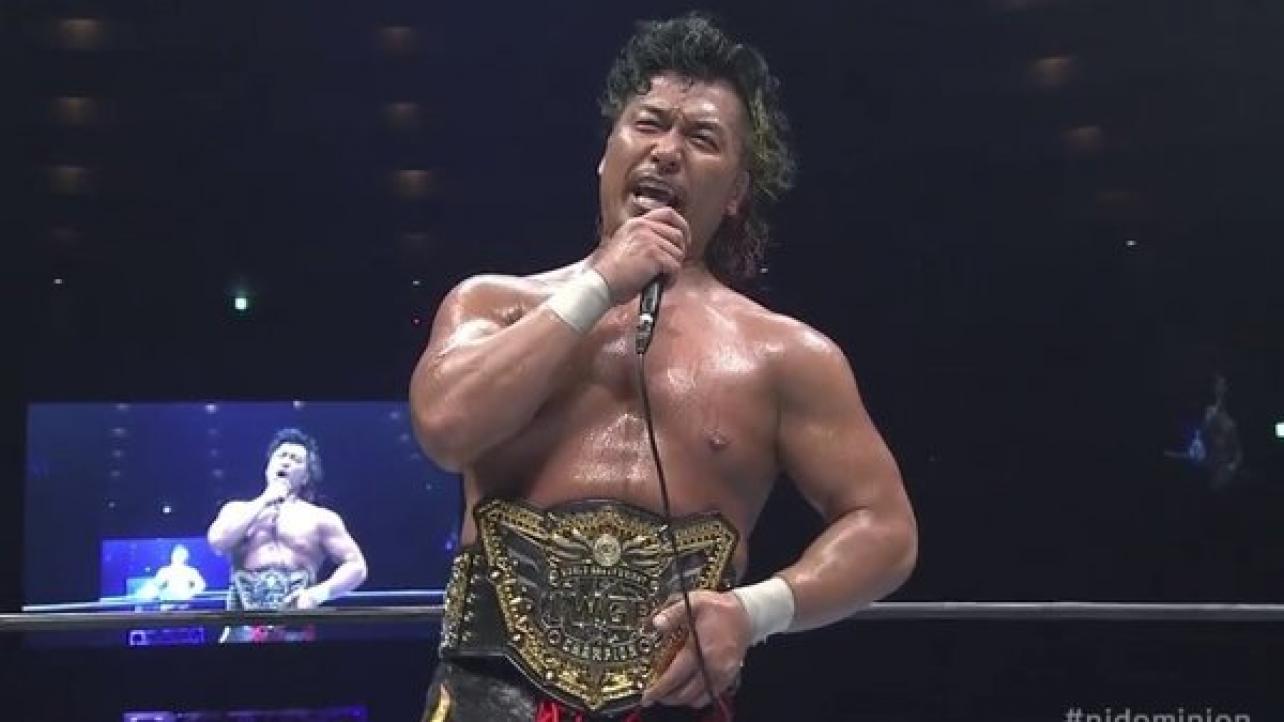 New IWGP World Champion Shingo Takagi recently spoke with the NJPW press about a wide range of topics, most notably how he’s feeling carrying the promotion’s top prize, and what his thoughts were on Will Ospreay having to vacate the gold due to injury. Highlights are below.

On elevating the IWGP World Title:

“I’ve said this before, but it isn’t about what you hold, it’s about who holds it. If there isn’t that color to the belt yet, if there is still that sense that it’s not established yet, well I’ll establish it in my own image. If people can’t see the value in it, then I will create value in it to see. I think the very fact I beat Okada for this at Dominion, the title was elevated a little by my winning it. All I did was fight the way I always do, produce results, and win. But the response that got, about what an achievement that was, it indicated to me that the prestige had been elevated, don’t you think?”

On Will Ospreay vacating the title:

“There was a lot to process with it. That our match was that rigorous, that tough, that I pushed him to have to vacate. But then, the fact that even through all that pain he refused to lose; that’s incredible resolve. And then, the fact that I couldn’t beat a guy who was clearly that badly injured, that was a little crushing to be honest. But you can’t doubt the man’s heart.”

On whether he’s spoke to LIJ teammate Tetsuya Naito yet:

“Not yet, no. You know, before I challenged against Will Ospreay on May 4 we had a word or two before I made my entrance. That’s why I assumed he’d be watching, but I saw his column in Weekly Pro-Wrestling magazine and he said he felt too jealous to watch. I think that’s a lie though; he definitely watched.”