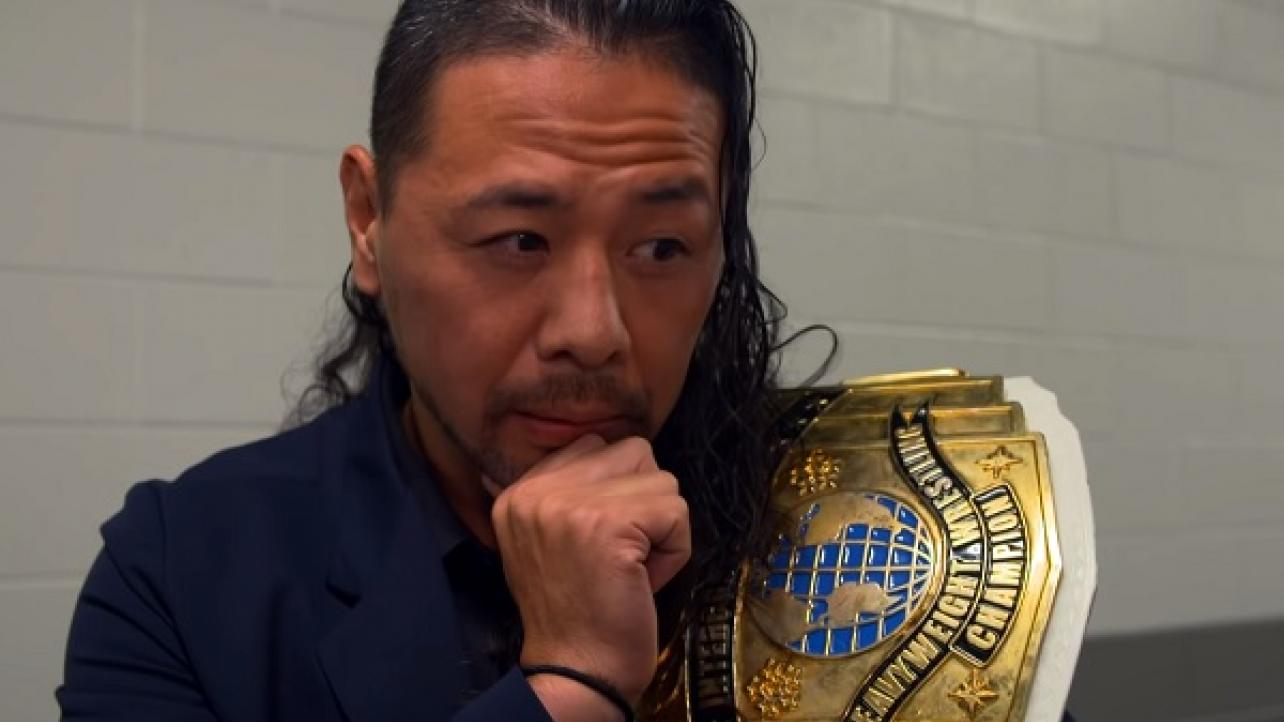 Shinsuke Nakamura/SummerSlam Update: Will He Have A Match? Who Is His Opponent?

After the WWE SmackDown LIVE broadcast went off of the air on the USA Network on Tuesday evening, WWE’s official website caught up with WWE Intercontinental Champion Shinsuke Nakamura to ask him if last week’s non-title loss to Ali is still affecting him.

He continued, “But he got the chance already at WWE Smackville [and] he lost, so I think I don’t need to care about him anymore.”

The WWE Intercontinental Champion concluded, “Right? Thank you. Next …”

Whether last night’s happenings were irrelevant in terms of WWE changing plans for Nakamura’s match at this Sunday’s WWE SummerSlam 2019 pay-per-view at the Scotiabank Arena in Toronto, Ontario, Canada remains to be seen.

The belief among many is that Nakamura will end up being a late-addition to the WWE SummerSlam 2019 lineup, perhaps in a “Kickoff Show” match slot, and likely against Ali.

Check out the complete Shinsuke Nakamura post-show interview from backstage at the Little Ceasars Arena in Detroit, Michigan below, and make sure to join us here at eWrestling.com on 8/11 for live WWE SummerSlam 2019 results coverage!

Shinsuke Nakamura/SummerSlam Update: Will He Have A Match? Who Is His Opponent?