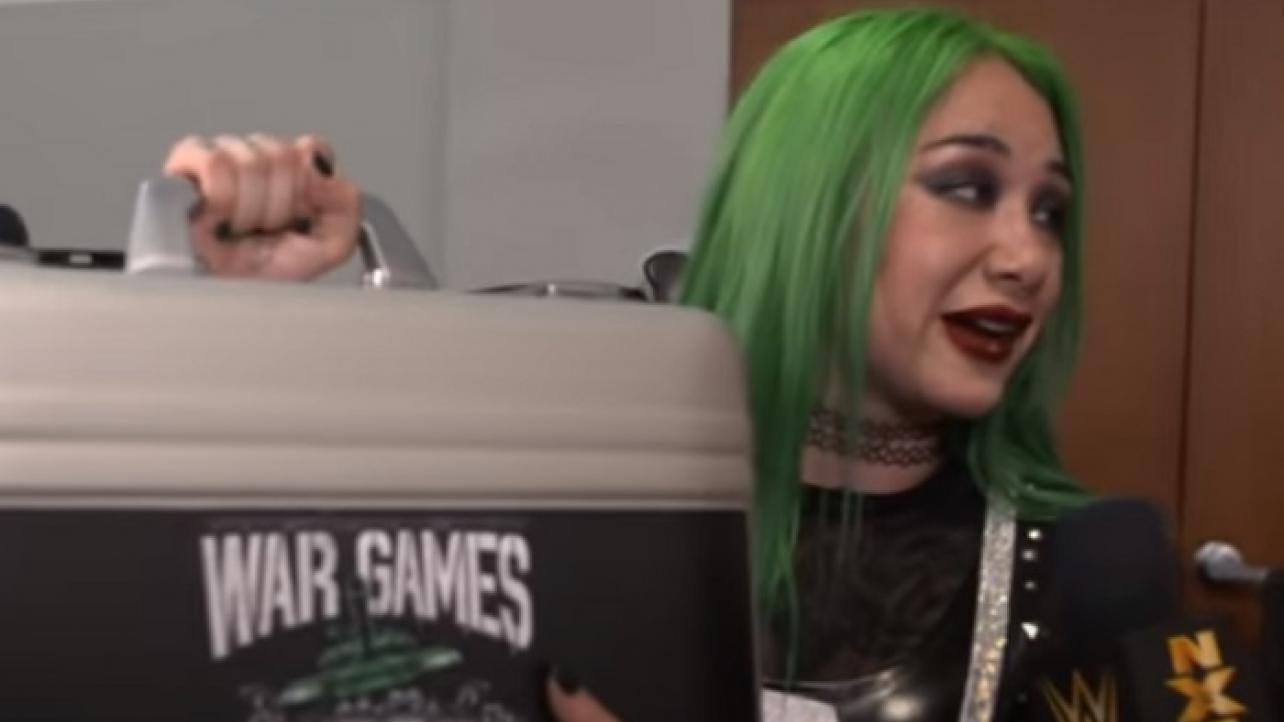 Shotzi Blackheart has something up her sleeve for the upcoming showdown at NXT TakeOver: WarGames.

The captain for her team in the Women’s WarGames match at this Sunday’s live WWE Network special event spoke in a “WWE Network Exclusive” interview backstage at the Capitol Wrestling Center in Orlando, Florida following this week’s “go-home” episode of WWE NXT on the USA Network on Wednesday evening.

During the interview, Blackheart told McKenzie Mitchell her thoughts on “The Genius of the Sky” Io Shirai being added to her team.

“I feel really, really good,” Shotzi said. “Io is a champion, she has already won many wars, so to have her on my team makes me really, really confident.”

Additionally, Blackheart was asked about her team earning the advantage in the WarGames match.

“Yes and you know, if Io wasn’t already enough to make me confident, this right here [the advantage briefcase] makes me feel really good,” she said.

From there, Blackheart then teased some more surprises during the bout this Sunday night.

“I just want to mention, you know, we have Io, we have our final four, but there are a few more surprises,” said Blackheart, before letting out an interview-closing howl.