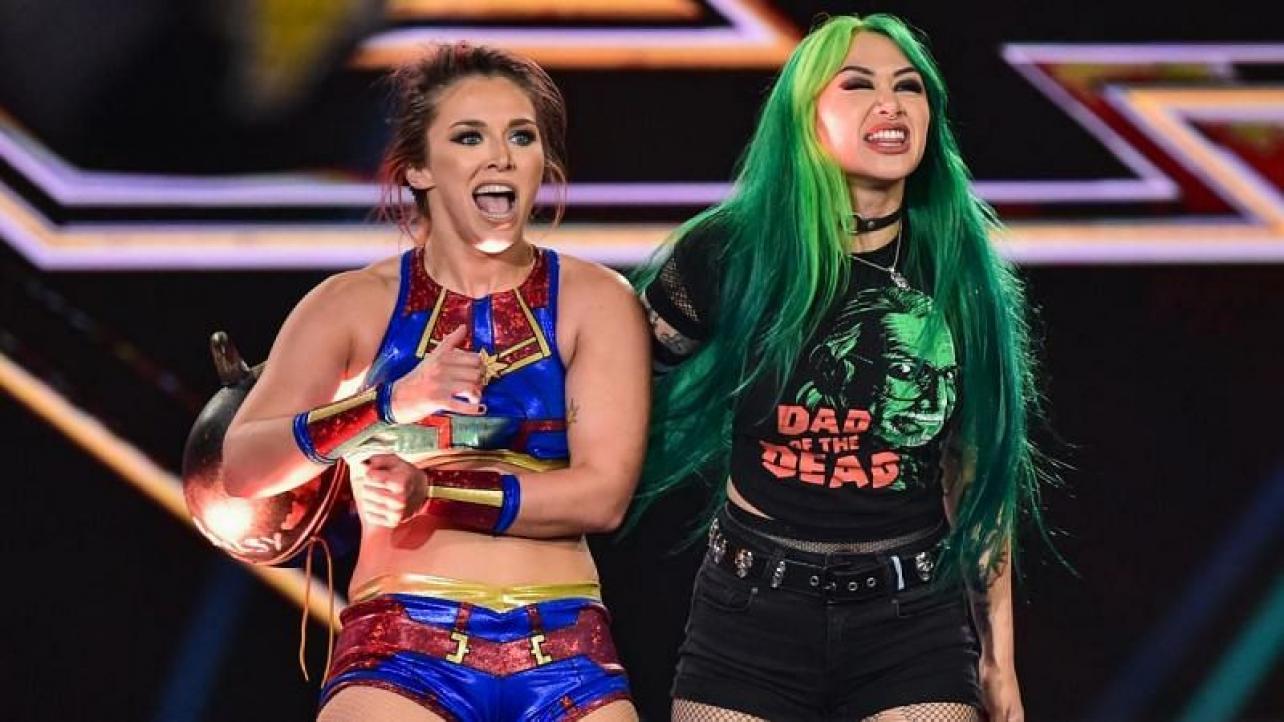 During their interview with Metro, WWE Smackdown Superstars Shotzi and Nox discussed their recent call-up to the WWE’s main roster. Shotzi and Nox also recalled the reaction from the Smackdown women’s division, and more. Take a look at their comments.

Nox on finding out she and Shotzi were being called up:

“We pretty much found out the day of SmackDown, after the match, that we were getting called up. We knew we were having a tag match on TV but we didn’t even think we were getting called up until after the match. John Laurinaitis was like, ‘Congratulations, welcome to SmackDown!’ Like, oh – I guess we go here now! I assumed it would be something like when we did the whole invasion angle with NXT attacking SmackDown and Raw. I just assumed it was something like that, maybe happening at SummerSlam. ‘No, you’re on SmackDown now!’ Oh, ok – thank you!”

Shotzi on the “chaos” of being called up:

“I’m just used to the chaos now. Things change all the time, everything happens so quickly so you really have to be ready for anything being a WWE superstar!”

Nox on the Smackdown women’s locker room reaction to the call up:

“Tamina’s been really really good. She’s a mother to the entire women’s lockerrom anyway, but she calls us babies because we’re the babies of SmackDown now. That entire women’s lockerrom – including the men’s – they’re so nice and supportive. They wanna help you succeed, which I didn’t thing was gonna be a situation. I thought us being the new girls, ‘Oh God, no one’s gonna want to wrestle us!’”