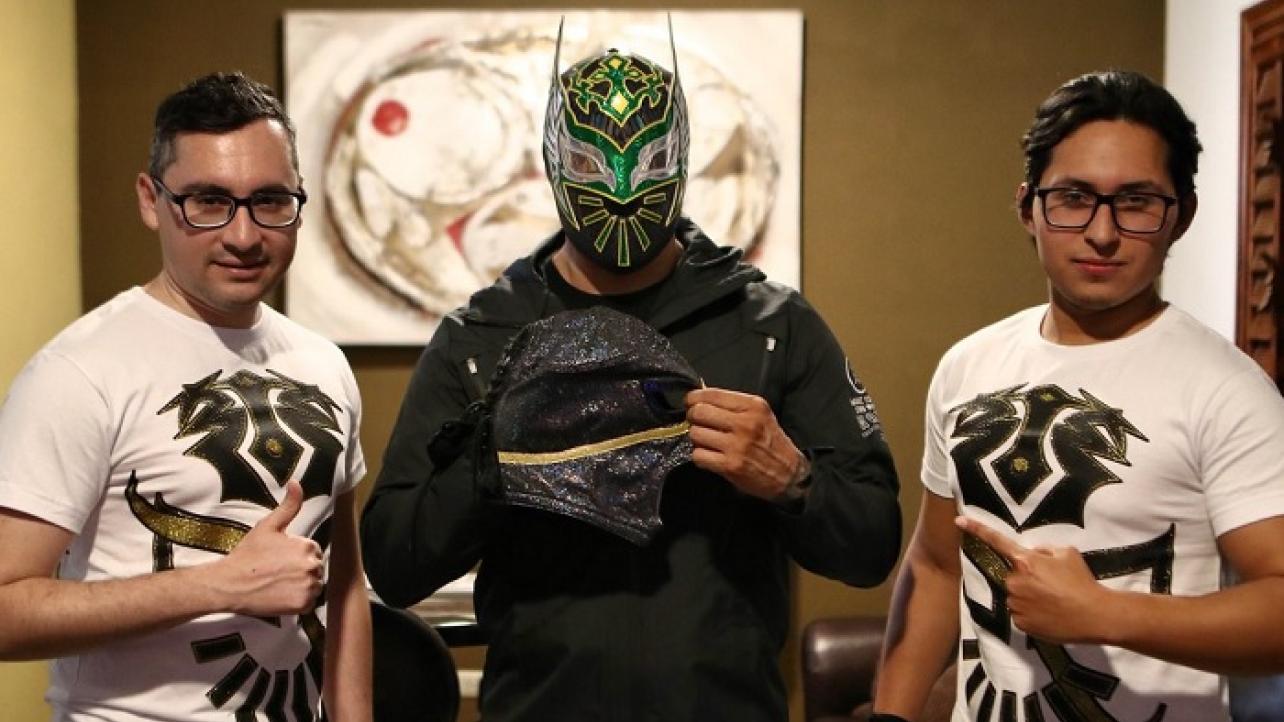 After recently parting ways with the company, Sin Cara is preparing for life after WWE, as he has announced the new ring name and mask he will use going forward when working pro wrestling events.

Recently released former WWE Superstar Sin Cara has undergone a name change, likely in response to the fact that he is unable to use “Sin Cara” for wrestling purposes in North America or Mexico due to trademark issues with WWE.

The new name for Sin Cara, which is now being reflected in all his social media accounts, is Cinta de Oro — a tribute to his idol and coach who passed away three years ago in 2016.

The sons of the original Cinta de Oro have given their blessing to Sin Cara to carry forward the name as well as gifted him the last mask that their late father wore.

Check out the new mask that Cinta de Oro (aka Sin Cara) will now be wearing along with his new ring name and character via the following post from his official Instagram page.