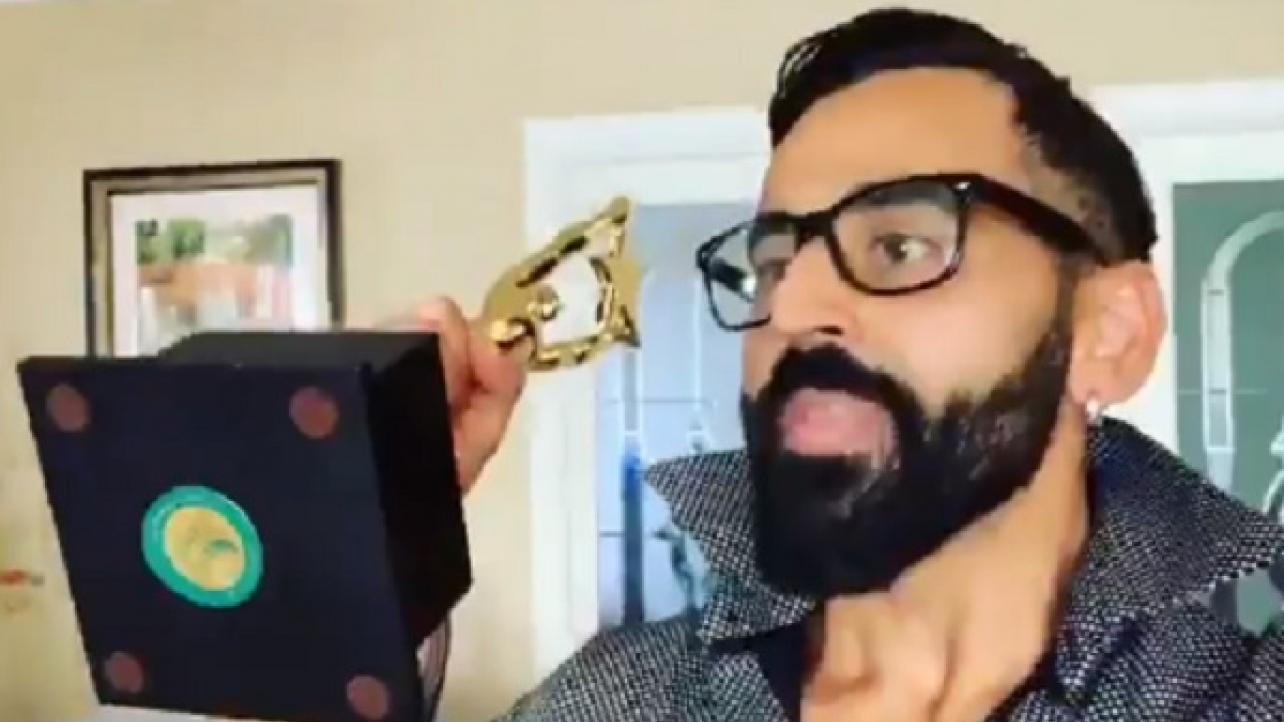 – WWE continued their theme this week of Superstars having non-televised segments during commercial breaks at their TV tapings. At the WWE SmackDown Live / 205 Live taping on Tuesday night at the Golden 1 Center in Sacramento, California, The Ilconics — Peyton Royce and Billie Kay — took part in one of these segments. WWE released the following footage of the segment on their official Twitter page.

Pop quiz: What is the capital of California?@BillieKayWWE & @PeytonRoyceWWE figured it out during #SDLive… pic.twitter.com/sAysBBuEjJ

– One of The Singh Brothers took to Twitter on Thursday to boast about winning a Best Actor award at the Boscors (Bollywood Oscars). Check out the video, which includes the WWE Superstar bragging to Dwayne “The Rock” Johnson that he won their bet, below.

.@therock and I had a friendly bet years ago: who would be the first @WWE Superstar to win a best actor award. Beat you buddy!
————
In all seriousness, thanks to everyone for the love and support for my recent Boscor award win for Best Actor in #Bollywood! ⭐️ pic.twitter.com/AWZUjt2WFF