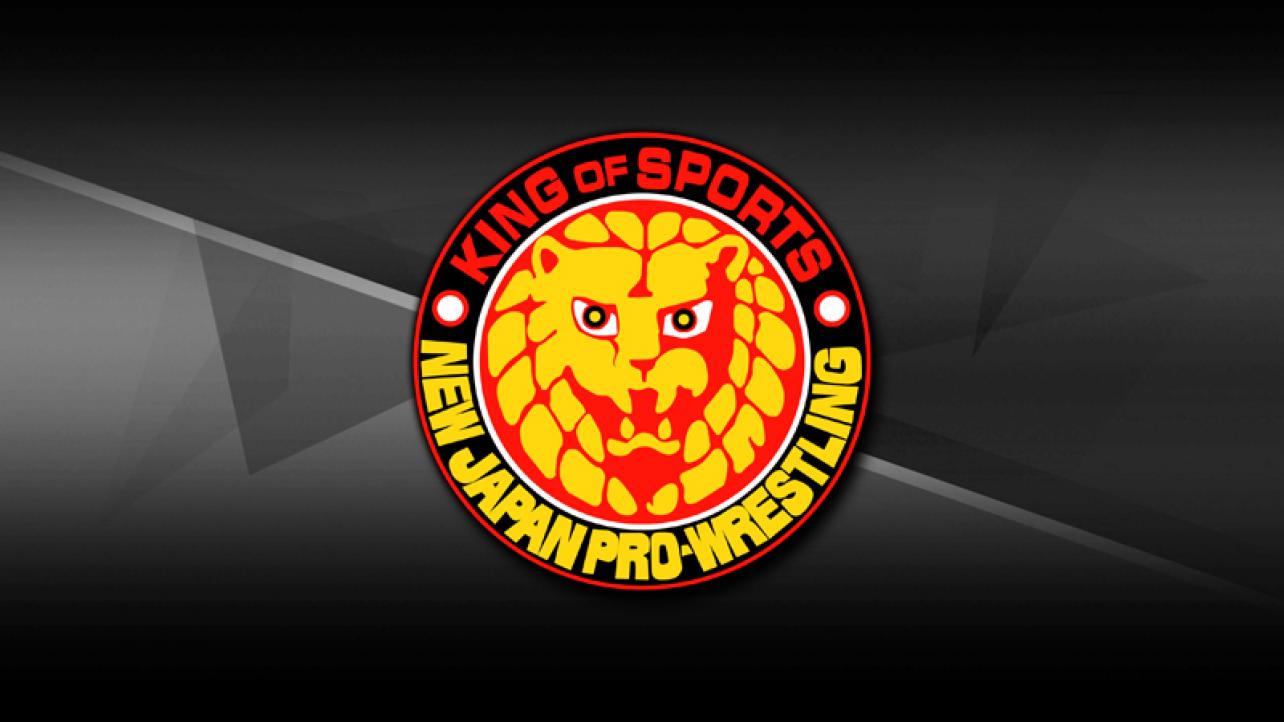 The return of NJPW’s Super Junior Tag League is on the horizon.

Check out the complete list of teams, as well as a press release from New Japan:

Summer Struggle runs all the way through the remainder of August in Korakuen Hall, and after an explosive junior tag team match started proceedings at the Tokyo Dome Sunday, we will be seeing Super Junior Tag League action. Six teams will be part of the round robin league, with matches running from August 7 to 17. The top point scorers at the end of the league will be the victors, with tiebreakers also at play; if teams are still tied there will be a playoff match to determine the winners.
El Phantasmo & Taiji Ishimori: 3x, current IWGP Junior Heavyweight Tag Team Champions
‘BULLET CLUB’s Cutest Tag Team’ retained their IWGP Junior Heavyweight tag titles Sunday in the Tokyo Dome, and have to be held as the favourites heading into this six team league. At Wrestle Grand Slam, challengers the Mega Coaches were determined to not only defeat the champions, but to get to the bottom of the mystery that surrounds ELP’s Sudden Death boot, but a lack of solitary focus carried with it a great price. With or without the allegedly loaded right boot, Phantasmo carried immense striking power and incredible athletic skill, and Taiji Ishimori is one of the greatest all round junior heavyweights as a singles or tag wrestler. Together, this team could potentially go undefeated toward the August 17 finale.
Roppongi 3K (SHO & YOH): 2018, 2019 Super Jr. Tag League, 2017 Super Jr. Tag Tournament winners, 5x IWGP Junior Heavyweight Tag Team Champions
If the champions are the favourites coming into this league, Roppongi 3K have to be 1a picks. Back to back to back junior tag tournament victories from 2017-2019 have all set SHO and YOH up for success, and it’s a guarantee that the former champions are not happy with the way they lost their titles in Korakuen Hall during the Kizuna Road series. Could they once again claim league victory, and put themselves at the top of their division?
Suzuki-Gun (Yoshinobu Kanemaru & El Desperado): 3x IWGP Junior Heavyweight Tag Team Champions
The tag titles may be with BULLET CLUB, and junior tag league dominance may belong to Roppongi 3K, but Desperado and Kanemaru will argue that they rule the roost when it comes to tag team savvy. Their almost telepathic level of communication has seen the two to three tag title reigns, and a win in this league could quite easily set up a fourth. Despe and the Heel Master will go to any lengths to pick up a win.; can they pick up five to run the table?
Team One or Eight (Ryusuke Taguchi & Master Wato): 6x IWGP Jr. Heavyweight Tag Team Champion (Taguchi)
After first tagging together in last year’s mini junior tag league to crown the vacant IWGP Jr. Heavyweight Tag Team Championships, Master Wato and Ryusuke Taguchi pair up once again in the Super Jr. Tag League. Last year’s tournament performance would eventually be parlayed into a title challenge on night two of Wrestle Kingdom 15, but after some time apart, and a refreshing reunion for Taguchi with fellow Mega Coach Rocky Romero, Could ‘One or Eight’ capture the trophy?
Far East Connection (Gedo & Dick Togo)：4x IWGP Jr. Heavyweight Tag Team Champion (Gedo),1x IWGP Jr. Heavyweight Tag Team Champion (Togo)
With five IWGP Jr. Tag championships between them, albeit not with one another, Gedo and Togo know exactly how to tag, and have roots stretching all the way back to the old Universal wrestling promotion in the early 1990s. The world knows that Togo and Gedo have 30 years of dirty tricks to draw on, and that makes them a hard team to ignore in this league.
Robbie Eagles & Tiger Mask: 1x IWGP Jr. heavyweight Tag Team Champion (Tiger Mask)
Last but not least, brand new IWGP Junior Heavyweight Champion Robbie Eagles will team with Tiger Mask. A living legend along with the current singles champion make an intriguing combination indeed on paper, and although Eagles has his eyes on Hiromu Takahashi at the MetLife Dome September 5, potential double gold down the road will sound good to the Sniper; especially if it’s at the expense of BULLET CLUB.