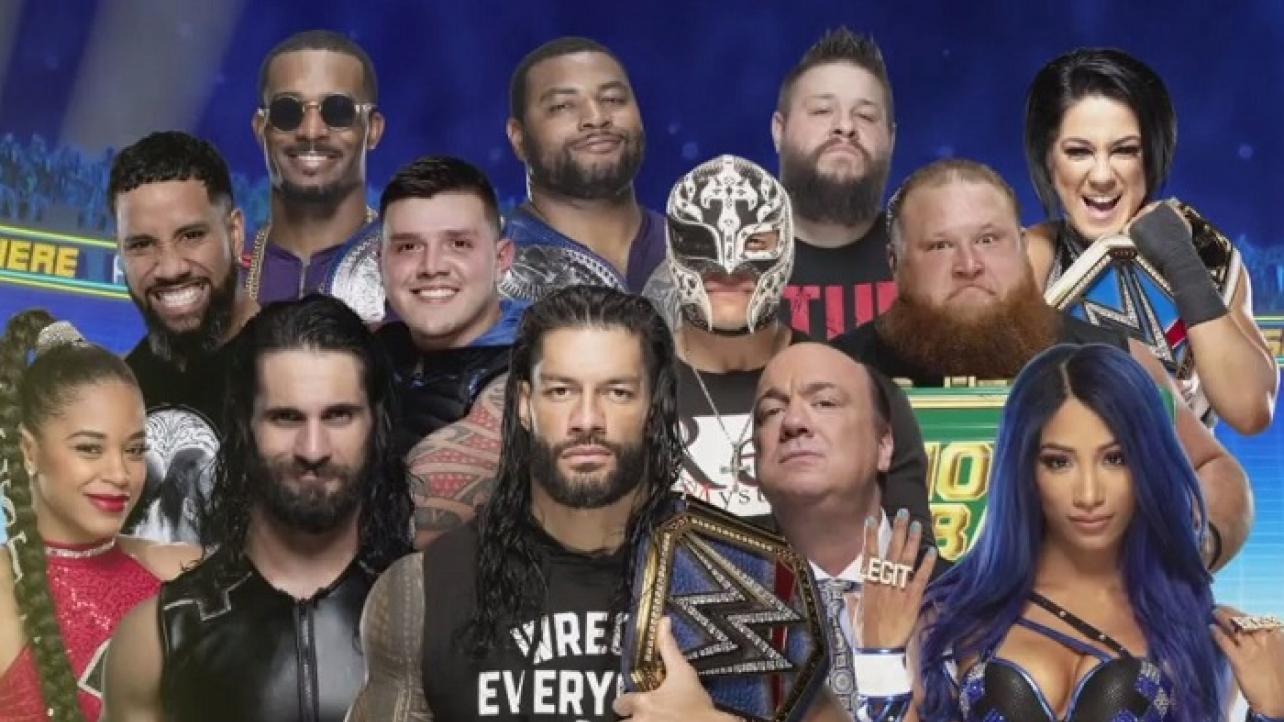 WWE and FOX are stacking the deck for the special season two premiere of Friday Night SmackDown this evening.

FOX Sports sent out a press release noting the season premiere of WWE Friday Night SmackDown tonight will feature a special Kickoff Show that will be jam-packed with appearances by sports legends from the world of WWE, NFL, NBA and more.

Making her first appearance on WWE programming since parting ways with the company after the WWE SummerSlam 2020 pay-per-view earlier this year, Renee Paquette (a.k.a. Renee Young) is scheduled to serve alongside WWE Hall Of Fame legend Booker T and longtime WWE broadcasting veteran Michael Cole as the hosts of the special WWE Friday Night SmackDown Kickoff Show this evening.