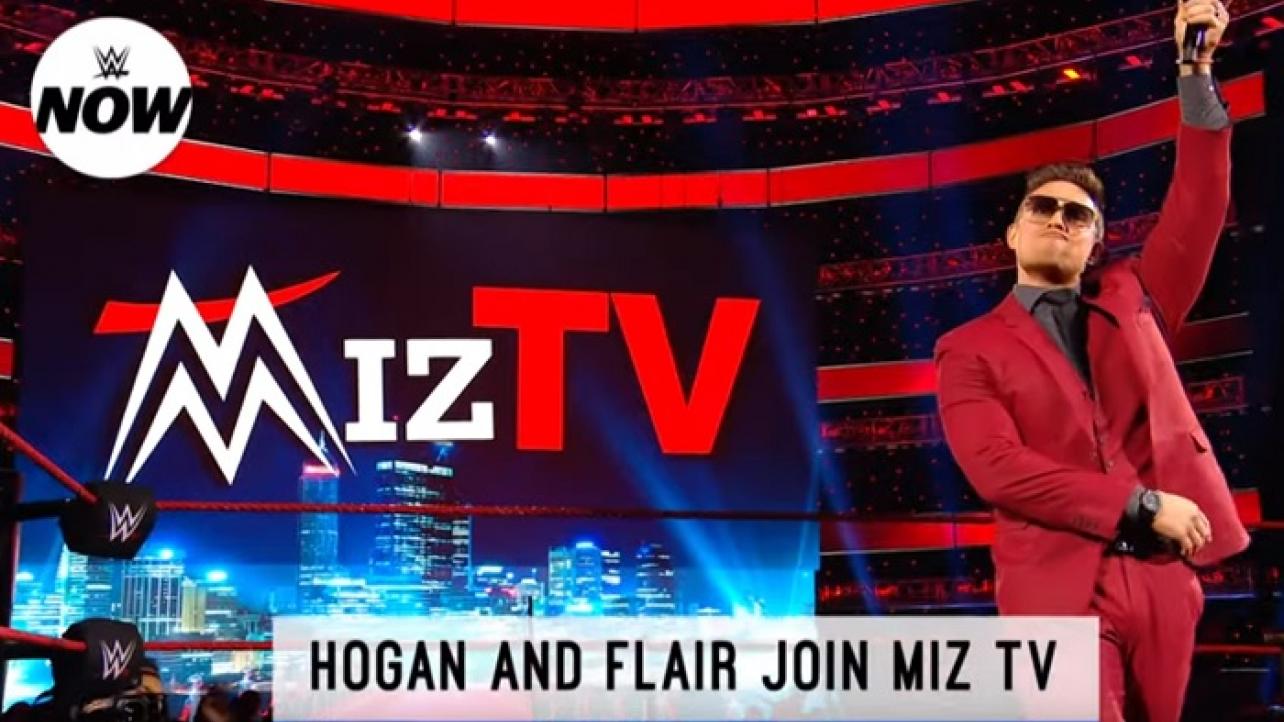 WWE has returned with the latest episode of their WWE Now digital series to give fans several breaking news updates and announcements for this week’s episode of WWE Friday Night SmackDown On FOX Sports 1 (FS1).

The following was announced for this week’s blue brand show, which as noted airs on FS1 due to the MLB World Series taking WWE’s regular Friday night time slot on FOX:

Check out the complete episode of WWE Now featuring the aforementioned announcements for this week’s episode of WWE Friday Night SmackDown On FS1 below.

Make sure to join us here at eWrestling.com on 10/25 for LIVE WWE Friday Night SmackDown On FS1 Results coverage!

#MizTV w/ @HulkHogan @RicFlairNatrBoy and members of their #WWECrownJewel teams