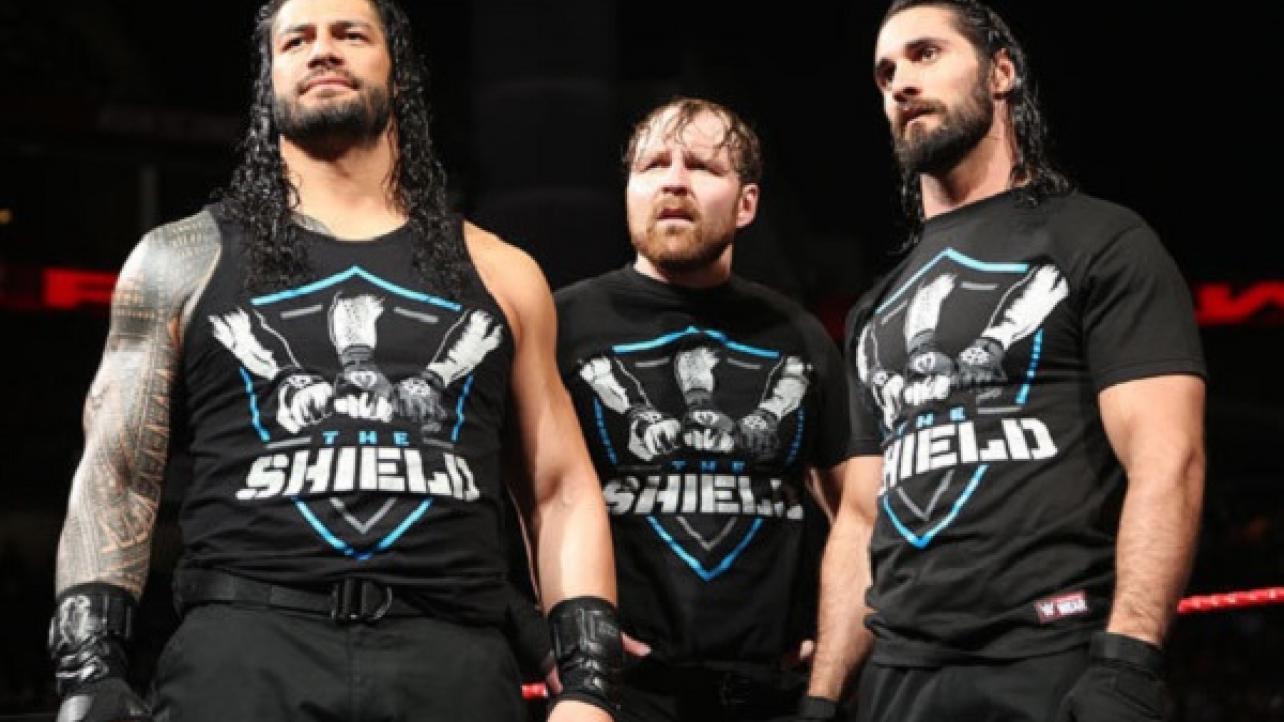 – The recently reunited Shield are featured in the latest installment of WWE artist Rob Schamberger’s Canvas 2 Canvas YouTube series. Check out the video below.

– With RAW live from Columbus, Ohio tonight, the SmackDown Live crew will be running the Dow Event Center in Saginaw, Michigan for a house show this evening. Advertised for the blue brand live event this evening is a WWE Championship bout with A.J. Styles defending against Samoa Joe, as well as Daniel Bryan vs. The Miz and Shinsuke Nakamura vs. Jeff Hardy for the WWE United States Championship. If anyone is attending tonight’s SmackDown Live house show in Saginaw, we are looking for reports at MattBoone1984@gmail.com.