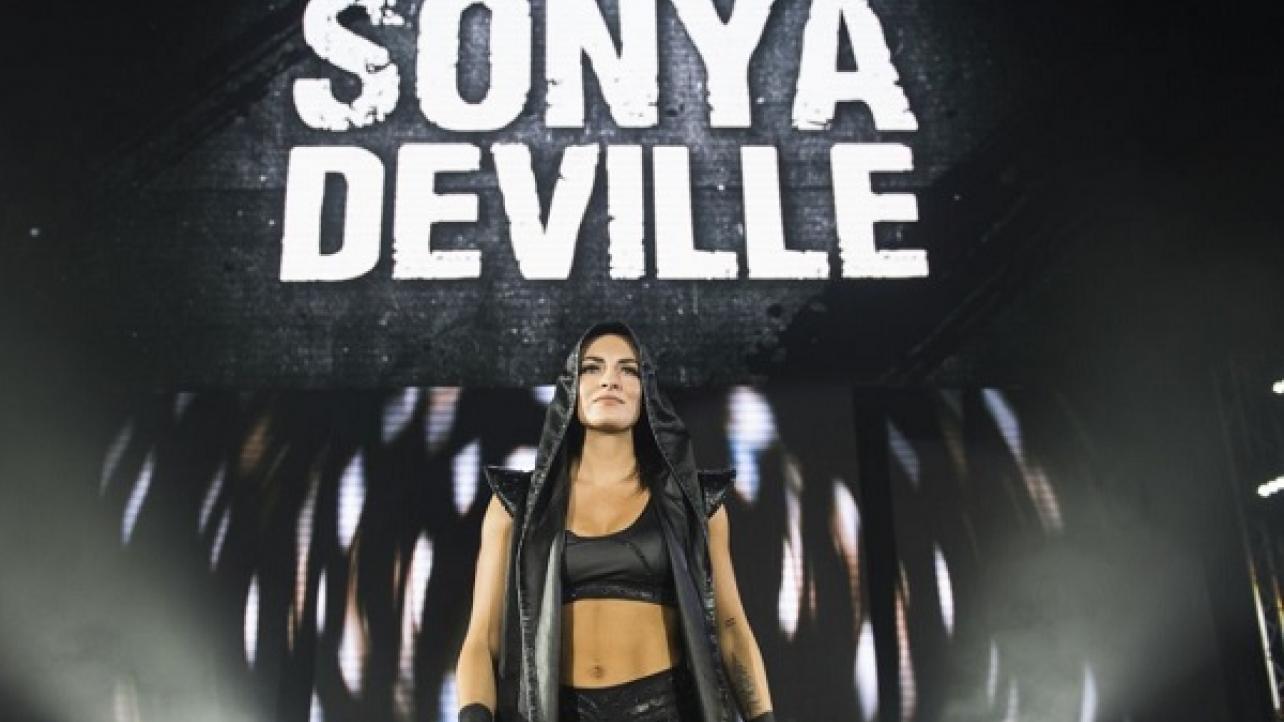 Sonya Deville (Daria Berenato) recently spoke with Anthony Sulla-Heffinger (@AntSulla) of Yahoo! Sports for an interview about “coming out” as a lesbian during her stint on WWE Tough Enough when being asked a question by Paul “Triple H” Levesque on live television. Featured below are some of the highlights.

On ‘coming out’ as a lesbian for the second time live on TV when Triple H asked her a question on WWE Tough Enough: “When that organic moment played out on television where Triple H asked if I was in a relationship, I literally didn’t know what to say, I wasn’t prepared for it. At that point in my life sometimes when people would ask me if I had a boyfriend, I would just say ‘oh, no,’ but never say that I had a girlfriend. I wasn’t that comfortable with talking about it at that point. I couldn’t lie on national television and I couldn’t face my girlfriend and say ‘Oh, I lied about you and pretended like I didn’t have a significant other,’ so I was just honest.”

On how she responded to the question: “I have a girlfriend, but she’s not my wife yet.”

On ‘coming out’ in her personal life to her family and friends: “What was interesting about coming out to my family and friends is that prior to ‘Tough Enough,’ it was never ‘I’m gay,’ it was more casual and subtle. With my mom it was ‘Oh, mom, you know the girl who has been sitting in your house for the past year, she’s actually my girlfriend.’ My mom was just like ‘Oh, ok, that’s fine.’ I never verbalized it, I never vocalized it in my life really until ‘Tough Enough.'”

On being a representative and role model in the public eye for the LGBTQ community as a WWE Superstar: “It obviously wasn’t planned, but I’m honored and privileged to be given the opportunity to be that person and voice. It has given me a whole new inspiration for my job and what I do here in WWE. Obviously wrestling and my in-ring work were my original focus and where my heart was at, but now I have this whole other passion and desire to do something else with this company and that is to change the world and change public perception on the LGBTQ community as a whole.”

My latest on @YahooSports: @SonyaDevilleWWE doesn’t want her sexuality to define her as a @WWE performer, but that isn’t preventing her from using that platform to become a powerful voice in the LGBTQ community: https://t.co/dH6vCWjjcc