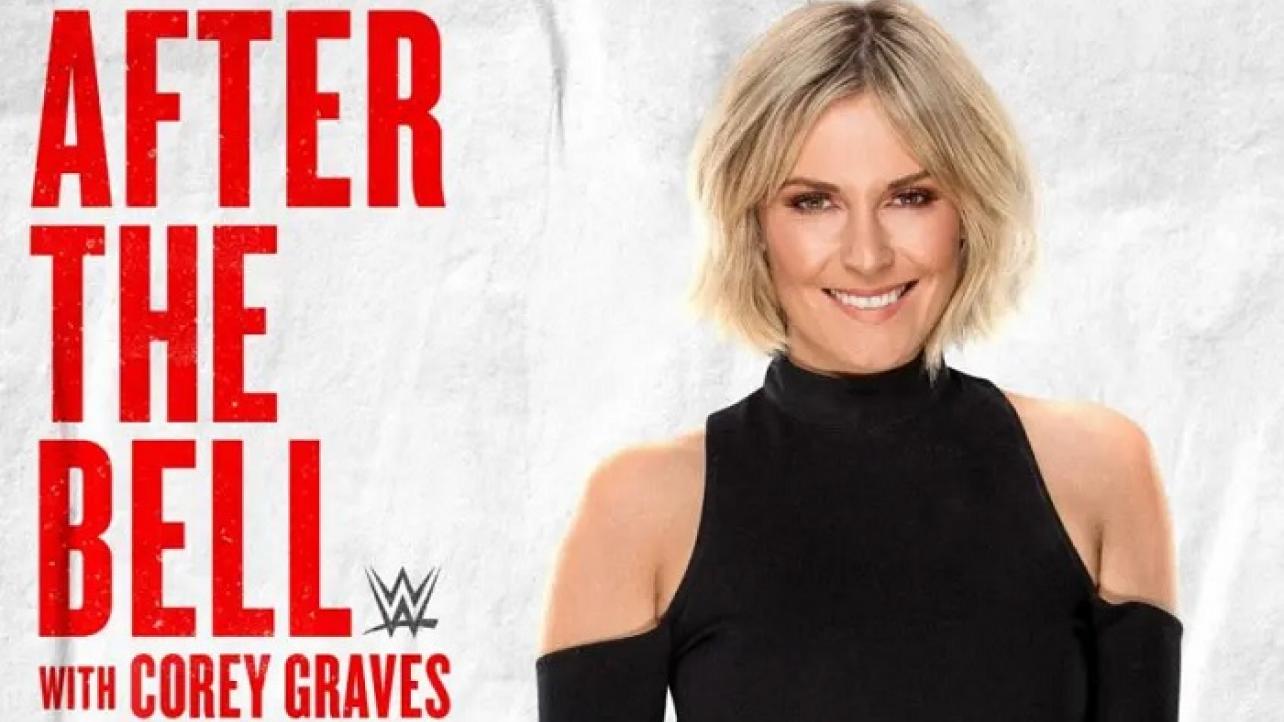 Renee Young will join Corey Graves on the next edition of the “After The Bell with Corey Graves” official WWE podcast.

WWE issued the following announcement on Wednesday to promote the special episode.

Renee Young reunites with Corey Graves on WWE After the Bell

Corey Graves reunites with his longtime friend and WWE broadcast colleague Renee Young this week on WWE After the Bell, and if you think you know everything that goes on behind a WWE announce desk, you haven’t heard anything yet.

On this week’s episode, Renee and Corey engage in what is essentially a virtual road trip, recreating the type of far-reaching and often absurd conversations they would have when traveling from city-to-city. Discussion ranges from the Vegas Golden Knights to Renee’s “cringe” moments on live television to the staying power of the 1991 comedy “Drop Dead Fred.”

WWE After the Bell drops every Thursday. Subscribe here to listen and never miss an episode.