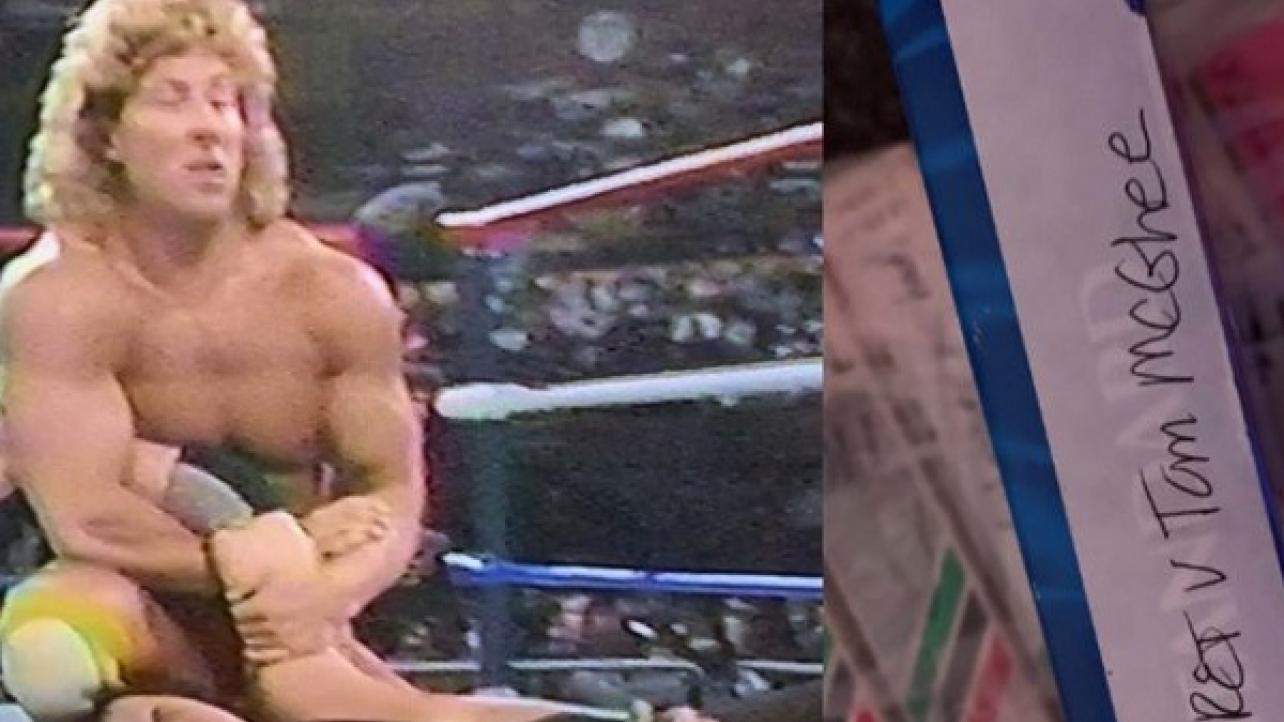 WWE has announced another new documentary special coming up on the WWE Network in the very near future.

In addition to the aforementioned Triple H documentary special “Creation & Destruction: Triple H’s Road To WrestleMania” announced for June 1st immediately after the NXT TakeOver: XXV live special from the Webster Bank Arena in Bridgeport, Connecticut, a new documentary dubbed, “The Holy Grail: The Search for WWE’s Most Infamous Lost Match,” has been announced for May 13th.

Premiering immediately following WWE RAW on the USA Network this Monday night, May 13th, WWE will air the match between Bret “The Hitman” Hart and Tom Magee from the WWF Wrestling Challenge taping from Rochester, New York on October 7, 1986 will air. Immediately afterwards, a documentary will air to explain why the match is so special.

Tom Magee was once thought by WWE to be the successor to Hulk Hogan following his initial “Hulkamania” run in the WWF in the late 1980s, but it never materialized and Magee ended up retiring in 1990.

WWE.com released the following announcement on Friday to hype Monday’s special on the WWE Network:

One of the greatest mysteries in sports-entertainment history has been found and you’ll be able to see it along with a documentary explaining the story on WWE Network after Raw on Monday.

In 1986, Bret “Hit Man” Hart faced Tom Magee in an untelevised tryout match in Rochester, New York. After the bell sounded and Magee’s hand was raised, he was labeled the next Hulk Hogan, but since the bout was untelevised, footage became lost over time … until today.

VHS tape traders tried in vain to chase down the cassette of Hart vs. Magee for three decades to no avail, but it was recently discovered as part of “Hit Man’s” tape library and is available Monday after Raw on WWE Network. Check out this classic match and get the full story on how the tape was discovered, what happened to Tom Magee, and much more by watching Holy Grail: The Search for WWE’s Most Infamous Lost Match, streaming Monday after Raw.

“The Holy Grail: The Search for WWE’s Most Infamous Lost Match premieres this Monday night, May 13th, on the WWE Network.