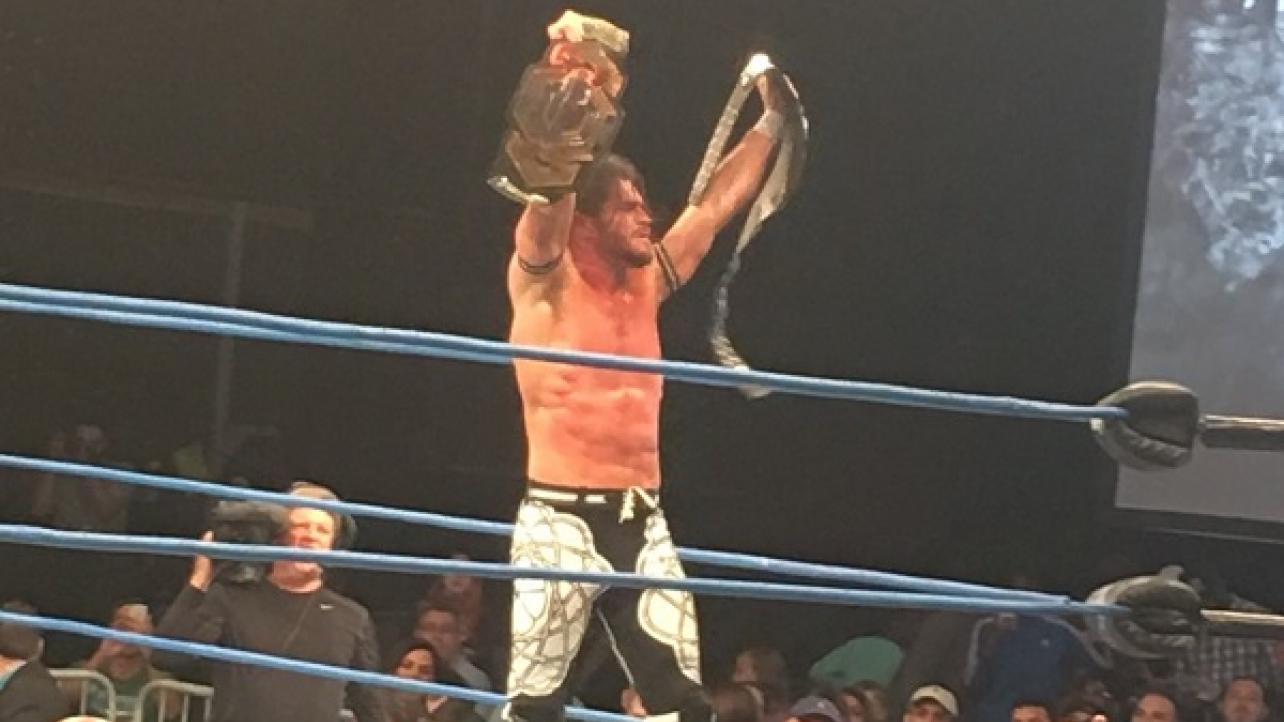 In a champion versus champion match with both titles on the line, Impact Grand Champion Matt Sydal defeated X-Division Champion Taiji Ishimori to become a double-champion.

Check out a photo of Sydal holding up the Impact Grand Championship and X-Division Championship after his victory over Ishimori below. For complete spoilers from Friday night’s Impact Wrestling television tapings, click here.