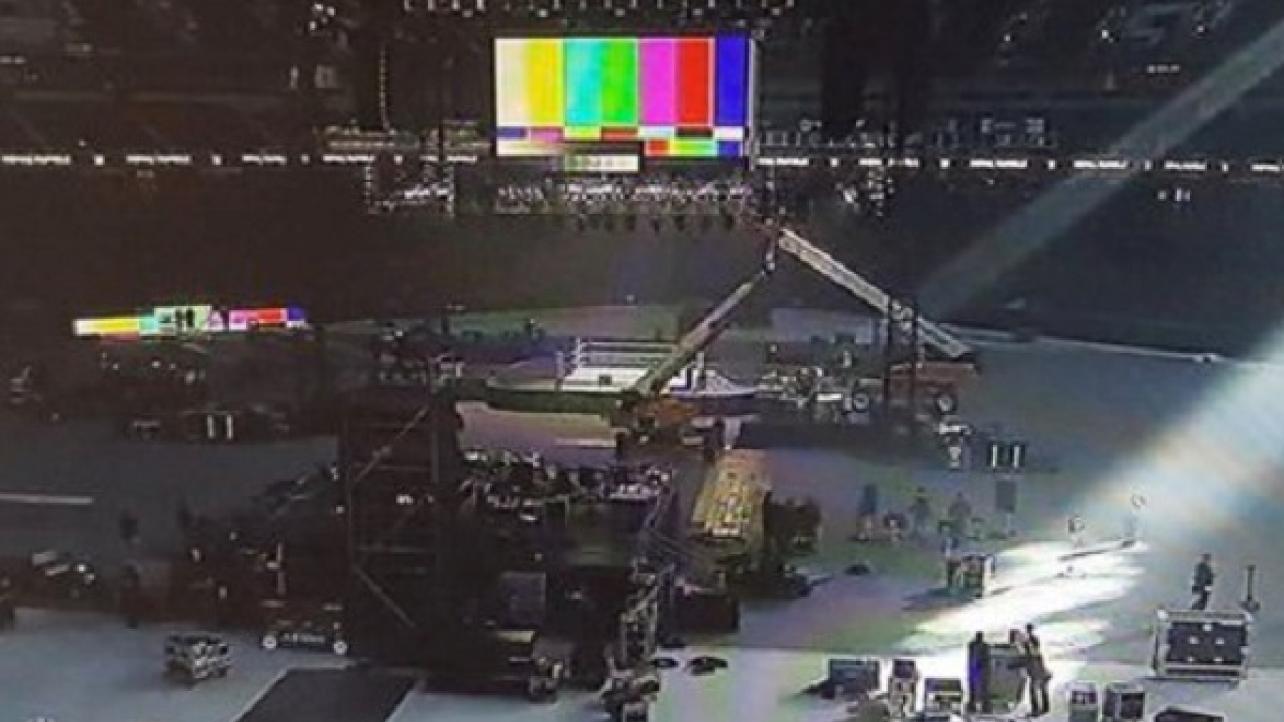 WWE fans can get their first glimpse at what to expect when the WWE Royal Rumble 2019 pay-per-view rolls around this Sunday night, as the road to WrestleMania 35 kicks off this weekend in Phoenix, Arizona.

Spoiler photos of the special ring and production set up for Chase Field in Phoenix have leaked online.

Check out the first look at the special set and ring for Sunday night’s WWE Royal Rumble 2019 PPV below.

It’s also worth noting that it has been confirmed by the folks at Chase Field that the venue will be closing the roof for Sunday night’s show.

First look at the Royal Rumble stage. Wrestlers entering from the dugout, which is covered by video screens, with a curved walkway to the ring and a tron above the ring.#WWE #RoyalRumble pic.twitter.com/ZaXaCT7PwR

Ringing in the weekend. #RoyalRumble

We have @antiherobaseball as our @wwe Special Correspondent this weekend providing all your #RoyalRumble entertainment. First up, he destroys the Royal Rumble Burger and gives his review. #SwipeLeft