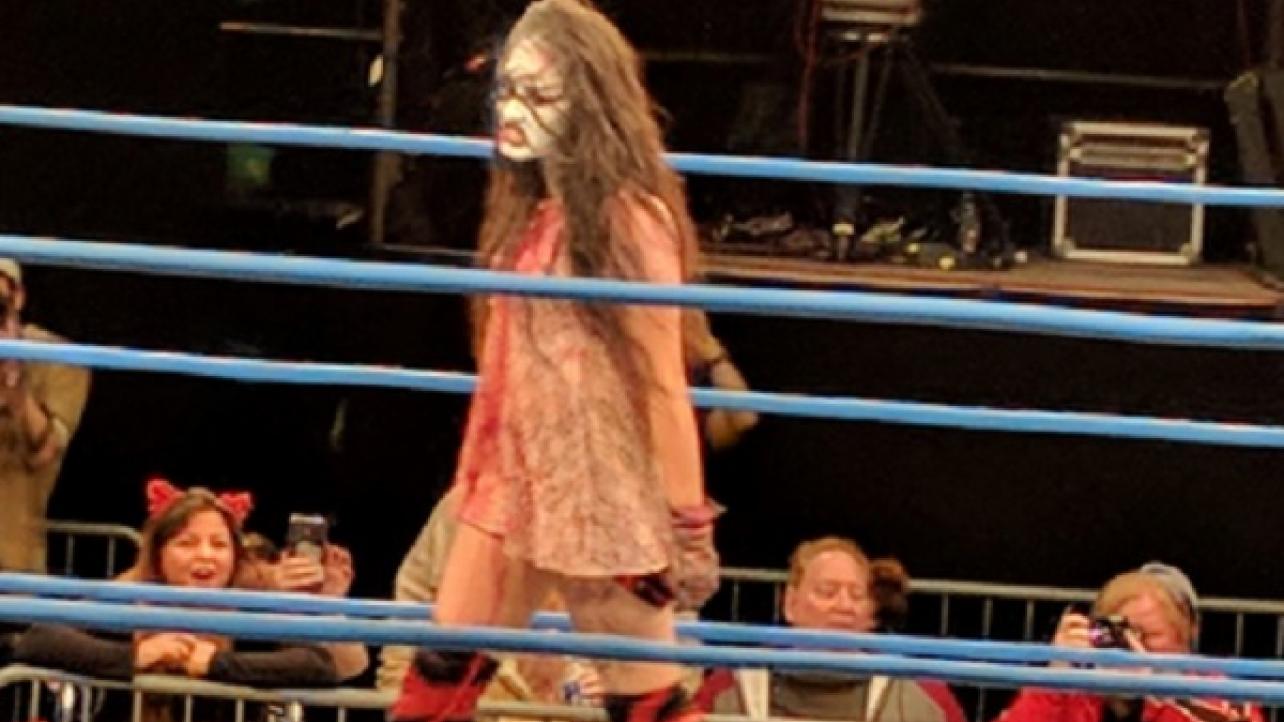 The Impact Wrestling Knockouts roster grew by one following Saturday night’s television tapings at the Impact Zone at Universal Studios in Orlando, Florida.

Female wrestling talent Su Yung attacked Allie during her segment with Braxton Sutter at tonight’s tapings. She hit the ring and laid out the new Impact Wrestling Knockouts Champion in the middle of the ring.

Yung has previously worked for Impact Wrestling, appearing at the Knockouts Knockdown 2015 pay-per-view and as one of Dalton Castle’s managers at a past One Night Only pay-per-view show.

Check out photos of Sung Yu’s Impact Wrestling debut from tonight’s tapings below.

Update 25: Sutter comes out to talk to Allie. Just wants her to understand he’s reevaluating his life. When he goes to bed he sees “you Laurel…I mean Allie.” Sutter proposes to Allie. Su Yung ambushes Allie and lays her out. pic.twitter.com/l143SqI4uv

Some bonus @realsuyung from her big debut tonight. #ImpactWrestling pic.twitter.com/cbCp9yjWbG