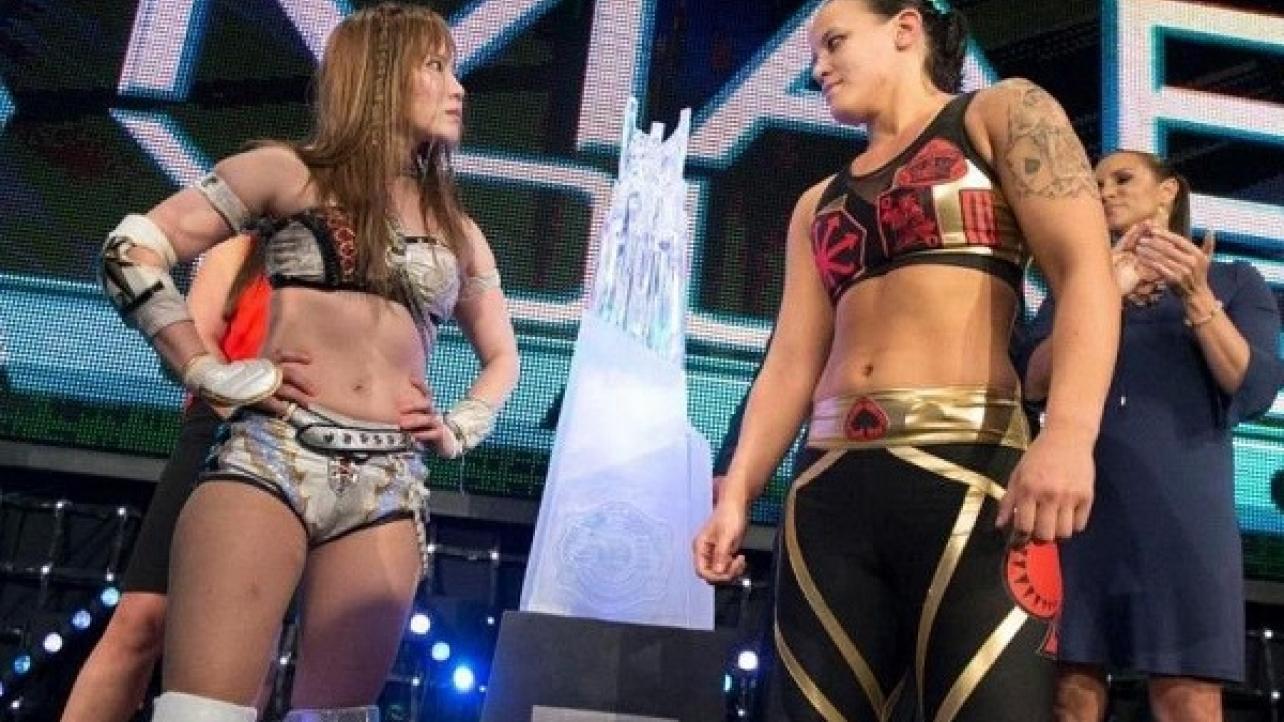 At the NXT television tapings on Thursday evening, a title match was announced for the upcoming WWE Evolution 2018 pay-per-view next month.

Kairi Sane will be defending her NXT Women’s Championship in a rematch against former title-holder Shayna Baszler. The match was set up during the aforementioned taping last night when Sane defeated Vanessa Borne and “The Queen of Spades” came out and cut a promo announcing that she will be invoking her rematch clause. Sane accepted and said that the match will go down at next month’s all-women’s PPV.

WWE Evolution 2018 is scheduled to take place from Nassau Coliseum in Uniondale, New York on Sunday, October 28th. Also announced for the 10/28 PPV is Alexa Bliss vs. Trish Stratus, Mickie James vs. Lita and the finals of this year’s WWE Mae Young Classic tournament.

Make sure to join us here on October 28th for live results coverage of WWE Evolution 2018.