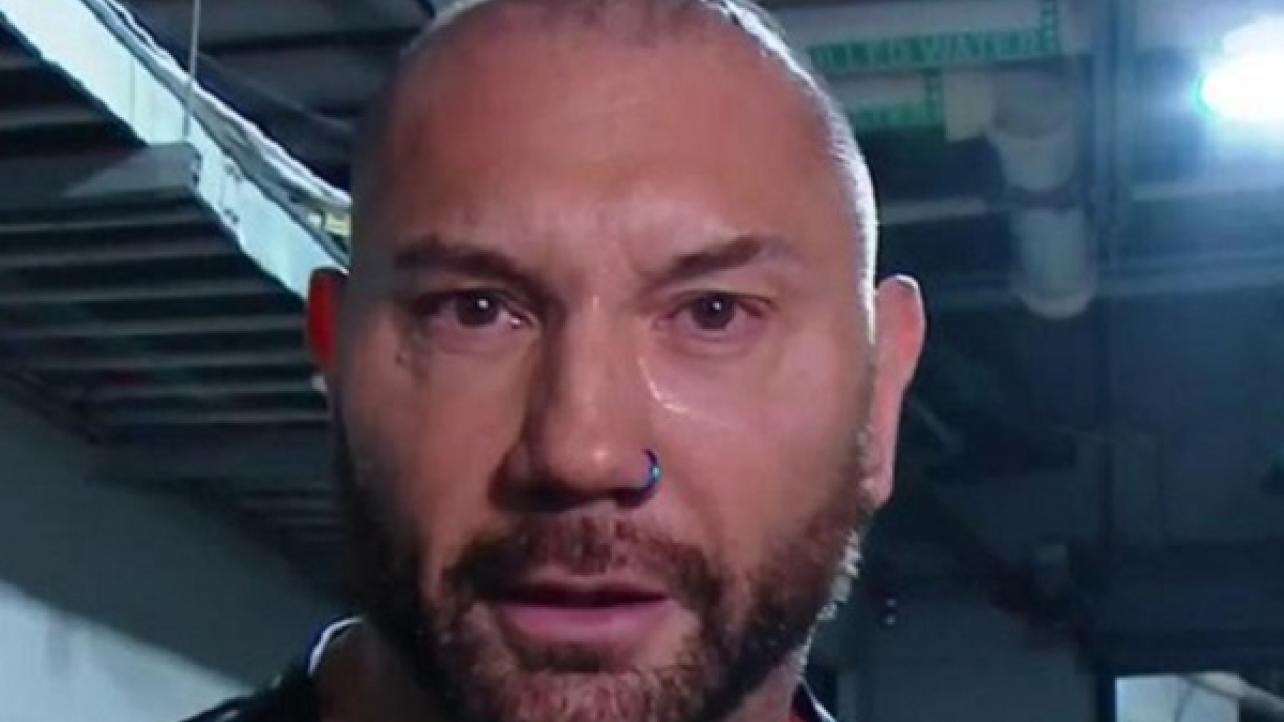 It looks like we have another surprise for tonight’s WWE RAW.

In what appears to now be confirmed, Dave Bautista (Batista), will be making his surprise return at tonight’s episode of WWE RAW at the State Farm Arena in Atlanta, Georgia.

As noted, several big name Superstars and legends, such as Sting and Shawn Michaels, just to name a couple, are backstage at the show. Other stars such as The Rock have even been rumored to appear.

F4WOnline.com is reporting that “The Animal” is in the house and will be appearing on camera on tonight’s show to make his WWE return.