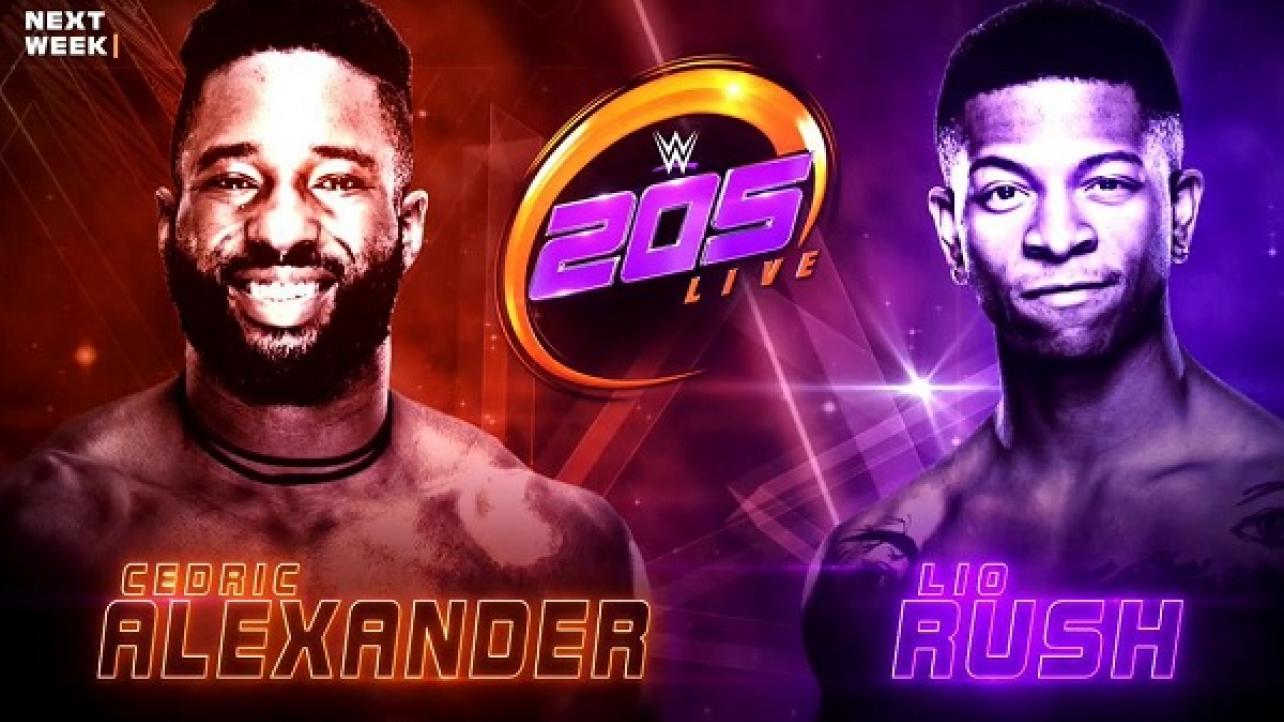 Prior to Tuesday night’s SmackDown in St. Louis, Missouri, three matches were taped for this week’s episode of 205 Live.

Featured below are complete spoiler results for the show, which featured Cedric Alexander vs. Lio Rush in a very intriguing main event. The following report comes courtesy of F4WOnline.com.

* Drew Gulak & Jack Gallagher defeated Brian Kendrick & Akira Tozawa. Their feud has been going on since the storyline where Gulak and Gallagher turned against Kendrick last month.

* Cedric Alexander defeated Lio Rush. This was set up last week during a video where Alexander was training at the Performance Center and Rush showed up and mocked him, accusing Alexander of losing his confidence now that he’s no longer Cruiserweight Champion. Rush said a marquee match against him is what Alexander needs. Rush also cut a heel promo on Alexander after winning an enhancement match last week.

* The episode will premiere on the WWE Network at 7 p.m. Eastern time on Wednesday (November 14). It’s the go-home show for Survivor Series and should also feature the final build to Buddy Murphy defending his Cruiserweight Championship against Mustafa Ali at the pay-per-view.