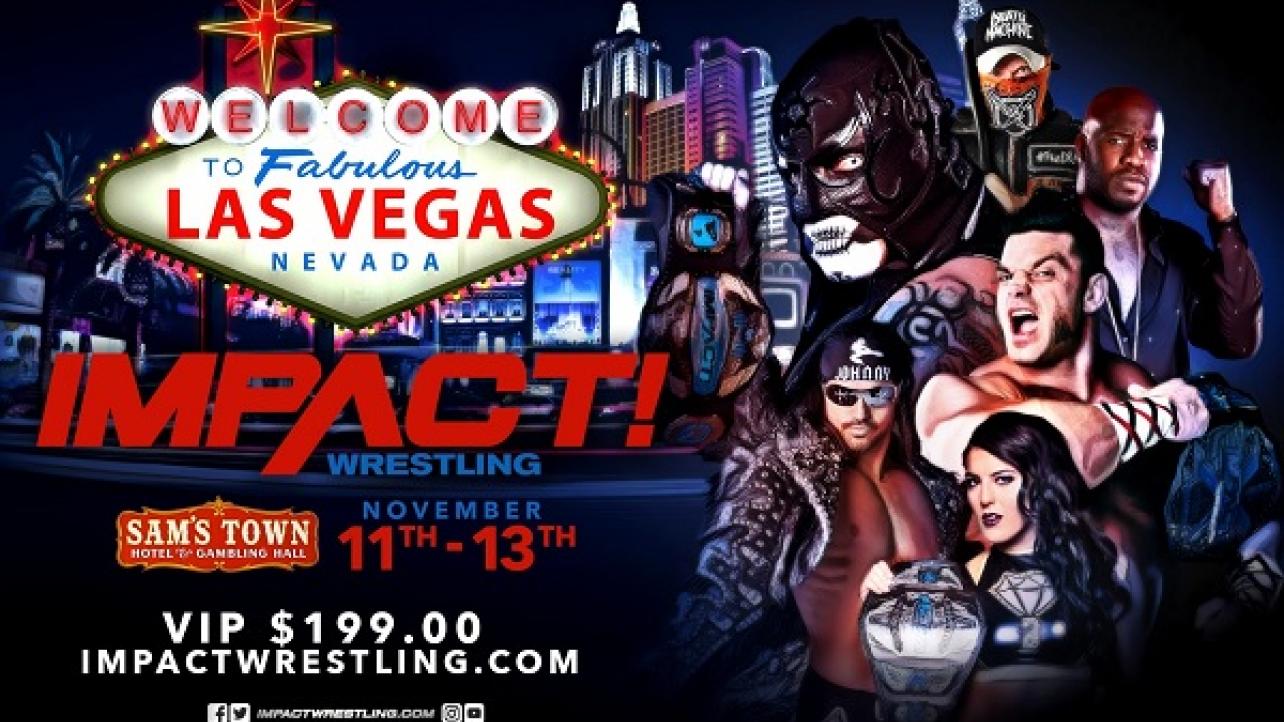 Impact Wrestling kicked off a set of television tapings at Sam’s Town Live in Las Vegas, Nevada on Sunday. The episodes that were taped will air on Pop TV as the build towards this year’s Impact Wrestling: Homecoming pay-per-view in Nashville, Tennessee on January 6th.

Featured below, courtesy of Adam Rivera and PWInsider.com, are complete spoiler results from the first taping.

* Pillars of Destiny beat The One Percent (Xplosion match)
* LAX with Konnan beat Fallah Bahh & KM
* Tessa Blanchard beat Ray Lyn. After the match Tessa called out Taya Valkyrie. Taya told Tessa they have a title match for Homecoming.
* Johnny Impact beat Matt Sydal with Ethan Page. Killer Kross came out after the match and offered his assistance to Impact. Impact told him he didn’t trust him and left him in the ring.
* Eli Drake came to the ring to insult hardcore wrestling which brought Tommy Dreamer out to defend those wrestlers and fans. Going to fight until Drake left the ring.
* Su Yung beat Heather Monroe. Yung would release the submission hold until Kiera Hogan made the save. This brought out Allie and her and Yung laid out Hogan.
* Lucha Bros. beat Rich Swann & Willie Mack in the match of the night. LAX came out to congratulate the Lucha Bros. and that they want them to challenge at Homecoming.
* Jordynne Grace beat Katarina
* The Rascalz beat Chris Bey & Mike Sydal
* Desi Hit Squad beat Damian Drake & Manny Lemons
* Main Event X-Division Title Match: Brian Cage beat Sami Callihan with OVE. After the match Cage said he was going to cash in the title at Homecoming