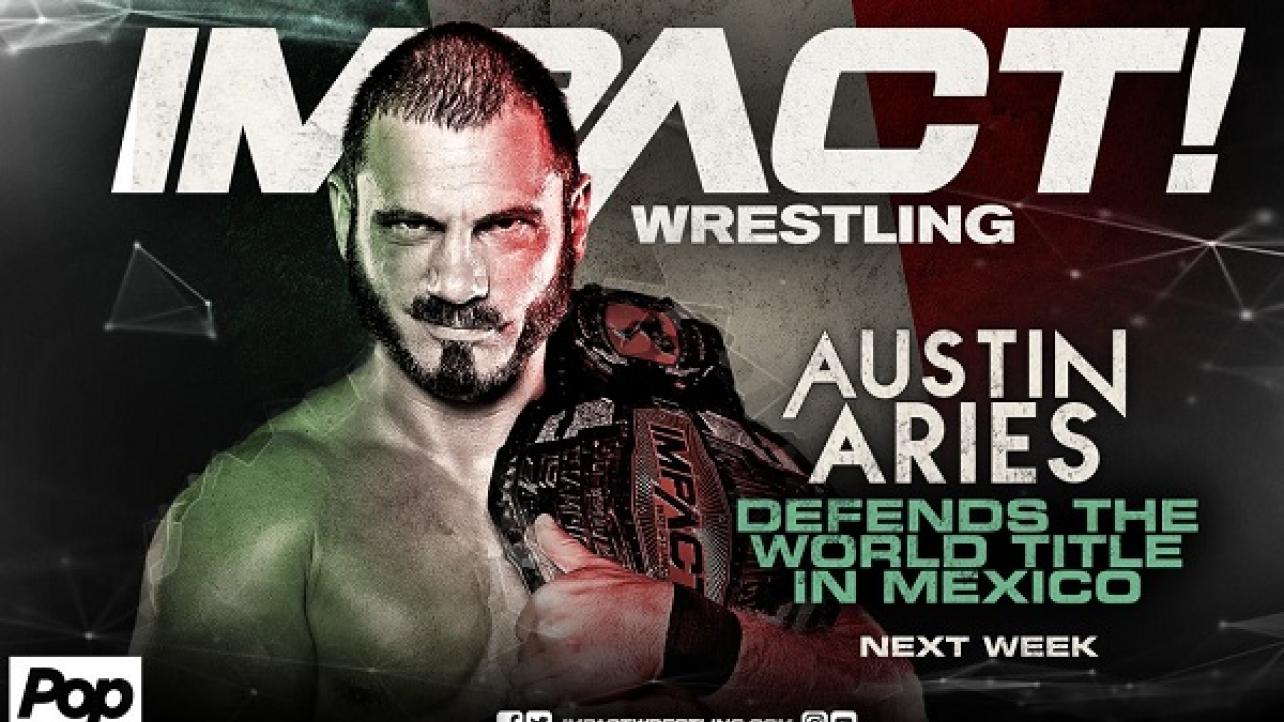 – Pentagon Jr. & Fenix defeated Rich Swann & Matt Sydal. There seemed to be a botch at the finish with Fenix not being the legal man, but the ring bell and music went off. Pentagon and Fenix still did the foot stomp/Fear Factor combo for the proper pin. After the match, oVe attacked the Lucha Brothers until Brian Cage came out for the save.

– Eddie Kingston (w/ The OGz) defeated Kronoz. Kingston won in a squash and then cut a promo calling Konnan out.

– Faby Apache defeated Alisha Edwards. Apache was supposed to be the local babyface, but the crowd knows their AAA and she got a lot of boos. She cut a promo challenging Knockouts Champion Tessa Blanchard following the match.

– Petey Williams defeated Trevor Lee, Puma King, and Jack Evans in a four-way match. This had tons of action. Williams was way over, and Puma King and Evans had a good showing. Lee was the big heel. Williams won with the Canadian Destroyer on Lee.

– LAX (Santana & Ortiz) w/ Konnan defeated The Desi Hit Squad (Gursinder Singh & Rohit Raju) w/ Gama Singh. Good match. LAX were really over and won with the 5150. The OGz appeared on the screen after, with King cutting a promo on Konnan losing his mask in Mexico. King ended the promo by burning one of Konnan’s masks. They got some good heat.

– Moose & Killer Kross (w/ Impact World Champion Austin Aries) defeated Johnny Impact & Eddie Edwards. Moose avoided Edwards throughout. The finish saw Aries get involved and give the opening for Moose to take out Edwards with the spear for the win.

– Scarlett Bordeaux did an interview with Don Callis and Josh Mathews. She stayed on commentary for the next match.

– La Parka defeated Eli Drake by countout. This was the AAA version of La Parka, not LA Park (the original La Parka). Drake walked out of the match, leading to the countout. Before it started, he had cut a promo issuing the open challenge. This Parka was hated by the fans and there were loud chants of “LA Park” all match.

– Pentagon Jr., Fenix & Brian Cage vs. oVe (Sami Callihan, Jake Crist & Dave Crist) ended in a DQ. There was a quick disqualification when oVe attacked the ref, but they kept brawling outside the ring. Cage did a suplex from the ring to the floor, landing on top of everyone. Fenix did a tornillo from the upper railings. They fought off into commercials i think, but at the end, the good guys had the upper hand and posed at the ramp. These teams will be facing each other in an oVe rules match at Bound for Glory on October 14.

– Impact World Champion Austin Aries (w/ Moose and Killer Kross) defeated El Texano Jr. to retain his title. Aries pinned Texano with the brainbuster, even after Texano had used his rope on Aries. Texano was over enough with the crowd. Johnny Impact cut a promo on the tron after the match. He then came out and took on Aries, Moose, and Kross until Edwards came in and helped him run them off.

– Astrolux, Freelance & Iron Kid defeated Belial, Impulso & Fly Metal. Iron Kid got the win for his team. This match got a standing ovation at the end and fans threw money into the ring. It was your usual PWG/Lucha/X Division-style spot fest.