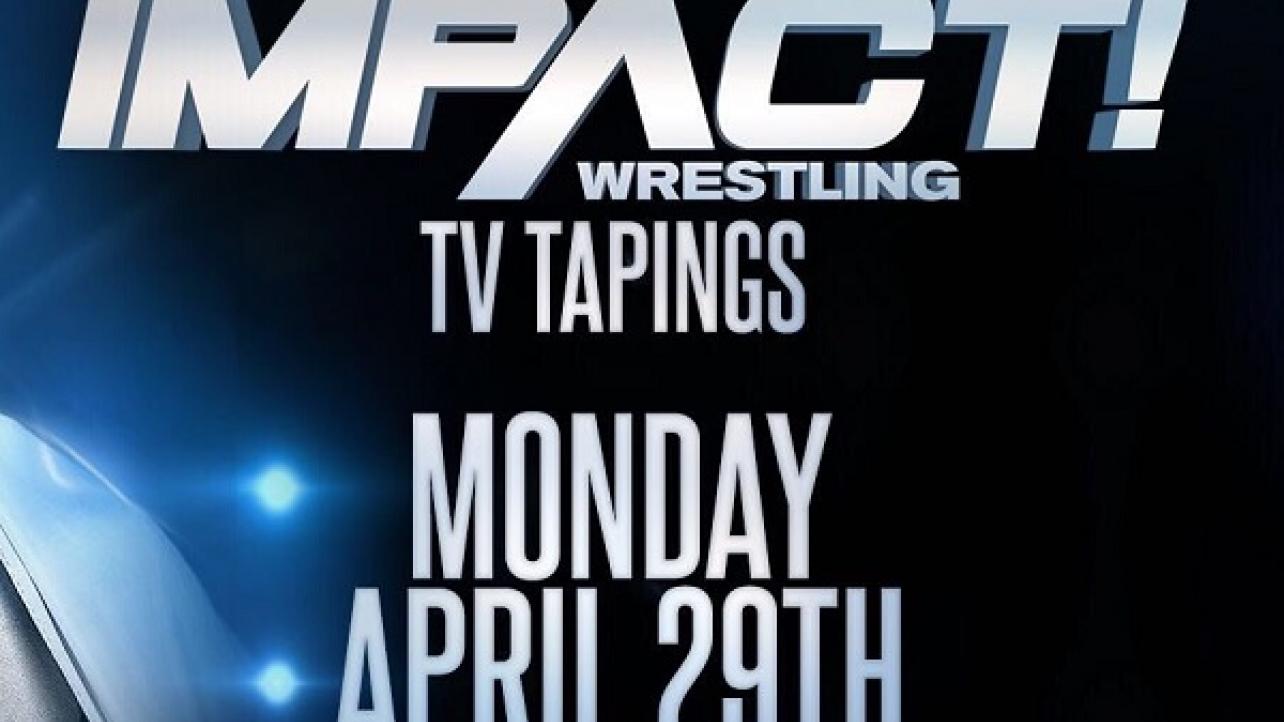 As noted, Impact Wrestling held a set of television tapings at the Rebel Entertainment Complex in Toronto, Ontario, Canada on Monday evening.

Featured below are complete spoiler results from the 4/29 taping.

* Promo from Michael Elgin. He says that he left NJPW to come to IMPACT and take the world title from Cage. This brings out Johnny Impact, who calls Elgin a meathead with a tiny brain just like Cage. Both men take credit for the new champion being hospitalized. Konnan comes out to the ring and says that Pentagon Jr. should be next in line for a shot. Elgin gets physical with Konnan which brings out Pentagon. They brawl sending out security….Elgin lays them out and stands tall.

* Rosemary defeated Kiera Hogan by DQ due to an attack from Su Yung.

* Rob Van Dam is out next for a promo to a big ovation. RVD thanks the crowd and declares “it’s good to be back.” Ethan Page is out and introduces himself to RVD, who says that he’s never heard of him. They taunt each other…RVD challenges Page to a match who accepts for “next week.” Page attempts an attack but RVD gets the better of him.

* Gama SIngh cuts a heel promo on the Toronto fans, poking fun at the Maple Leafs. He introduces the Desi Hit Squad.