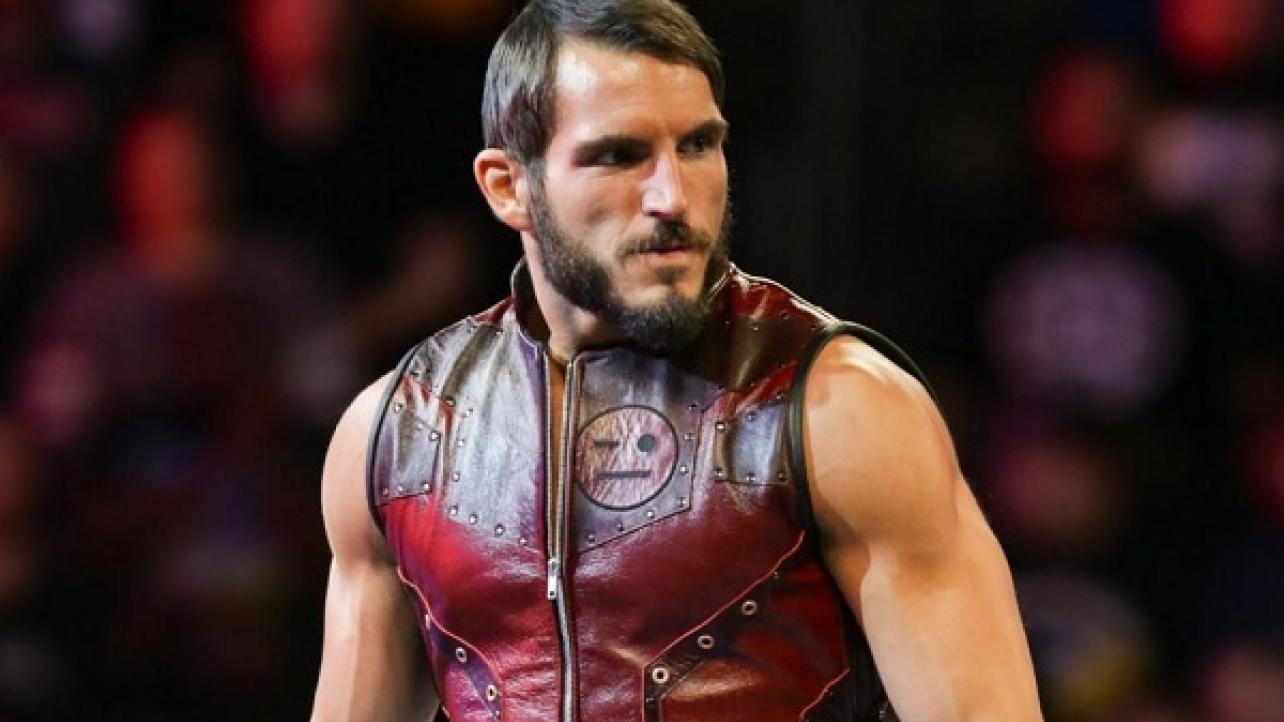 As noted, WWE held a set of NXT television tapings for the next three weeks of shows on Wednesday evening. Featured below are two separate reports from the taping.

As always, these segments are subject to airing in different orders or not airing entirely. For the record, I’m especially unsure about what will air in week 3.

– Johnny Gargano says he’s showing the WWE Universe what NXT is all about by debuting on Raw and SmackDown, but also by fighting one of his toughest opponents in Velveteen Dream. He says he failed his first test as champion. He says he still feels like a champion, but the harsh reality is that he doesn’t have a championship. Johnny comes to a realization, but Tomasso Ciampa interrupts him before Johnny can speak. Ciampa says Johnny is at his best when Ciampa is in his life. Ciampa says it took Johnny a year and a half to realize they need each other. Ciampa wants to team with Johnny in the Dusty Rhodes Tag Classic. Ciampa says that’s where the magic all started. Johnny reluctantly accepts the offer.

– Dominik Dijakovic and Keith Lee fought to a double count out

– Velveteen Dream stands on top of the announce table to remind everyone he’s the North American champion. Matt Riddle comes out to congratulate him on the win. Riddle wonders what the belt would look like around his waist. Dream says the spotlight belongs to him, snaps his fingers, and the lights go out with a spotlight only on Dream.

– Sasha Banks and Bayley come out to a huge ovation. They talk about how their road to the Women’s Tag Team Championship started in NXT. They want the titles to be the most sought after in the company. The next time they come to NXT, they may just be defending the titles.

Post match: Adam Cole is frustrated that he still can’t get a one on one rematch for his North American title. He calls Velveteen Dream the biggest moron of all. Dream comes out, teases that he’s gonna speak, but slaps Cole instead. They brawls, but Punishment Martinez comes in to help Dream. They both lay Cole out.

– Number 1 Contenders Match: Bianca Belair vs. Io Shirai ends in a no contest after Shayna Baszler attacks both of them. Kairi Sane attempts a save, but is also laid out.

Post match: Candice LeRae comes out to check on Gargano who “injured” his knee during the match. Ciampa and LeRae help Gargano up the ramp. Johnny collapses at the top of the ramp. Ciampa helps him up, but goes to throw Gargano into the LED board. Johnny stops him and shows he’s been taking the injury. Gargano tosses Ciampa into the board and hits a couple of super kicks on a prone Ciampa. Gargano takes the NXT championship and poses with it.

– The finals of the Dusty Rhodes Tag Classic will take place at the next taping. The winner will get a title shot at Takeover: New York

– Aleister Black’s entrance was changed. He longer was using the board that lifted him off the ground. He now walks up a set of stairs through a hole in the stage.

– It was announced that the Dusty Rhodes Tag Team Classic is returning. The winning team will get an NXT Tag Team title shot at TakeOver: New York on the Friday of WrestleMania week. There will be another set of NXT tapings on Wednesday, March 13 leading into TakeOver.

– Johnny Gargano opened the tapings with an in-ring promo. They recapped him losing the North American title to Velveteen Dream, and Gargano talked about failing yet again.
Tommaso Ciampa interrupted and wanted to team with Gargano in the Dusty Classic so TakeOver: New York can be “their moment” again. Gargano shook Ciampa’s hand.

– Keith Lee vs. Dominik Dijakovic ended in a double countout
Great action here. The fans chanted to restart the match, but that didn’t happen.

– Aleister Black & Ricochet defeated Fabian Aichner & Marcel Barthel in a Dusty Rhodes Tag Team Classic first round match
Excellent match — the crowd was going wild for everything these four did. The Black Mass on Aichner got Black & Ricochet the win.

– Velveteen Dream made his way to the commentary desk to talk about winning the North American Championship. He was interrupted by Matt Riddle, with Riddle wanting the first shot at the title.
Dream made the spotlight show only him to end the segment.

– NXT Champion Tommaso Ciampa & Johnny Gargano defeated Bobby Fish & Kyle O’Reilly
DIY used their individual entrance songs first and then the team’s song after making it to the stage. They worked together as a team the entire way and didn’t miss a beat.
This was an excellent match — the best of the first round. The running knee and kick combo won it for DIY. War Raiders then came out to the stage and had a staredown with Ciampa & Gargano.

– WWE Women’s Tag Team Champions Sasha Banks & Bayley returned to Full Sail for an in-ring segment. They reiterated that they’ll be defending their titles on Raw, SmackDown, and NXT and put everyone else on notice.
The crowd was electric for this. Great moment.

– Adam Cole defeated Punishment Martinez
Martinez’s leg gave out late in the match before Cole was able to put him down. Cole then called Velveteen Dream a moron and said he wants his North American title rematch soon.
Dream made his way to the ring and slapped Cole. They brawled, with Martinez getting back in the ring to help lay out Cole before Dream gave Cole a Purple Rainmaker elbow drop.

– The Forgotten Sons defeated Moustache Mountain in a Dusty Rhodes Tag Team Classic semifinal match
The crowd was not expecting this finish.

– Bianca Belair vs. Io Shirai in a number one contender’s match ended in a double DQ
Baszler got involved and attacked both for the finish. Kairi Sane tried to make the save and was choked out by Baszler. Baszler stood tall over all three as the crowd chanted “boring.”

– Aleister Black & Ricochet defeated NXT Champion Tommaso Ciampa & Johnny Gargano in a Dusty Rhodes Tag Team Classic semifinal match
Black and Ricochet advanced to the finals to face The Forgotten Sons. Another great match in this tournament with Ricochet hitting the 630 on Ciampa for the pin.
As DIY made their way up the ramp in defeat, Candice LeRae met them up there. Ciampa tried to throw Gargano into the LED board, but he was reversed and Gargano got the best of him.
Gargano destroyed Ciampa on the stage, then even held up the NXT Championship, giving it a kiss and laying it on Ciampa to close the show.