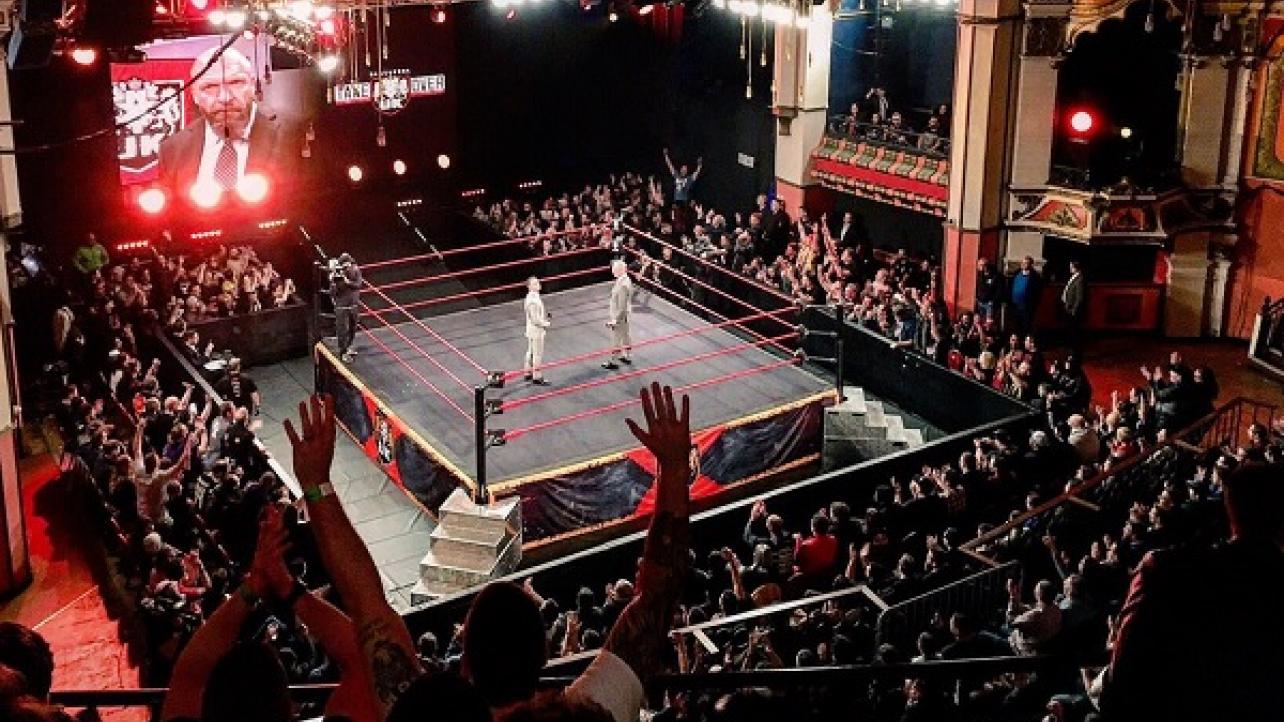 As noted, WWE held a set of NXT U.K. television tapings at the Olympia in Liverpool, England on Saturday evening. Featured below, courtesy of F4WOnline.com and WrestleTalk.com.

Toni Storm came out and said that because she won the Mae Young Classic, she gets to choose a title shot of her choosing. She picks the NXT UK Women’s title, held by Rhea Ripley. Saint confirms the match for TakeOver.

Dave Mastiff ran in for the DQ. He then attacked Moloney, leveling him with the cannonball.

– Gibson pinned Boar. He cut a promo after the match and mentioned the NXT UK tag team titles.

– Ripley attacked Purrazzo after the match. Storm ran in for the save.

– Jordan Devlin came out after the match and berated Banks, saying that he was the wrestling journeyman who abandoned his home.

– Trent Seven pinned Mark Coffey to advance to the finals. It seems likely the other semi-final will be taped on tomorrow’s show. The finals will be at TakeOver on January 12.

Pete Dunne vs. Joe Coffey for the NXT UK title was also confirmed for TakeOver: Blackpool.