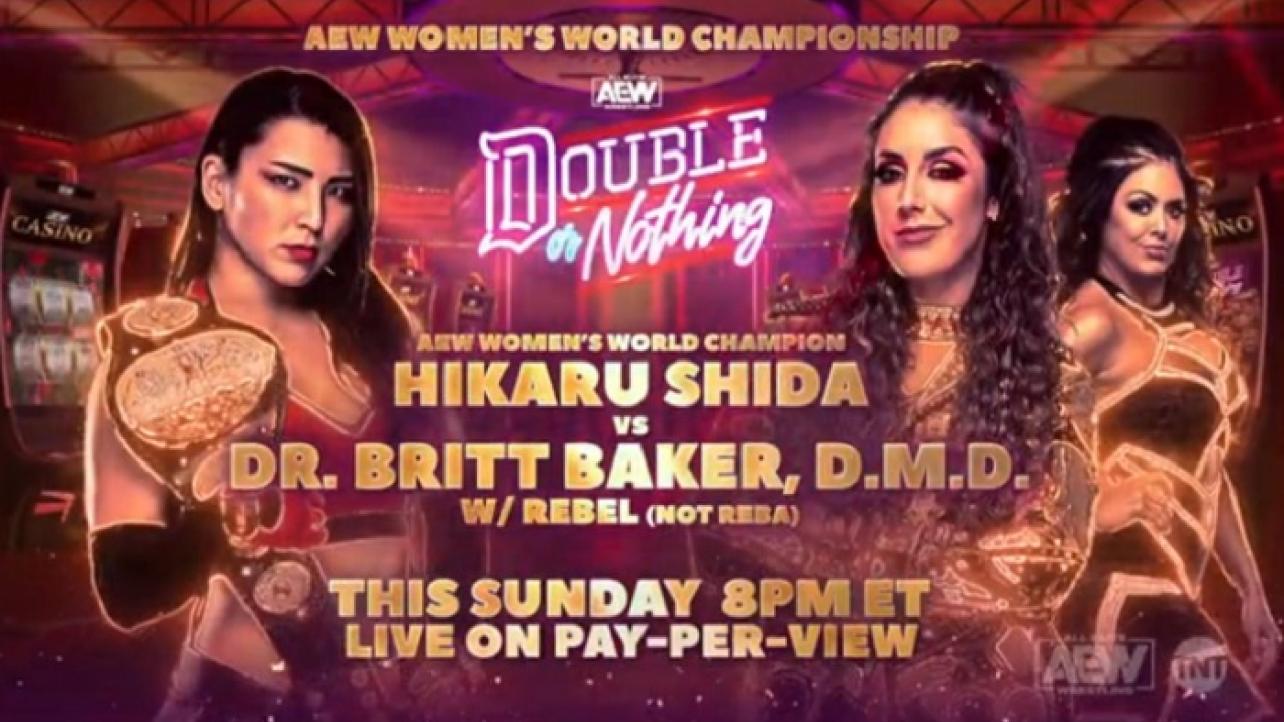 TNT’s social media channel is raising the stakes in the AEW Women’s Championship match at this Sunday night’s AEW Double Or Nothing 2021 pay-per-view.

Following last night’s pay-per-view “go-home” edition of AEW Friday Night Dynamite on TNT, the official Twitter feed for the cable channel, located @TNTDrama, replied to a tweet from the official AEW Twitter feed that asked wrestling fans if we are about to “usher in the era of D.M.D.” at this Sunday’s PPV when Dr. Britt Baker challenges Hikaru Shida for the title.

“Are we ushering in the Era of D.M.D.,” questioned the caption in the tweet from the official Twitter feed, which included a video clip of Baker’s promo from AEW Friday Night Dynamite on TNT. “Dr. Britt Baker faces Hikaru Shida for the AEW Women’s World Championship this SUNDAY LIVE on PPV at AEW Double Or Nothing.”

Responding to the post, the TNT Drama feed wrote, “If Britt wins, we’ll change our Twitter name to TNTDMDrama for 24 hours.”

Check out the tweet embedded below, and make sure to join us here at eWrestling.com for live AEW Double Or Nothing results coverage on Sunday, May 30, 2021.

If Britt wins, we’ll change our twitter name to TNTDMDrama for 24 hours