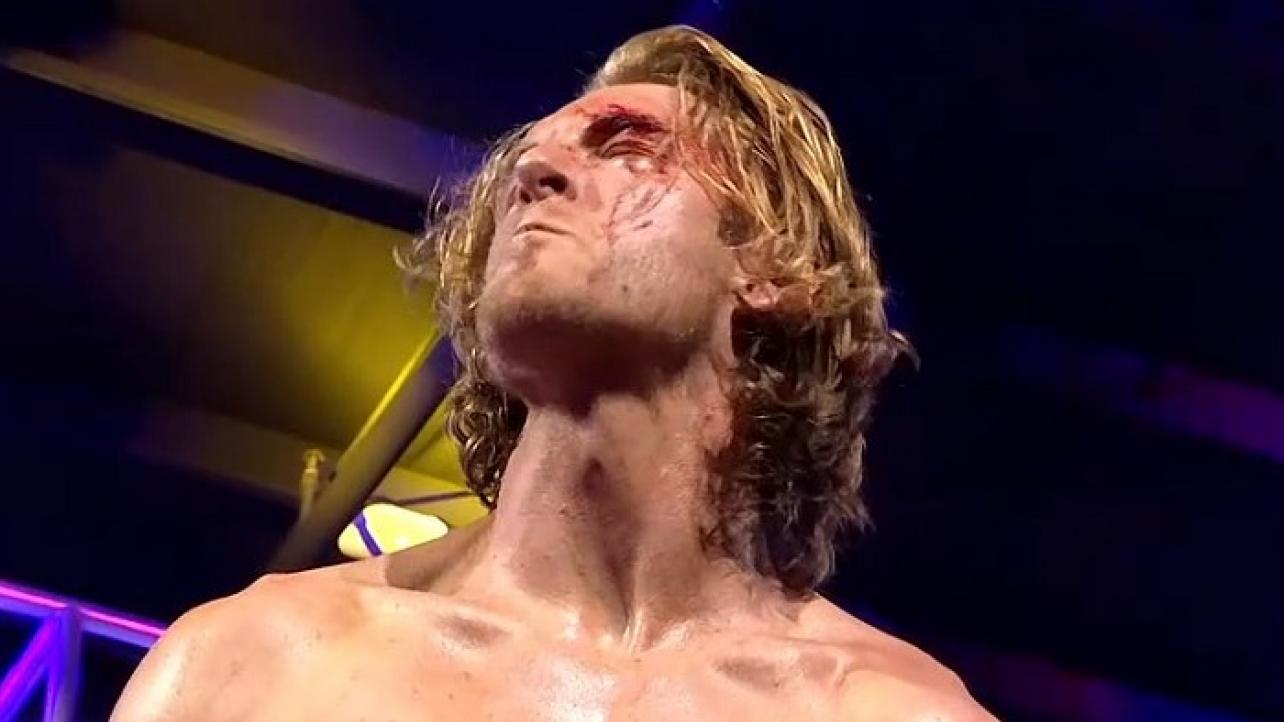 Stallion Rogers Explains Why He Wouldn’t Want To Return To WWE, Talk He Had With Riddle After His Release

During the discussion, he explained why he wouldn’t want to return to WWE because of the way they treated the talent, a conversation he had with Riddle shortly after his WWE departure and more.

On how he wouldn’t return to WWE because of the way they treated other talents: “You just don’t expect it [being let go from WWE], you know what I mean? And I didn’t do anything to deserve it I was told. All the coaches liked me. For as far as I know, Triple H and Shawn Michaels loved me. So it’s just weird, but like I said, I don’t have any hard feelings against the company or anything. If they asked me to go back, of course I’d be like, ‘Yeah, sign the check’ but that’s not where I wanna go anymore. That’s not where I want to work after I saw the way they’re treating people. I don’t care about myself in terms of like I get fired but the people that got fired that didn’t deserve it, the people that were making the company money and just got tossed to the side, that bugged me.”

On the conversation he had with Matt Riddle after his release: “When I got the call — I’m in Florida now. I had one week off before I — so I got hurt while I was in WWE. Literally, the training after my Cruiserweight Title match, the next day I go into training and a dude breaks my freaking wrist and I was two weeks away from getting cleared before I got fired. They fired me two weeks before getting cleared and I was at my grandmother’s house having lunch with my grandma and my great grandma and we’re literally talking about work and my phone rings and it says ‘Canyon Ceman’ and I just go, I said, ‘Hold those thoughts’ and I walked outside, I waited ‘till I got in the backyard and I answered my phone, I go, ‘I’m getting fired huh?’ That was the first thing that came out of my mouth and he was like, ‘Uh, uh, hey man, I’m really sorry.’ I was like, ‘Dude, it’s your job. You’re not the one that made the cuts’, blah, blah, blah. ‘You’re just doing the firing because that’s what you’re paid to do and he’s just like, ‘Yeah man, really sorry. It’s budget cuts’, blah, blah, blah and I was like, ‘I get it.’ I said, ‘No sour grapes.’ I literally told him, I said, ‘I’m badass dude. I’m going to be all right’ and he started laughing. He was like, ‘Haha’ and before we got off the phone, I said, ‘Is there any chance that I could get my job back one of these days?’ And then I was like, ‘Not any time soon but like, you know, in a year or two?’ He goes, ‘I can’t answer that right now.’ I go, ‘All right, thanks man’ and that was it, click and as soon — oh yeah, I didn’t hang up. I was getting another call and I look and it’s Matt Riddle. So I answer, I’m like, ‘What’s up bro?’ And he’s like, ‘Hey bro, I’m at your apartment.’ Here in Florida, he was picking up a package that was for him, sent to my place for the backstory and he was like, ‘I’m at your apartment. I’m here, I can’t find the package’ and I was just like, ‘I just got fired’ and he’s like, ‘No! You’re lying’ and I was like, ‘No dude. I just got fired.’ I was numb. I didn’t know how to feel, how to think. I was just kind of like, ‘What can you do?’ There’s no point in crying, there’s no point in screaming. None of that is gonna fix anything so I was just like, ‘Yeah dude, I just got fired’ and he starts crying and I was just like, ‘I gotta let you go’, click.”

Stallion Rogers Explains Why He Wouldn’t Want To Return To WWE, Talk He Had With Riddle After His Release