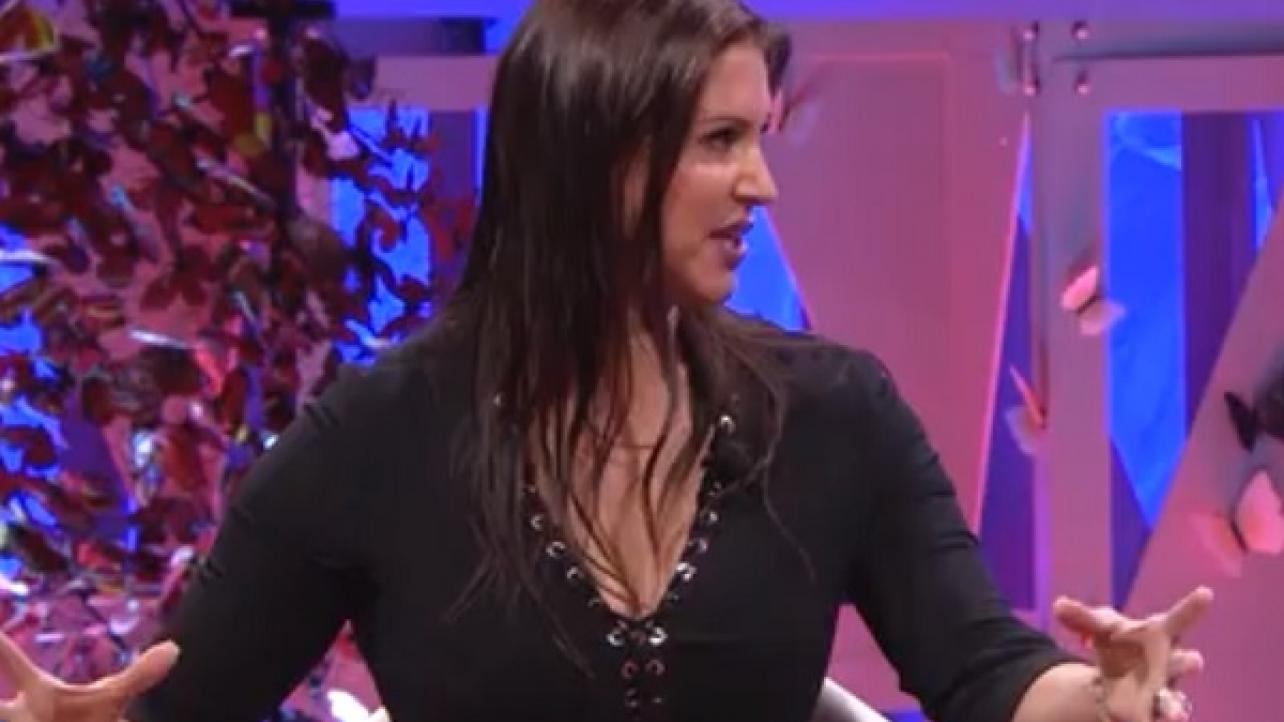 Ahead of WWE SummerSlam 2019 Weekend, WWE executive and on-air performer Stephanie McMahon spoke with Fortune.com to promote the events scheduled for this weekend in Toronto, Ontario, Canada.

During the interview, Stephanie was asked about upstart pro wrestling promotion All Elite Wrestling (AEW), which debuts their weekly, two-hour live TV show on TNT the same month (October) WWE moves their SmackDown LIVE brand from the USA Network to FOX.

“I think it will ultimately make us all better,” said Stephanie of WWE facing what appears to be legitimate, direct competition in the marketplace again. “I really do.”

Additionally, she was asked during the interview about the aforementioned change in cable networks for WWE’s main roster blue brand.

The question was posed to Stephanie about how big of a game-changer the move could be for WWE, particularly now that they will be promoted alongside the NFL, MLB and NASCAR.

“Strictly from a company standpoint, it more than tripled the value of our content rights,” said Stephanie. “I couldn’t be prouder of that.”

To put that into perspective, the Fortune.com article opens with a quote from Stephanie about the current estimated value of World Wrestling Entertainment (WWE).

“[The] global media enterprise [is] currently valued at anywhere between $5 billion to $6 billion,” the article quoted Stephanie as saying when talking about WWE going from a regional, territorial venture to an international conglomerate when her father, Vince K. McMahon, took over the business from his late father, Vince J. McMahon, back in 1982.

Stephanie reiterated the excitement-level WWE has regarding joining the Fox family when SmackDown LIVE moves from the USA Network to the cable network in October.

“And we couldn’t be more proud to be a part of the Fox family,” Stephanie told Fortune.

Check out the complete Stephanie McMahon interview via the video embedded below, or at Fortune.com.