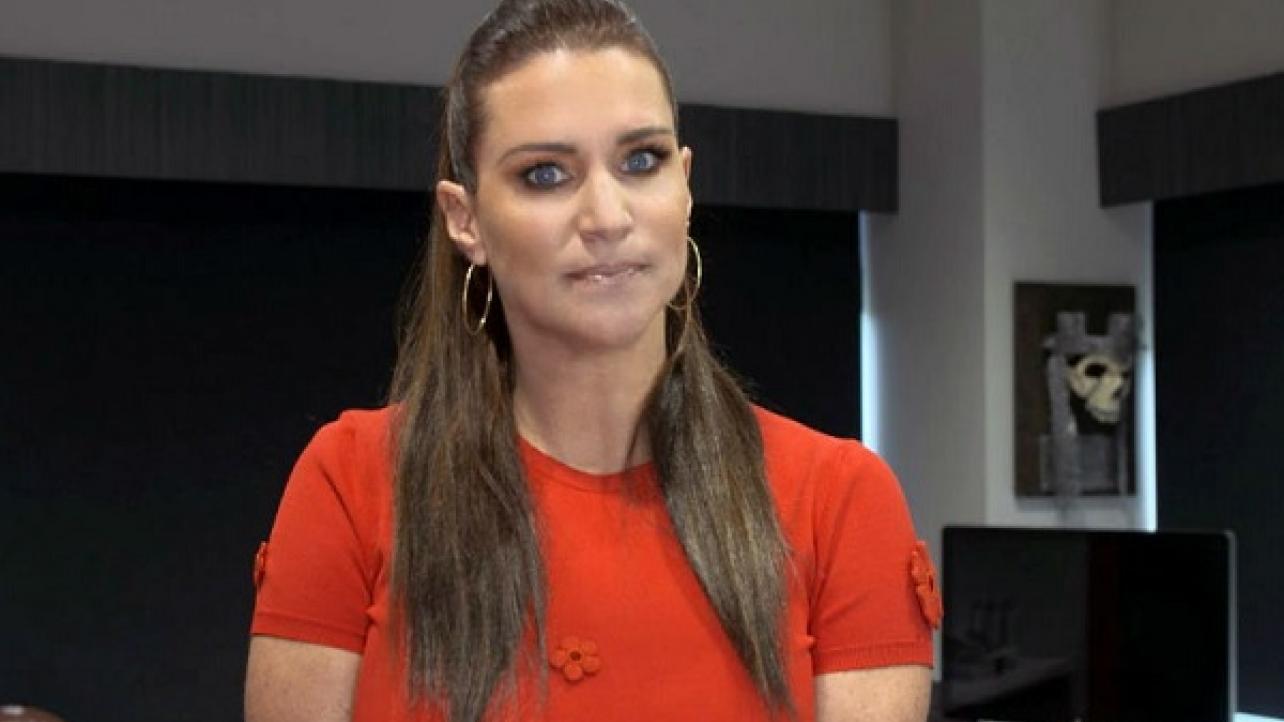 According to the WWE executive and on-air performer, who took part in the interview just before the WWE Crown Jewel 2019 pay-per-view in Saudi Arabia this past Thursday, spoke about the company’s focus being more on pulling off the first-ever women’s match in Saudi Arabian history.

“We did consider it,” Stephanie revealed. “A lot of our focus has been on having this particular match as a part of this PPV in Saudi Arabia. More to come on Evolution but it’s most likely not going to happen in 2019.”

Stephanie would also go on to discuss the impact she feels UFC Hall Of Famer “Rowdy” Ronda Rousey had during her run in WWE and if she helped bring more eyes to the women’s wrestling movement that has been going on as of late.

“I think Ronda was certainly a part of that, for sure,” she said. “You can look at Serena and Venus [Williams]. You can look at any number of female athletes who have been making such significant strides in their respective industries, Ronda being absolutely a huge part of that.”

Stephanie continued, “When you consider the history of what we call the Women’s Evolution, starting with that hashtag that trended for three days worldwide in 2015, called #GiveDivasAChance, which was specifically calling for better character development, better storylines, more athleticism from our women which ultimately led to us rebranding the Divas division to the women’s division.

“It led to unveiling a new championship belt more akin to the men’s but still feminine, announcing that our women would now be called superstars same as the men, which then led to our signing Ronda, our women headlining and maineventing PPVs, including for the first time ever this past April Ronda Rousey, Charlotte Flair and Becky Lynch being the first ever women’s main event of Wrestlemania at MetLife Stadium in front of over 80,000 people and breaking entertainment revenue records.”

Check out the complete Stephanie McMahon interview at BleacherReport.com.

So, why was there no #WWE #Evolution PPV this year? Allow @StephMcMahon to explain via the @BleacherReport (@BRWrestling) …