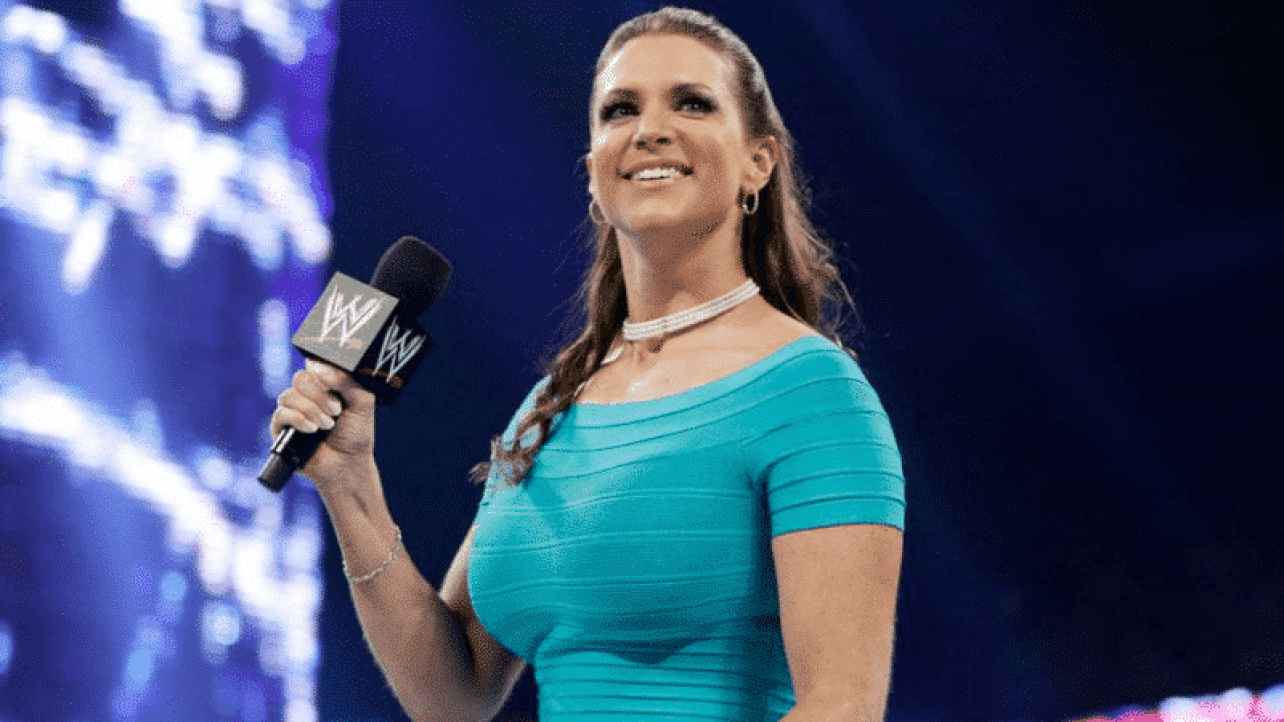 Stephanie McMahon Talks Andre The Giant, Celebrities She Would Like To Work With

Stephanie McMahon appeared on a previous episode of The Rich Eisen Show, where she discussed Andre The Giant, and celebrities.

The Chief Brand Officer of WWE spoke to Rich about growing up with Andre The Giant, and she told listeners:

“I pretty much grew up with Andre, and I considered one of my best friends. My mom used to call Andre my Gulliver. He broke his ankle, and I used to play in his cast because it was the size of my whole body. I remember after WrestleMania……there was a big afterparty at the Rainbow Room, and Andre and I did not feel like participating. We were sitting outside, and I fell asleep on his lap and People magazine actually came and took a picture. My parents wouldn’t let them identify who I was in the picture, so it said, ‘Andre the Giant slams Big John Studd.’”

Stephanie continued to talk about Andre, after Rich brought up that Andre appeared on WWE’s Most Wanted Treasures. McMahon shared her memories of the Hall of Famer, and mentioned:

“You never realize how much a physical object can bring back a flood of emotions, and it’s really that nostalgia factor. It’s like owning a piece of history. It’s kind of the reverse NFT. Speaking of Andre, we go looking for his passport as one of the objects. I actually didn’t even think of the thought of Andre’s passport to make me emotional, but it did. It just brought me to tears thinking about this man and everything he lived through as a giant…One of the reasons we bonded so much is, just growing up in the life I’ve had, I’ve always hated judgment. People just judging other people for whatever reason, and it bothered me how some people would treat Andre like a freak. I didn’t like that. I asked him one time when I was a little girl if it bothered him. He just looked at me and said that it did. Our friendship had started before that, and my mom tells the story that he came to our house and we had a trampoline outside. He walked over to the trampoline and put his hand out, and I stepped in his hand. He brought me up to his cheek and I kissed his cheek. I don’t remember that, but my mom tells that story and it’s pretty cool. So, his passport brought back this flood of emotion for the man and everything he lived through.”

Stephanie followed up the discussion about Andre by talking about celebrities she would like to work with in WWE. Stephanie name dropped a popular sports duo, and said:

“From an athlete perspective, I would love to see the Williams’ sisters [Venus and Serena] either individually or together. There are so many incredible female and male athletes out there that I would love to bring into WWE. From a celebrity standpoint, in addition to the ones we’ve already worked with, I think it could be really cool to work with Cardi B. She had a tweet she put out not long ago which was in reference to her name on the show. I think she’s so colorful herself and so vivacious and full of life that I think she would even bring it up a notch in WWE. I think she’d be awesome”.

Which celebrity would you like to see compete in a WWE ring? Name a few in the comments section!

Stephanie McMahon Talks Andre The Giant, Celebrities She Would Like To Work With