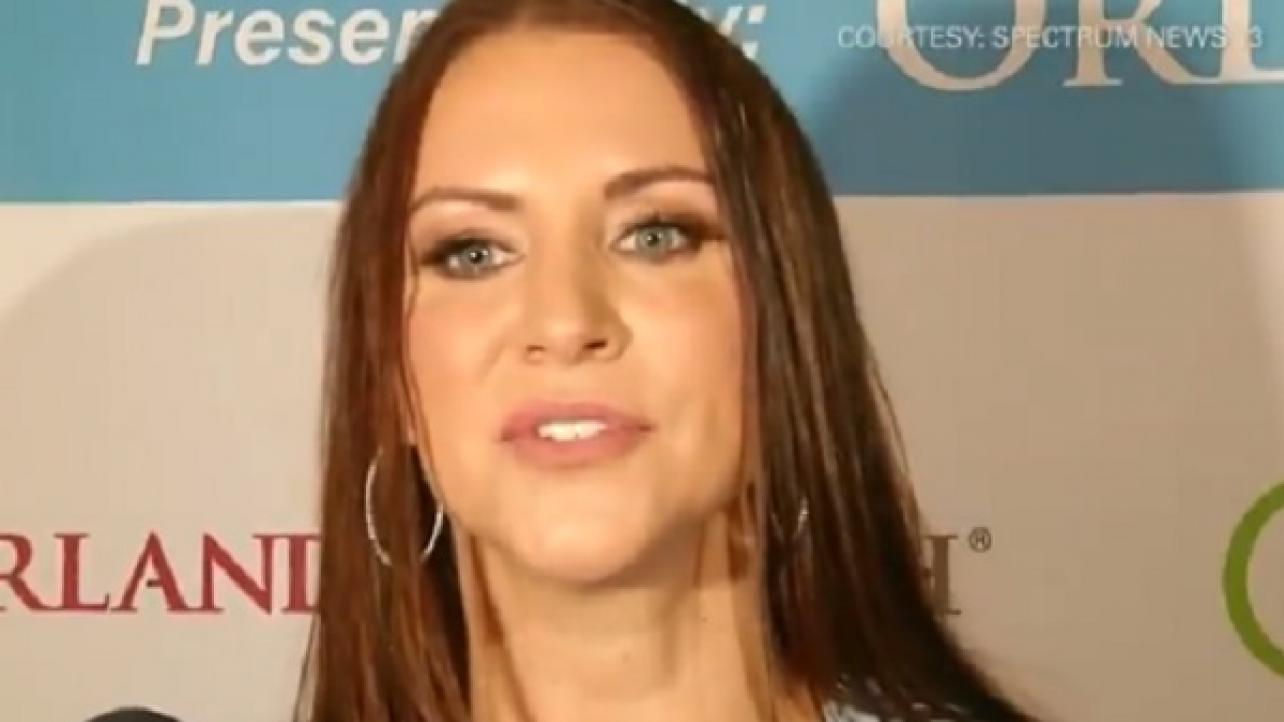 Stephanie McMahon gave an update on WWE’s effort to make history in Saudi Arabia during her speech at the Celebrating Women in Sports Luncheon event on Wednesday.

During the event, the WWE executive and on-air performer was asked about WWE’s dealings in Saudi Arabia and the correlation to women and their female WWE Superstars performing at their events in the market.

According to Stephanie, WWE will, in fact, promote and present a women’s match in the Saudi Arabian market “in the near future.”

On Spectrum Sports 360, Stephanie McMahon gave an interview after her speech where she spoke more about the subject.

.@WWE‘s @StephMcMahon is speaking at the Celebrating Women in Sports Luncheon. @DespinaBarton asked about #WWE‘s dealings in Saudi Arabia and the correlation to women. McMahon believes there will be a women’s match “in the near future.” More from her tonight on @SpecSports360. pic.twitter.com/29C38r0WP6

Stephanie also appeared at the Greater Orlando Sports Commission’s “Celebrating Women In Sports” event this week. Afterwards, she took to social media to thank some people.

“Thank you [Greater Orlando Sports Commission], [Orlando Mayor Buddy Dyer] and [Orange County Mayor Jerry L. Demings] for all you are doing to support Women In Sports,” wrote Stephanie via her official Twitter page. “And congratulations Marci and Donna on your Women in Sports Leadership awards and Shelly on your Rising Star award.”

Stephanie’s tweet, which also contained several photos from her appearance at the event (see below), concluded, “It was an honor to share the stage with you and [FOX 35’s Danielle Knox]!”

Thank you @GreaterORLSport, @orlandomayor & @OCFLMayor for all you are doing to support #WomenInSports. And congratulations Marci & Donna on your Women in Sports Leadership awards & Shelly on your Rising Star award. It was an honor to share the stage with you & @Fox35Danielle! pic.twitter.com/lgIRt40pqm

What a great afternoon! Thanks so much @GreaterORLSport, @StephMcMahon, all the amazing Women In Sports winners, community leaders and @OCFLMayor for an amazing event ! And what’s a great event without a great selfie! #FOX35 pic.twitter.com/oC1jfKXejt