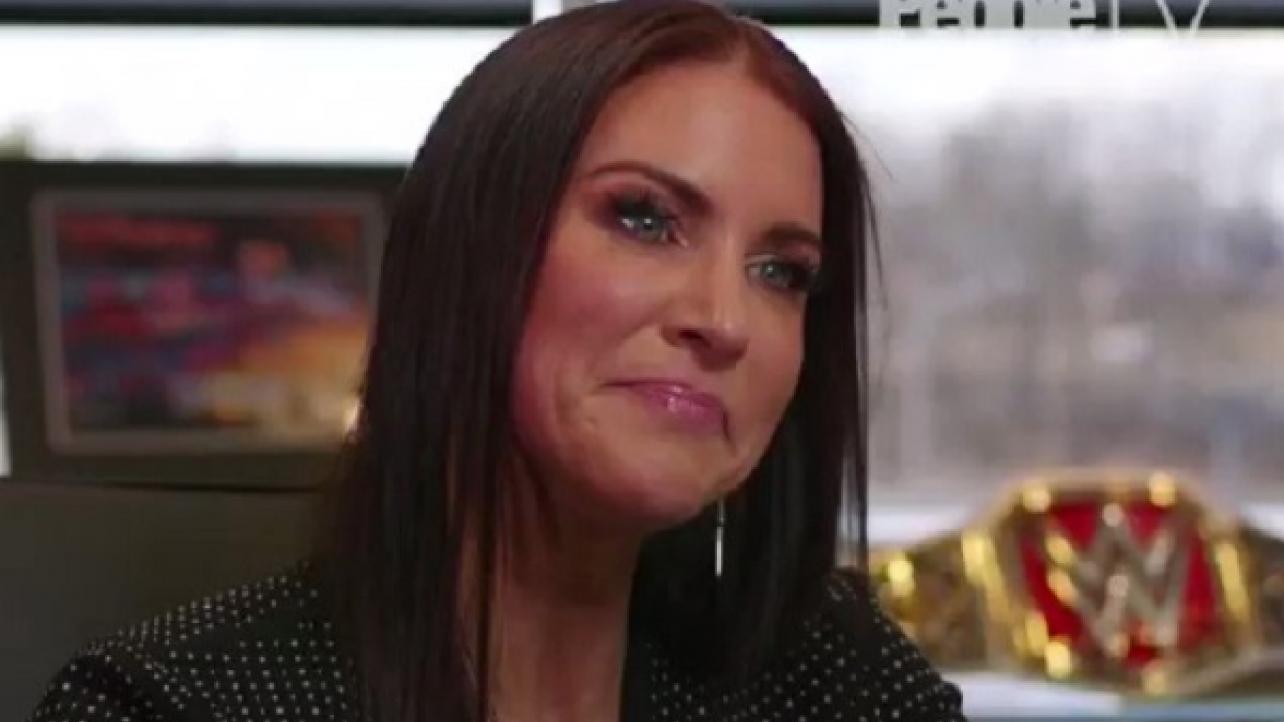 Stephanie McMahon To WrestleMania Headliners: “You Are Right Where You Belong!”

As noted, WWE recently released an in-depth look at various Superstars reacting to the history making news about the first-ever women’s main event closing the show at WrestleMania 35 this year in a special new installment of the WWE digital series, WWE Now.

In addition to that feature and other recent reactions we have posted since the announcement on Tuesday (Read reactions from: Ronda Rousey, Becky Lynch, Charlotte Flair and Triple H), another person has chimed in to give their take on the news.

Stephanie McMahon took to social media on Wednesday to comment on the big announcement regarding the Ronda Rousey vs. Becky Lynch vs. Charlotte Flair match for the RAW Women’s Championship closing the show at WrestleMania 35 next month as the first-ever women’s match to headline WWE’s biggest annual event.

“For the [first] time in 35 years, women will headline [WrestleMania],” wrote Stephanie via her official Twitter page on Wednesday afternoon. “[You earned it],” she continued. “I’m so proud of all the women who paved the way [and] grateful to our fans who made it happen!”

Stephanie concluded, “Thank you [WWE Universe], [Becky Lynch], [Charlotte Flair] [and] [Ronda Rousey]! You are right where you belong!”

WrestleMania 35 takes place at MetLife Stadium in East Rutherford, New Jersey on Sunday, April 7th. The show will stream live via the WWE Network, and will be available on traditional pay-per-view as well.

For the 1st time in 35 years, women will headline #WrestleMania. #YouEARNEDit! I’m so proud of all the women who paved the way & grateful to our fans who made it happen! Thank You @wweuniverse @BeckyLynchWWE @MsCharlotteWWE & @RondaRousey! You are right where you belong! https://t.co/jYeBI84A5R

Stephanie McMahon To WrestleMania Headliners: “You Are Right Where You Belong!”