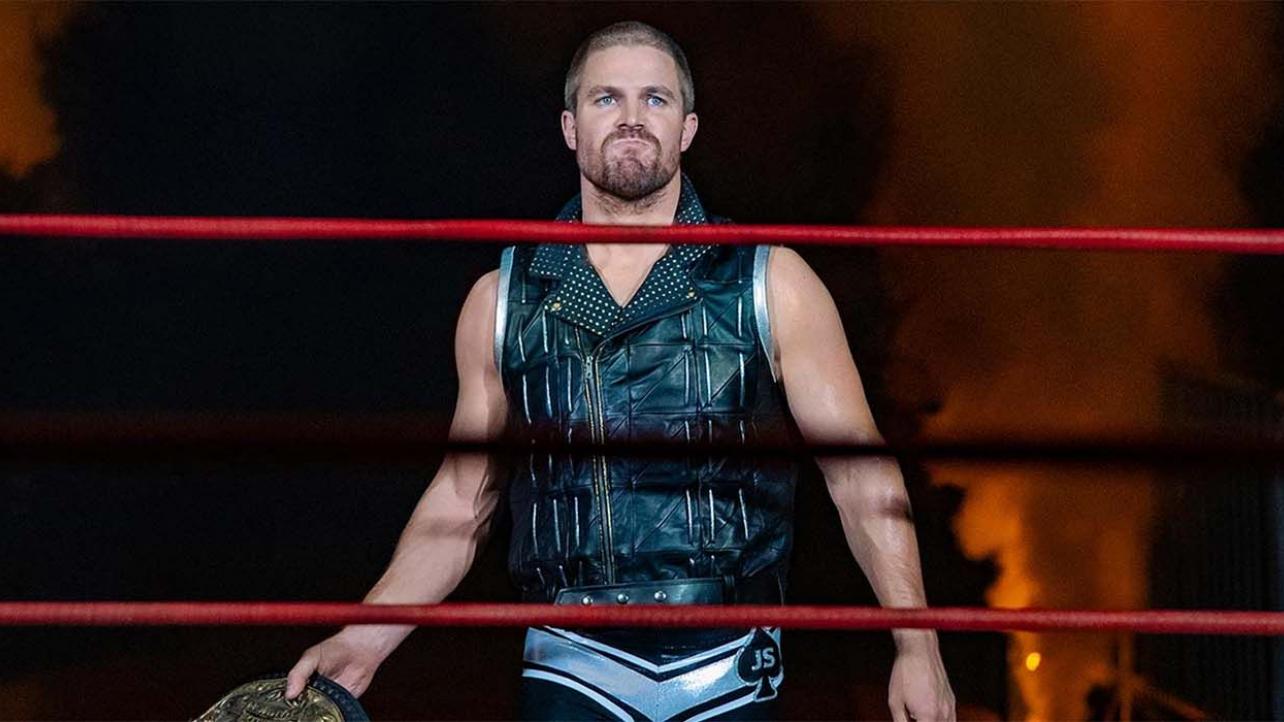 Actor Stephen Amell recently joined the Busted Open Radio program to promote his new wrestling centered Starz series Heels, and discuss the rumors of former WWE champion CM Punk potentially returning to the industry after a 7 year absence. Amell, who has worked as a wrestler for WWE and performed at ALL IN, also discusses Punk’s role on the show and how he can still “go in the ring.” Highlights are below.

Stephen Amell on how Punk ended up doing his new show, Heels:

“Phil [Punk’s real name] came, and it was a blessing. We had another actor, not a wrestler, set for the role of Ricky Rabies, but scheduling-wise it didn’t end up working out. All of a sudden, we got CM Punk on the show. I got to train with him a bit. Phil was so great in and out of the ring that we ended up bringing him back for the finale. Ricky Rabies and Jack Spade shared some bonding moments, mostly with Phil on the toilet, but it still counts.”

Says he doesn’t know if Punk is coming back but knows that he can still go:

“I don’t want to betray stuff that I’ve talked about with Phil. I actually texted him when all this stuff broke like, ‘You coming back?’ He sent me back a photo of a cat shrugging. As a general rule, anything in the world of pro wrestling that is going to piss Vince McMahon off and get his competitive juices flowing, is probably good for business. The one thing I know for sure is that Phil can still go. He’s in great shape. I would love to see those guys in AEW or WWE. Phil vs. Triple H, you name it, it’d be great.”