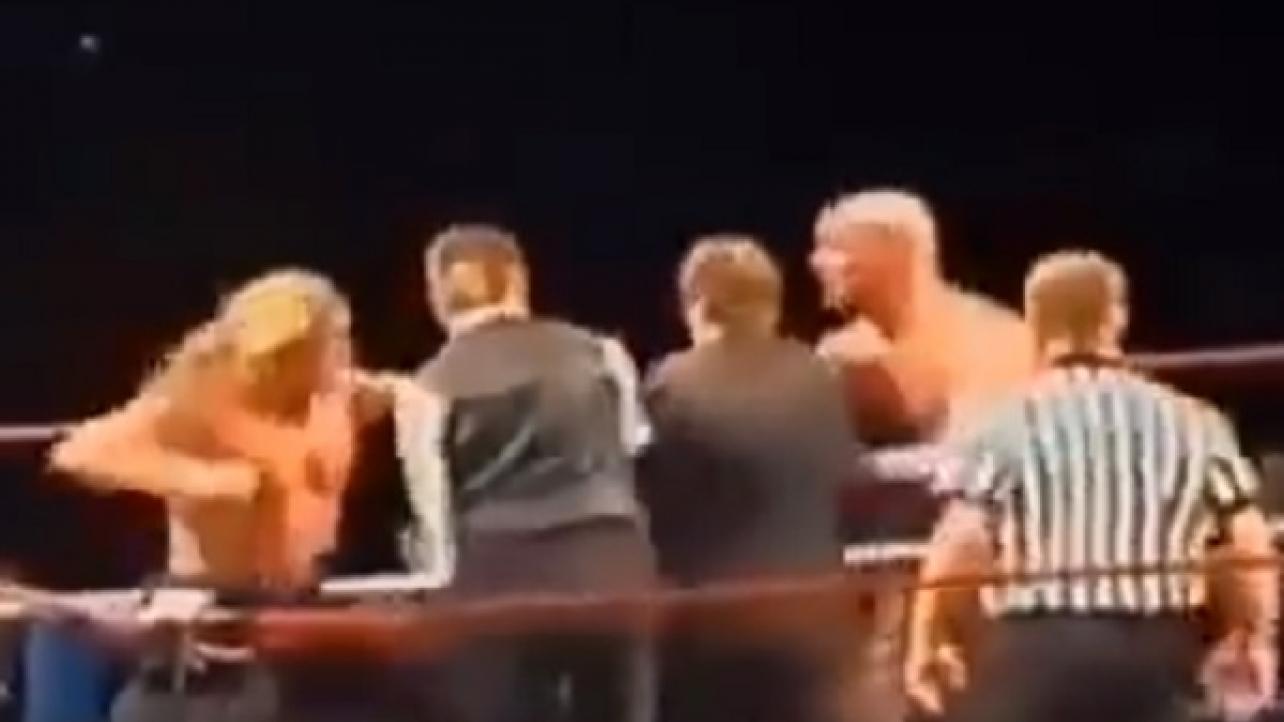 “Stone Cold” Steve Austin recently shared a cool story on his Steve Austin Show podcast about Triple H beating the hell out of a fan who ran in the ring at a WWE live event during the infamous “Attitude Era.”

And now we have the video footage to go with it!

“The Texas Rattlesnake” took to social media this weekend to share a video of the fan who hit the ring and got the living hell pummeled out of him by Triple H and the WWE referee in the match.

“Triple H [is] a stand-up cat,” said Austin when beginning to describe the story behind the video. “He picked that dude up, slammed him and started punching his lights out.”

From there, the WWE Hall Of Famer spoke about having a face-to-face talk with the fan backstage after the show, and explained why he couldn’t help “The Game” put the boots to him in the ring while everything was initially going down.

“And I couldn’t do anything, I couldn’t help beat the guy up, I’m the babyface,” said Austin. “But Triple H was watching my back, and he beat the snot out of that guy. I went backstage and I had a couple of words with the guy. I didn’t take a cheap shot at him or nothing like that, but I had a little ‘Come-to-Jesus-meeting’ with him and let him know how I felt.”

Austin concluded, “But I always gave Triple H credit for doing that.”

Check out the video of the incident, as well as audio of “Stone Cold” telling the story as you watch it unfold, below.