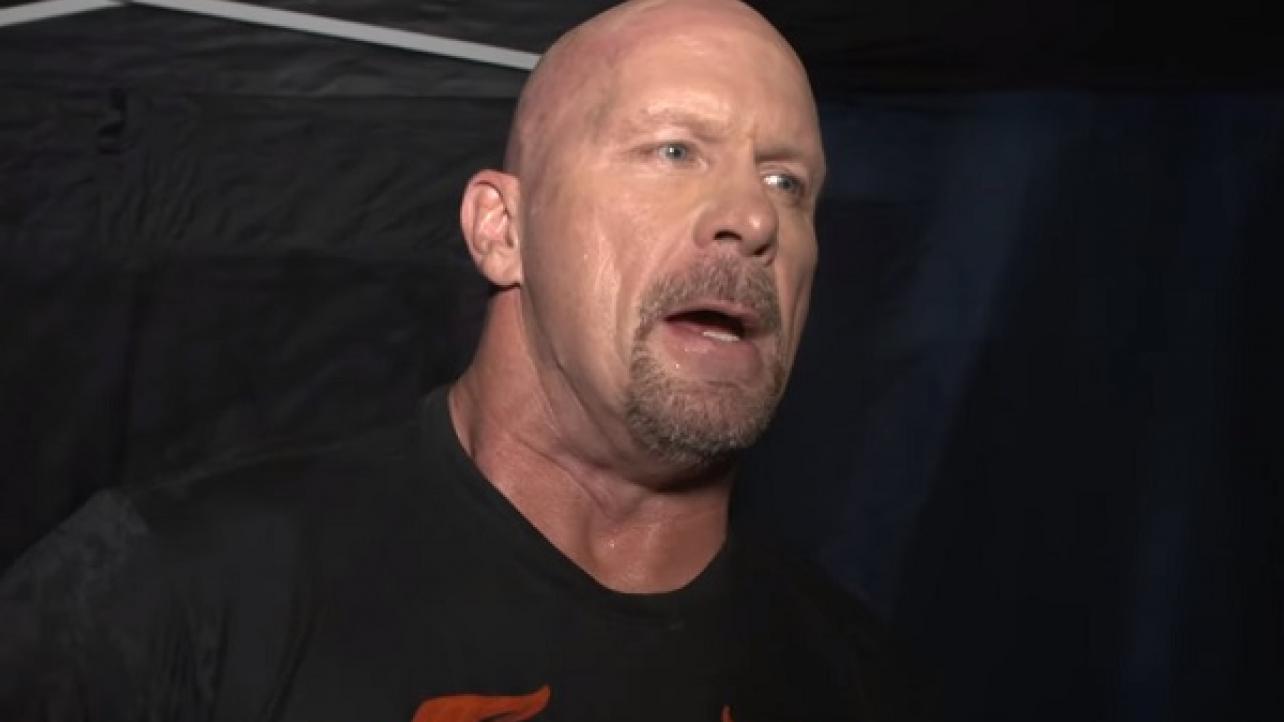 Steve Austin On Tag-Team Wrestling In WWE: “It Just Ain’t What It Used To Be”

WWE Hall Of Famer “Stone Cold” Steve Austin has some strong opinions on certain pro wrestling topics, and tag-team wrestling is one of them.

On his Steve Austin Show podcast this past Tuesday, which featured special guest Paul Lazenby, “The Texas Rattlesnake” took some time out to talk at length about the subject of tag-team wrestling.

On the struggles today’s tag-team scene faces that didn’t exist back in the day: “Man, and that’s the thing. The tag team scene just ain’t what it used to be and that’s not knocking any team that’s out there. I’m just saying there aren’t as many teams and they’re not together as long to build the history, the chemistry, and you just know what the other guy is going to do when you go out there. You have four different people out there and a referee. With all the minds and all the different tricks you can do, there’s so much to watch, so I love tag team wrestling. It’s just that it [has] kind of faded off a little bit and that’s with all respect to the tag teams still out there doing good work. It just has changed.”

On whether or not he thinks his old tag-team, The Hollywood Blondes, with the late Brian Pillman, should be considered among the best of all-time: “Hell no, we’re not even close! We’re not even in the top 15 or 20. Brian and I were good for the time we were together. We could’ve been excellent! But we were good and had we had as much time together or as many matches as a lot of other tag teams, I venture to say we would have been in the conversation. But no, we’re not in the conversation. We never were, but, man, did I have a lot of fun with Brian. Were we good? Damn right! Did we have chemistry? Yes, we did! But we’re not in that conversation, not even close to it.”

On the long run of WWE Hall Of Fame tag-team Harlem Heat — Booker T and Stevie Ray: “I can’t leave off Booker T and Stevie Ray. We tried to open the show with some Stevie Ray Vaughan and it didn’t work! When they showed up on the scene at WCW way back in the day, it was like two guys show up and they’re both big and jacked up, and they got some charisma about them, and they’ve got some edge about them. And it turns out they can work too. And yeah, one of them is really athletic, so Harlem Heat had a hell of a damn run!”

On present day tag-teams that have left a lasting impact on him: “I love The Revival — [Scott] Dawson and Dash [Wilder]. But I also liked when they were having those matches with, back at the time when they were a team and when they weren’t feuding and they would go on to have lights out singles matches, [Johnny] Gargano and [Tommaso] Ciampa.”

Check out the complete episode of the Steve Austin Show featuring the above discussion at PodcastOne.com.

Steve Austin On Tag-Team Wrestling In WWE: “It Just Ain’t What It Used To Be”